By Jim Calfa: Shakur Stevenson looked emaciated in coming in at the limit at 130 pounds. Oscar Valdez weighed in at 129.6 lbs, appearing much healthier in appearance for their super featherweight unification fight this Saturday night, April 30th, at the MGM Grand Garden in Las Vegas.

The underdog Valdez (30-0, 23 KOs) looked excellent, not appearing drained and with a determined look on his face.

It’s unlikely that Valdez will gain much weight overnight, as he’s a natural super featherweight and NOT a weight bully.

He may have had trouble making the 130-lb limit today as thin as Stevenson looked. Stevenson’s appearance was disturbing, and you’ve got to wonder how much water weight he’s going to pack overnight when he rehydrates.

It won’t be surprising if Stevenson is in the mid-150s when he enters the ring on Saturday night against Valdez.

As it is, Shakur is huge for the weight class and should be moving up to 135 or 140 to compete against fighters his size. Still, it’s an advantage to have a considerable size advantage over his opposition at super-featherweight.

WBO super featherweight champion Stevenson (17-0, 9 KOs) continued to stare down WBC champion Valdez (30-0,23 KOs) after turning away from the face-off.

Looking nervous, drained with a smile that seemed 100% fake, Stevenson was distraught and trying to gain a mental edge over Valdez before Saturday’s main event fight.

“I got control over going into the ring to go do what I got to do,” said Shakur Stevenson to the media. “I’m not worried about what’s going on outside the ring and how many people it is. It’s only me and Oscar in there.

“I think certain people got biased opinions,” said Shakur when asked to respond to the media viewing him as a “boring fighter” due to his unwillingness to stay in the pocket and his habit of pulling back to the outside after throwing single shots.

“People are going to say what they want to say regardless,” Shakur said. “I can go beat Valdez, and the next excuse will be, ‘He’s too little.’ When I beat [36-year-old Jamel] Herring, they said, ‘He’s too old.’

“You’re going to get critics, so I can’t take anything they’re saying to heart no more because there’s a lot of people behind keyboards. You never know who’s behind the keyboard.

“It might be a little three-year-old playing around,” said Stevenson in failing to recognize that it’s not just the media that have been saying he’s a “boring fighter.” The fans have been saying that as well. 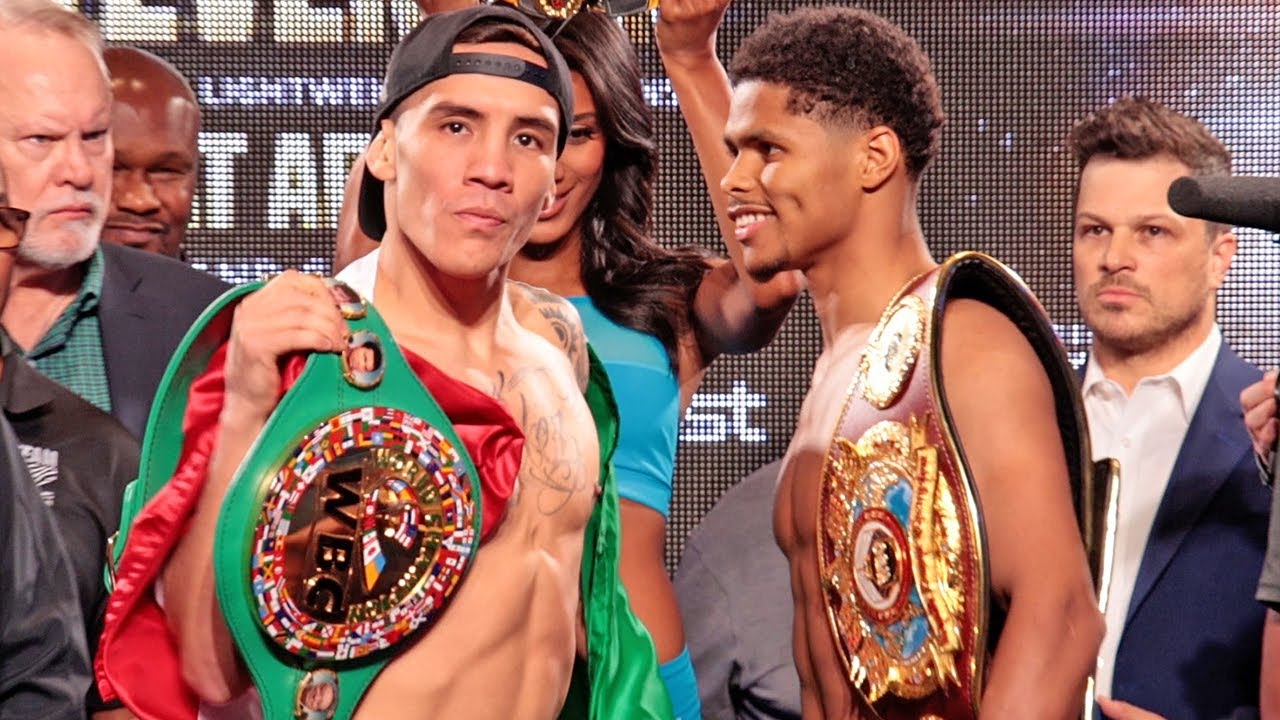 
« Jessie Vargas vs. Liam Smith – angry face off at weigh-in