By Dan Ambrose: Luis Ortiz is furious after learning that Andy Ruiz Jr. will be fighting little-known Tyson Spong next on July 16th instead of him.

The press release stated that 80,000 fans are expected to attend the Ruiz vs. Spong fight in Mexico City on that date, which is very hard to believe because it’s a tune-up or it would be if Ruiz were still facing high-caliber opposition.

Ortiz believes Ruiz has lost his hunger to fight good opposition at this stage in his career, and he could be right.

In Ruiz’s last fight, he fought 40-year-old journeyman Chris Arreola last year in May 2021. With Ruiz now facing Spong, it could be that this is the type of opposition that he plans on fighting for the remainder of his career.

The highly ranked two-world heavyweight world title challenger Ortiz (33-2, 28 KOs) says Ruiz led him to believe that he would be his next opponent, but now he finds out that he’s facing a kickboxer in Spong.

Not surprisingly, the #7 WBC ‘King Kong’ Ortiz is upset about Ruiz choosing to take a weaker path by facing the 36-year-old non-contender Spong (14-0, 13 KOs) next on July 16th.

It’s unclear how much Triller Fight Club is paying Ruiz for this fight against Spong. Placing it on pay-per-view is a cruel joke because the numbers will likely be terrible.

Spong has been fighting guys that most boxing fans have never heard of, so it’s confusing why Ruiz would be fighting him. If the idea is for Ruiz to get another tune-up, he should have fought a bottom fringe contender in the top 15 instead of Spong.

“He’s a coward, a coward down the line,” Luis Ortiz said to Elnuevoherald about Andy Ruiz choosing to fight Spong instead of him.

“He could have chosen a real boxer, a renowned rival. He knew how badly I wanted to fight him, but he decided to take an easy route,” said Ortiz.

With Ruiz’s reported net worth of $10 million, according to Celebrity Net Worth, perhaps he doesn’t need to fight quality opposition.

If the idea is for Ruiz to pad his record against tomato cans long enough for one of the heavyweight champions to throw him a bone for a title shot, it makes sense for him to fight guys like Spong and Arreola. It’s pathetic, but it makes sense.

“For a while, Ruiz led the fans to believe that a fight with me was possible, but we already see the exit he took.

“I fear that this fight that the fans and I, in particular, want so much, will never happen,” Ortiz said. “I think he has lost the hunger to really fight, to have meaningful fights.” 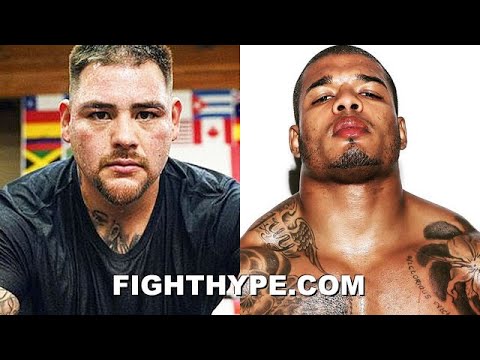