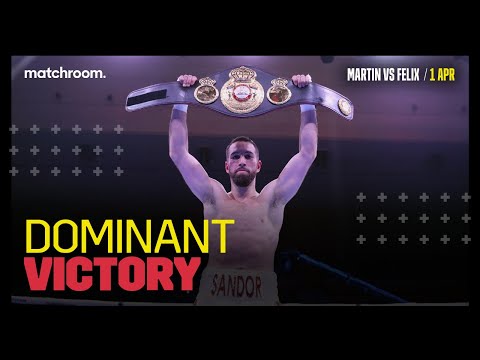 In the final minute of the second round, a right cross from southpaw Martin on the side of the head of Felix almost dropped him. In the fifth round, Martin had his way up until the final half-minute when Felix, off the ropes, landed a left on the chin of Martin, driving him back several steps.

In the sixth round, Martin again took control of the fight countering Felix with lead lefts to the chin several times. Martin drove Felix halfway across the ring with a left on the chin that could have been called a knockdown by Referee Manuel Oliver Palomo but wasn’t.

In the eighth round, Martin continued to dominate Felix. At the end of the ninth round, what looked like a knockdown from a left on the chin from Martin again was not ruled a knockdown by referee Palomo. In the tenth and final round Martin in the final minute, had Felix against the ropes and in trouble. In the last seconds again, Martin had Felix in trouble with a left on the chin.

In the first two rounds, it was all Carmona. Halfway through the third round, both landed punches simultaneously, with Carmona being knocked back several steps. In the fourth round, Cordova continued being the aggressor chasing Carmona, landing body shots when he caught up to the countering Carmona.

In the sixth round, the former title challenger Cordova in an all-action match got the better of Carmona. In the eighth round, Cordova had Carmona against the ropes with a big right hook on the chin in the final minute of the round.

Thirty seconds into the ninth round, an overhand left from Carmona on the chin and down went Cordova, who quickly got up before Referee Alfonso Monroy gave him an 8-count. Cordova got back into the fight the rest of the way again, chasing Carmona.

In the tenth and final round, Carmona was exhausted, grabbing Cordova for the most part, trying to get to the final bell. In the final minute, a right from Cordova opened up a cut on the left eyebrow of Carmona.

At the end of the second round, a left hook from Obregon on the chin dropped Lomotey, but Referee Raul Gonzalez called it a slip. In the fifth round, referee Gonzalez took a point from Lomotey for continuous use of his head.

In the seventh round, Lomotey outworked Obregon backing him up midway with a body shot. In the eighth and final round, both had their moments, with Obregon having an edge at the end. 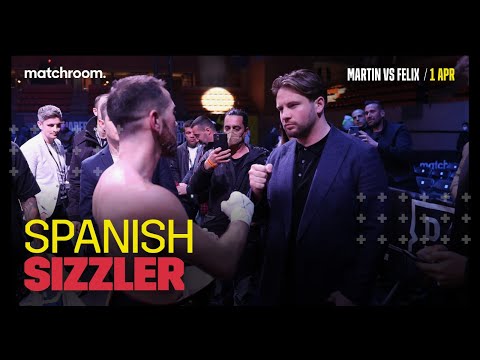 In the first round’s final thirty seconds, Guanini rocked Levy with an overhand right. In the final seconds again, Guanini hurt Levy with a left hook to the chin. In rounds two through six rounds, Guanini dominated the action. In the eighth and final round, Levy came out knowing she was behind, looking for a stoppage, and rocked Guanini.

A minute into the round, Levy landed a right on the chin of Guanini, driving her into the ropes, which should have been called a knockdown by Referee Salvador Salva. It was a big round for Levy but too little too late, suffering a bloody nose in the round.

In the first three rounds, Sep was the aggressor, but the taller Bolotniks countered him well with double left hooks taking two of the rounds. In the fourth through the sixth rounds, it was close, with Sep ending both rounds with a flurry of punches. Bolotniks hurt Sep in the final minute of the sixth with a left hook to the body.

In the seventh round, Bolotniks put together a 3-punch combination at the halfway point to the chin of Sep. In the eighth and final round, it was all action, with Bolotniks having an edge. Referee was Alfonso Monroy.

Kell Brook doesn’t have a lot of options, should have fought Conor Benn says Frank Smith »