By Jack Tiernan: IBF featherweight champion Kiko Martinez defends against Josh Warrington in their rematch next Saturday, March 26th, live on DAZN at the First Direct Arena in Leeds, UK. The fight event begins at 3:00 p.m. ET on DAZN. 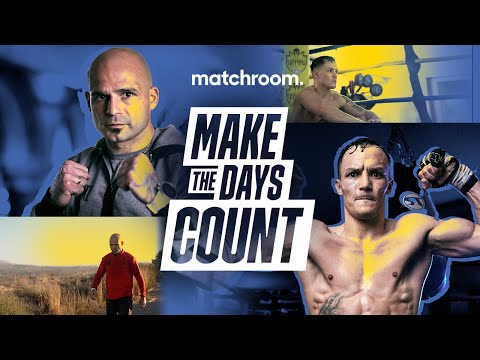 Many boxing fans felt that the Spaniard Martinez had done more than enough to get the win, but with the fight taking place in Warrington’s backyard in Leeds, that may have played a significant factor in the results.

Kiko recently captured the IBF 126-lb title, stopping champion Kid Galahad in the sixth round in a heroic come from behind win in Sheffield, UK.

In 2021, Warrington vacated the IBF rather than face Galahad in a rematch. Galahad then won the vacant IBF title with an 11th round stoppage over James Dickens last August.

After vacating his IBF title, Warrington was stopped by Mauricio Lara in the ninth round last year in February 2021.

In the Lara-Warrington rematch last September in Leeds, the fight was ruled a two-round technical draw after Lara was cut from a clash of heads.

“Yes, I think the judges made a big mistake in scoring the fight as they did,” said Kiko Martinez to Matchroom Boxing about his loss to Warrington in 2017.

“I feel I either won the fight or, at the very least, it was a draw, but he didn’t win,” Kiko continued. “You can’t win the fight by running. He was on his bike the whole fight.

“Go after him, and destroys him, and win even more convincingly than I did when I beat him in the first fight. I feel I won the first one, but I have to go out and give even more because I know I won’t be awarded the win easily or fairly.

“So, I know I need to destroy him on March 26th. Yes, that’s what motivates me—going to another country with everything against me with 15,000 against me and silencing them.

“That’s what excites me, and I’ll shut up the whole of Leeds once again. After the fourth round [in 2017], Leeds fell silent. They were silent. The arena was silent, and all you could hear was, ‘Ooh, ooh.’ I’ll do that again, but it’ll be worse.

“The positives are that he throws a lot of combinations, he moves well and knows how to fight, he’s a very good boxer, he’s very skillful. And his weakness is he doesn’t hit hard.

“He’s not a boxer that hits hard. He doesn’t hurt you. I promised my family if I lost, I would retire, and I think he’ll do the same. I think he has the same obligations as me, win or retire.

“So, I feel now we’re at the point after five years of ending our careers, and I think neither of us what to do that at the moment,” said Martinez.

Joshua vs. Usyk in June, Eddie Hearn believes it will happen »