Jack Catterall not satisfied with judge being downgraded

By Barry Holbrook: Jack Catterall isn’t satisfied with the British Boxing Board of Control [BBBofC] downgrading judge Ian John-Lewis for the 114-111 score he turned in for his 12 round split decision defeat against undisputed light welterweight champion Josh Taylor on February 26th.

In a post on Twitter, Catterall (26-1, 13 KOs) said, “Not good enough” in response to the Board’s decision to downgrade the judges Ian John-Lewis.

The money that Catterall would have made had the judges given him the victory over Taylor would have been huge, possibly in the millions.

Instead of getting that money, Catterall has a defeat on his record and is no longer mandatory for the WBO belt.

While it’s possible that the World Boxing Organization will order him and #2 WBO Arnold Barboza Jr. to fight for their 140-lb title if/when Taylor vacates the strap, that’ll be just for the single title, not all four.

Even if Catterall wins, he won’t be the undisputed 140-lb champion, and the money he would make as a single-belt champion would likely be not nearly as good.

Despite downgrading John-Lewis for the score, the BBBofC determined that his score didn’t impact the overall results of the fight, meaning that Catterall’s defeat will stand and not be overturned.

Downgrading the judge won’t change the outcome and the Board chose not to order a rematch.

Of course, even if they had, it wouldn’t guarantee Catterall getting a rematch because Taylor (19-0, 13 KOs) has already made his intentions known that he’s moving up to 147.

Taylor said might be willing to entertain the idea of a rematch with Catterall, but it would be at a catchweight in the welterweight division.

In other words, no titles on the line, and it would be a simple fight with nothing to gain other than revenge for Catterall.

It’s better than nothing obviously, but still, it wouldn’t result in Catterall winning the four belts and making life-changing money. A rematch between the two would likely take place in Glasgow Scotland once again, considering that Taylor would be the A-side and would call the shots.

“Bob Arum has come and said Josh Taylor won by two or three rounds,”  said Eddie  Hearn to iFL TV in commenting on Taylor’s victory over Catterall. “Dan Rafael said it was a really close fight.

“No, that’s done,” said Hearn when he was asked if the Board’s downgrading of Ian John-Lewis changes anything. “Now, his [Catterall] team has to work with the governing body [WBO] to determine how does Jack Catterall get another opportunity.

“He should be the unified undisputed world champion. He’s not, so now he’s got to move forward with his career. At least action, that’s what we want to see,” said Hearn.

“A lot of the people scored the first half of the fight in different ways. A big element was what work you preferred. In some of the rounds, I think Jack clearly won. I’m not arguing against that.

“I think in some of the rounds, Jack had good moments, but the overall momentum and outcome of the rounds some people would have said that Josh’s work was more effective overall.

“I just think that people come to different scorecards but to get to that conclusion of the scorecard. People come to it in different ways, and that suggests that it was a close fight and a hard fight.

“I’m not taking anything away from Jack. If it had gone the other way, we wouldn’t have had much of an argument but I think it was one of those types of fights. 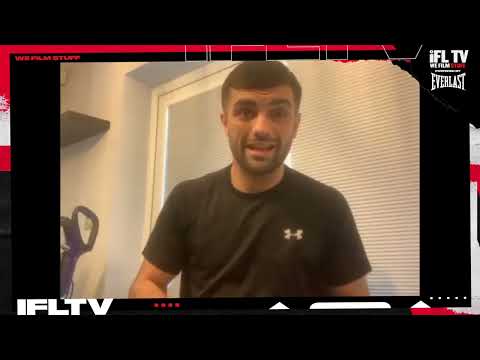 Should Anthony Joshua fight a southpaw? »