By Chris Williams: In the biggest hint yet that Terence Crawford will be taking place this year, Errol Spence Jr. made it clear today that he’s got two more fights left at 147 before moving up to 154.

IBF/WBC welterweight champion Spence (27-0, 21 KOs) says he’s done with 147 after capturing the last two titles, not in his possession.

Spence is facing WBA champion Yordenis Ugas on April 16th, and if he wins that fight, then WBO belt holder Crawford (38-0, 29 KOs) will be his final hurdle.

Boxing fans will finally get the opportunity to see who the best fighter is in the welterweight division. The fans who have been raving about how great Crawford is may be in for a shock if Spence exposes him.

“I been done with this weight,” Errol Spence Jr said to DAZN Boxing Show about him moving up to 154 after fighting two more times at 147.

We haven’t seen Crawford drawn into any brawls since he moved up to 147, and it’ll be interesting to see if he’s up to the task against Spence. Is Crawford rugged enough to handle a grueling war with Spence for 12 rounds?

We saw Crawford lose the first three rounds before stopping a weigh-drained over-the-hill Kell Brook in 2020 and dropped in the fifth round by Egidijus Kavaliauskas in 2019. Those fights showed that Crawford isn’t as good as some fans think is right now.

Spence and Ugas (27-4, 12 KOs) are headlining next month on Showtime pay-per-view at the AT&T Stadium in Arlington, Texas. On paper, this is Spence’s most challenging fight since his victory over Shawn Porter in 2019.

The 32-year-old Spence isn’t expected to intentionally fight the Cuban fighter Ugas’s style to give him a handicap as he did with Mikey Garcia and Porter.

Spence’s decision to brawl with Porter on the inside in their fight in 2019 made the fight more challenging than if he boxed him the way Kell Brook had done in 2014.

With Ugas, Spence will have to brawl with him a certain amount of the time because he has excellent boxing skills, and he would be more than happy if the contest were to take place at long range.

The 35-year-old Ugas’ best chance of winning is if Spence boxes him rather than uses his power, body punching, and inside game to wear him down.

“I think so. If it makes money, why not?” said Spence when asked if he’d be interested in fighting IBF/WBA/WBC junior middleweight champion Jermell Charlo after he moves up to 154.

“We’re brothers, so brothers are supposed to break bread. We’ll cross that bridge,” Errol said of a fight between him and Jermell. It’s a discussion for me and Jermell to have. If we decide to fight each other, it would be a huge, mega-fight in Texas.”

A fight between Spence and his gym-mate and friend Jermell Charlo is very, very unlikely ever to happen. Those two are too close ever to fight, and besides that, Charlo is pretty flawed as a fighter, as we’ve seen in his fights with Brian Castano and Tony Harrison.

Charlo (34-1-1, 18 KOs) deserved a loss in his last fight against Castano in July of last year, and there’s an excellent chance that Jermell will lose the rematch on May 14th.

The guys that Spence needs to worry about at 154 are Tim Tszyu, Castano, Erickson Lubin, and Israil Madrimov.

“If the money makes sense at 160lbs, for sure,” said Spence about the possibility of going up to middleweight in the future. 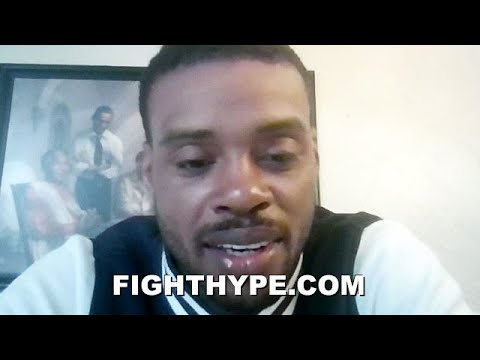 
« Garcia vs. Tagoe At The Alamodome on April 9, LIVE on DAZN