By Dan Ambrose: Tim Bradley thinks WBA light heavyweight champion Dmitry Bivol might be the guy to defeat Canelo Alvarez and give him a rare defeat on May 7th.

In selecting Bivol, who is arguably the weakest link among the champions at light heavyweight, Canelo has less to worry about in terms of potentially getting knocked out like he would if he fought the dangerous champions Artur Beterbiev and Joe Smith Jr.

Bradley feels that Bivol could be a trap for Canelo with his ability to move, box, and throw combinations.

Unlike the fighters Canelo has been fighting recently, Bivol has a high ring IQ, and isn’t going to back up against the ropes and stay there the way Billy Joe Saunders and Callum Smith did.

Canelo getting another strap

For Canelo to turn down the bigger offer of $100 million+ offered to him by PBC to fight Jermall Charlo and David Benavidez, he made it obvious to everyone that he didn’t want any part in fighting those two.

Still, Canelo could lose to Bivol and Gennady Golovkin, even though he picked them, believing they’re beatable.

“I wanted to see him against [Jermall] Charlo. I thought that would be an interesting match-up,” said Tim Bradley to K.O Artist Sports about Canelo Alvarez. “As far as credibility goes, Charlo has more credibility.

“He’s a champion in two weight classes, and I thought it would have been interesting to see him against that kind of guy that can punch and is dangerous as Charlo is with his championship experience,” Bradley continued.

“But I like the Bivol fight, I really do. But from a financial standpoint, I heard PBC offered him [Canelo Alvarez] hundred million dollars and whatnot. People might say, ‘That’s crazy,’ but what’s important in this business of boxing is relationships with the person you’re in bed with, you know?

“Who you feel comfortable with, that’s who you’re going to go with,” said Bradley.

“That’s with anything, but I like the move; I think it’s a great fight; it’s a challenging fight,” Bradley said of Canelo taking on WBA 175-lb champion Bivol.

“He’s getting another strap [if he wins] out of a different weight class. He took [Sergey] Kovalev’s strap, and now he’s going after this one,” said Bradley on what Canelo stands to gain by beating WBA 175lb champion Bivol.

Bradley fails to see that Canelo is taking a calculated risk by taking on Bivol rather than the arguably more dangerous IBF/WBC light heavyweight champion Artur Beterbiev or WBO champion Joe Smith Jr.

Canelo chose Bivol because he thinks he can beat him, and the fact that he didn’t select Beterbiev or Smith Jr. suggests that he doesn’t feel confident of defeating those fighters.

Also, you don’t need to be a brain surgeon to realize why Canelo turned down the bigger $100 million+ two-fight deal to face Jermall Charlo and David Benavidez. Those guys are in the same boat as Beterbiev and Smith Jr. in being too dangerous for Canelo.

Canelo will need to come up with a different strategy for this fight with Bivol than plodding forward with a high guard. That primitive style only works against mediocre fighters that lack skills and know-how.

Canelo could have never beaten Floyd Mayweather Jr. using his high guard. Canelo tried using that style against Mayweather, and he was peppered with jabs and hurt at one point in their fight.

“I’m telling you right now. If he [Canelo] can beat a guy like Bivol, a bigger guy that can box like Bivol, he has that European type of style too, crafty. He gave Canelo a little bit of issues, GGG. Think about that,” said Bradley in putting it mildly about the problems Gennady Golovkin gave Canelo in their two controversial fights.

“A strong jab, heavy on the front foot, got a beautiful left hook, straight right hand as well. He don’t go to the body too often either, and it’s similar with Bivol, the same way.

“He controls the distance, has got good footwork, counter punches really well effectively, makes guys miss and make them pay. I don’t think it’s going to be hard for him to figure out, and I mean Bivol, to figure out that style [of Canelo]. Hands up [high guard, plodding forward].

“I think Bivol understands how to deal with that type of style with the high guard. And then, on the flip side of that, I don’t think it’s going to be hard for Canelo to figure out Bivol because Bivol is a one-two shooter. It’s a very simple one-two. He doesn’t go to the body that often, so I think it’s a great match-up,” Bradley said.

If anyone can beat Canelo, Bivol is the guy

The size, jab, combination punching, and movement of Bivol is going to be a difficult puzzle for Canelo to solve. It’s been a long time since Canelo fought anyone talented, and he’s gotten sloppy because he hasn’t had to raise his game due to the weak opposition he’s been fighting.

Yeah, Canelo beat Champions in the last three years, but the paper variety and not the real thing.

“I can’t wait for this fight to happen. If someone is going to beat Canelo, Bivol is the guy,” said Bradley. “That’s what I truly feel; Bivol is the guy. I know people are picking Canelo to win by knockout.

“If that happens, Canelo goes up, without question. On my pound-for-pound list, he’d be #1. I think both of them are threats [to Canelo], but just different,” said Bradley when asked if Bivol is more of a threat to Canelo than David Benavidez.

“I think Benavidez is big, he’s strong, he’s brash, and I think the lead-up will be intense. He’s confident in himself, but I think his style, the fact that he sits in front and he doesn’t have the best defense, I think Canelo would beat him because of that.

“Sometimes, having too much courage can be a little risky for you. I like the Bivol route because we all know, or at least I know, that Canelo somewhat struggles with movers, guys that he has to track down.

“You can look at Floyd. ‘Okay, he was young, he was this,'” said Bradley about Canelo being young when he fought Mayweather. “Alright, cool, but if you go and look at his fight with Plant.

“Plant was having success when he was moving, but Plant didn’t have the punching power, and he didn’t commit with his punches to get respect from Canelo.

“So Canelo kept pressuring forward and pressing forward. But Bivol has that ability and good feet, control the distance, use the stiff jab coming right down the middle.

“Get Canelo to open up with his shots wide punches. Hey, Plant made Canelo miss a hell of a lot. Going into that 11th round, I had the fight even,” said Bradley.

Bivol’s movement will be key

It’s not surprising that so many boxing fans were giving Canelo all the early rounds against Plant because he was the A-side in that fight, and people are focusing on his occasional big shots.

For B-side fighters like Plant, who can’t punch, the only way he was ever going to beat Canelo by decision was by burying him with an avalanche of shots in every round.

If the judges were okay with giving Canelo rounds based on him landing two or three hard shots, the only way Plant could have won by outworking the Mexican star by a tremendous number.

“Yeah, you can be effective, but how? You get the guy against the ropes, or you’re dominating on him by pressing on him, and you’re having success.

“Well, a lot of those shots that Canelo was throwing was missing; he was missing. So, the movement is what was caused him [Canelo] to be a little bit unsettled in that ring.

“I’m not saying that’s the only way to beat Canelo. What I’m saying is that type of style gives him trouble, and I think Bivol, that’s what he brings into the ring,” said Bradley.

It will take more than movement from Bivol to win the fight against Canelo. He will need to take the fight to Canelo and make him think twice about walking forward with his high guard.

In Canelo’s fights in 2020 and 2021, he walked forward with a high guard to back his mostly British opposition to the ropes where he would bludgeon them.

Bivol will need to stop Canelo from walking him down by nailing him with shots to the body and head.

If Bivol can hurt Canelo to the body, he might be able to keep him with his back against the ropes the way Gennadiy Golovkin did in his first fight with the Mexican star in 2017 and how Austin Trout did. 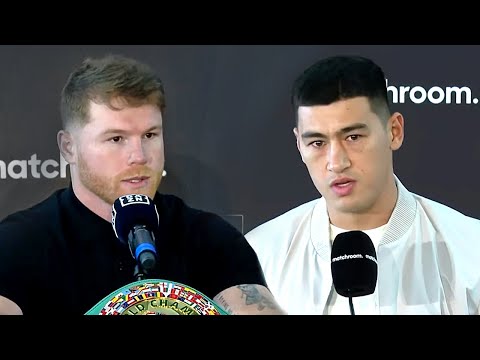