By Dan Ambrose: Former light heavyweight champion Sergey Kovalev believes WBA 175-lb champion Dmitry Bivol can get the victory over Canelo Alvarez on May 7th because he’s “fresh,” and he’s had a lot of time to get “ready” for their fight in two months from now.

Kovalev, 38, contrasts the time that Bivol (19-0, 11 KOs) to the rush job that he had to deal with when he fought Canelo in November 2019, just three months after a grueling war against Anthony Yarde in August of that year.

Kovalev had to jump right back into training camp shortly after his tough battle against Yarde, and he looked drained for the Canelo fight. Canelo took advantage of the weakened Kovalev and stopped him in the 11th round.

Additionally, a victory for the 31-year-old Bivol will increase his chances of earning a lucrative rematch against Canelo. If Bivol loses, he likely will never get another chance to fight Canelo unless the contest results are controversial.

“I don’t like to make predictions, but I’m very happy for Dmitry [Bivol] because right now, he’s fresh, he didn’t fight for a long time and ready for the fight,” said Sergey Kovalev to Fighthype in previewing the Canelo vs. Bivol fight on May 7th.

“He has a lot of time for preparation, and he has a great opportunity to get a victory what I didn’t [against Canelo],” said Kovalev in discussing the time that Bivol has to prepare for Alvarez. “Right now, I’m happy for Dmitry, and good luck to him.

“With Andre Ward, I overrated him in training. I overtrained myself. Canelo is Canelo, and Andre Ward is Andre Ward. Everyone is different. They’re boxers like any boxers,” said Kovalev.

Kovalev arguably deserved a victory in his first fight against Andre Ward in 2016. In their rematch, it appeared that a series of rapid-fire low blows stopped Kovalev in the eighth round by the Oakland, California native.

Some fans felt that Kovalev was given a raw deal in his fights with Ward. It’s too bad that neither of the contests took place in a neutral venue outside the U.S.

Dmitry can get the victory

“I think Bivol has a great opportunity to get a victory over Canelo, and this makes the fight very interesting to me and for all boxing fans,” said Kovalev.

“Bivol is undefeated and motivated because he has a zero, and this will be good motivation for him to save this zero. I can say to him good luck, and I believe he can get a victory over Canelo,” said Kovalev.

There’s an excellent chance Bivol can beat Canelo if he fights as he did in his best career-wins against Joe Smith Jr. and Jean Pascal. Canelo looked unimpressive in his recent fights against Caleb Plant and Billy Joe Saunders in 2021.

Canelo’s work rate is low, and he has no mobility. He plods forward with a high guard and looks to get in close so that he can throw single heavy shots with full power. A fighter with movement like Bivol will be a nightmare for Canelo. 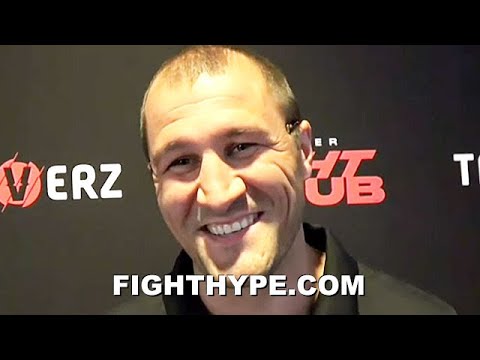 Why Did Russia’s Nikolai Valuev & the Klitschko’s of Ukraine Never Fight? »