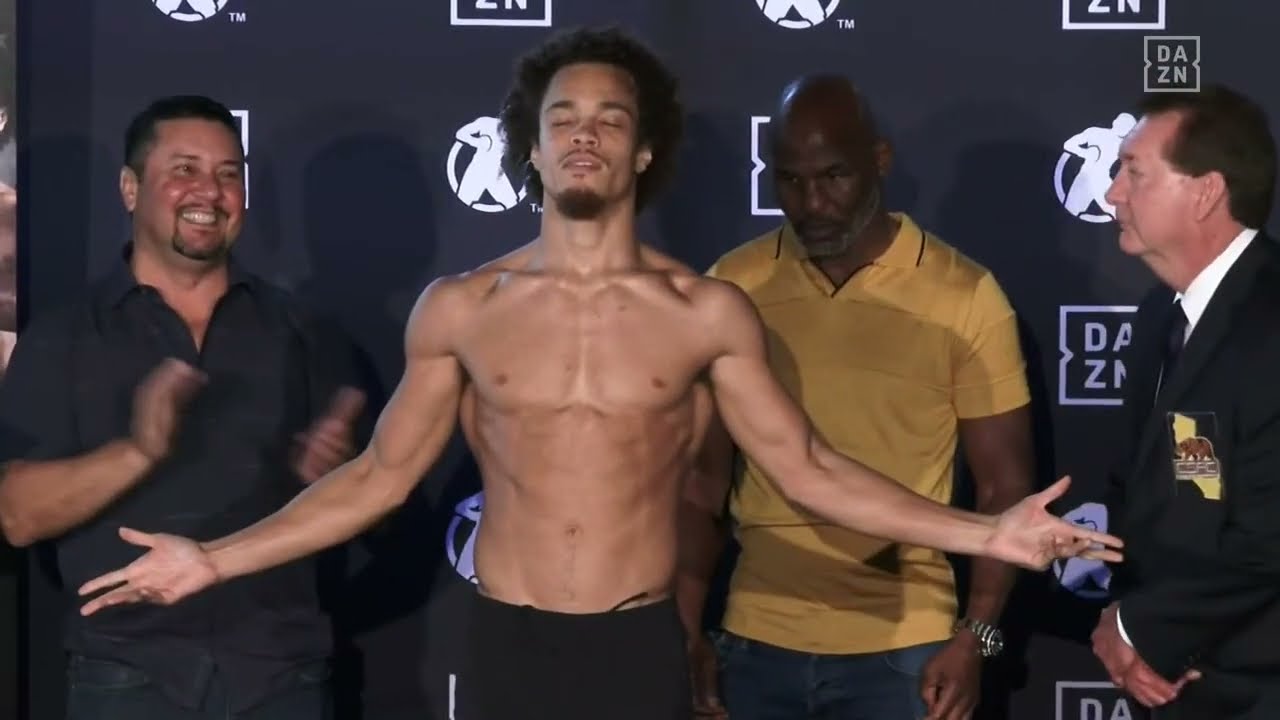 Fighters on the Alexis Rocha vs. Blair Cobbs card on March 19 hosted their final press conference today at Golden Boy HQ in Downtown Los Angeles. The fights are set to occur at the University of Southern California’s Galen Center and will be streamed LIVE worldwide on DAZN.

Hosted by Beto Duran, the event featured special interviews with Oscar De La Hoya and Bernard Hopkins, as they each spoke highly about the fighters on the fight card. In the main event, Alexis “Lex” Rocha (18-1, 12 KOs) of Santa Ana, CA, and Philadelphia’s Blair “The Flair” Cobbs (15-0-1, 10 KOs), who is scheduled to face off in a 10-round welterweight fight, were in attendance as they both took turns taking verbal shots against each other which ultimately culminated in a very heated face-off.

Below are what the fighters and their promoters had to say:

First off, I want to thank God, Robert Diaz, and the Golden Boy team for moving me to the main event,” said Alexis Rocha. “The fight was presented to him last November, and we didn’t fight. It wasn’t my fault. Kerobyan was your only notable win. Let’s remember Blair. You’re acting like a clown here and there. Like there are clowns in the circus, there are also lions and tigers. Remember this face. You’re one fight from the commentary booth. You’ll be announcing my fights after this.”

“There was no fight offered to me last November,” said Blair Cobbs. “Am I the kind of person to turn down fights? Does Blair the Flair look like he gives a shit… I don’t think so. I wanted that fight in November, but we couldn’t make it happen. Finally, we made it happen. I did not hesitate to sign this contract. Then we waited for Alexis to sign. I’m looking for bigger and better fights. McKinson, I have nothing but respect. He and I are cut from the same cloth. Underdogs were fighting big fights, undefeated fighters in the fire. I am so good at it. When I put these young fighters in the fire with me, they seem not to look the same. He’s only been tested one time against Brad Solomon, and he almost lost. What happened when Solomon fought me with more than two months of training. We got the job done in the fifth round.”

“I talked to him (Vergil Ortiz),” said Oscar De La Hoya, Chairman, and CEO of Golden Boy. “He’s back home, and he’s feeling better. It’s miserable that it happened so close to the fight. He was ready and looking forward to it. Things happen, but we have to look forward to an amazing main event. I want to take a moment and thank Cobbs and Rocha for stepping up and willing to fight in the main event. It’s an exciting fight. We have many young prospects who we are looking at that are going to the next level. That’s why this whole card is super exciting. Especially the main event, it’s going to be fireworks. They have a lot at stake, but they are ready for the next level.”

“Everybody expects this fight to be exciting,” said Bernard Hopkins, Hall of Famer and Golden Boy Partner. “To me, they match up pretty evenly. This is a dangerous fight for both guys. I want to acknowledge Robert Diaz, our matchmaker, for pulling through and making this card work.”

“It’s a dream come true to be here,” said Michael Mckinson. “Unfortunately, some things happened on the card, but I’m thankful I’m still fighting. The show goes on. I have a lot of people to thank for keeping me on the card. I wish Ortiz a speedy recovery. He’s a young man, and health is everything. My full attention goes to Jesus Perez. I had two choices. Spend the last three to four months working on my US debut to go home and not fight. I’m a fighter. I’m here, and I want my US debut. Hopefully, I can win some American supporters and impress people on Saturday night.” 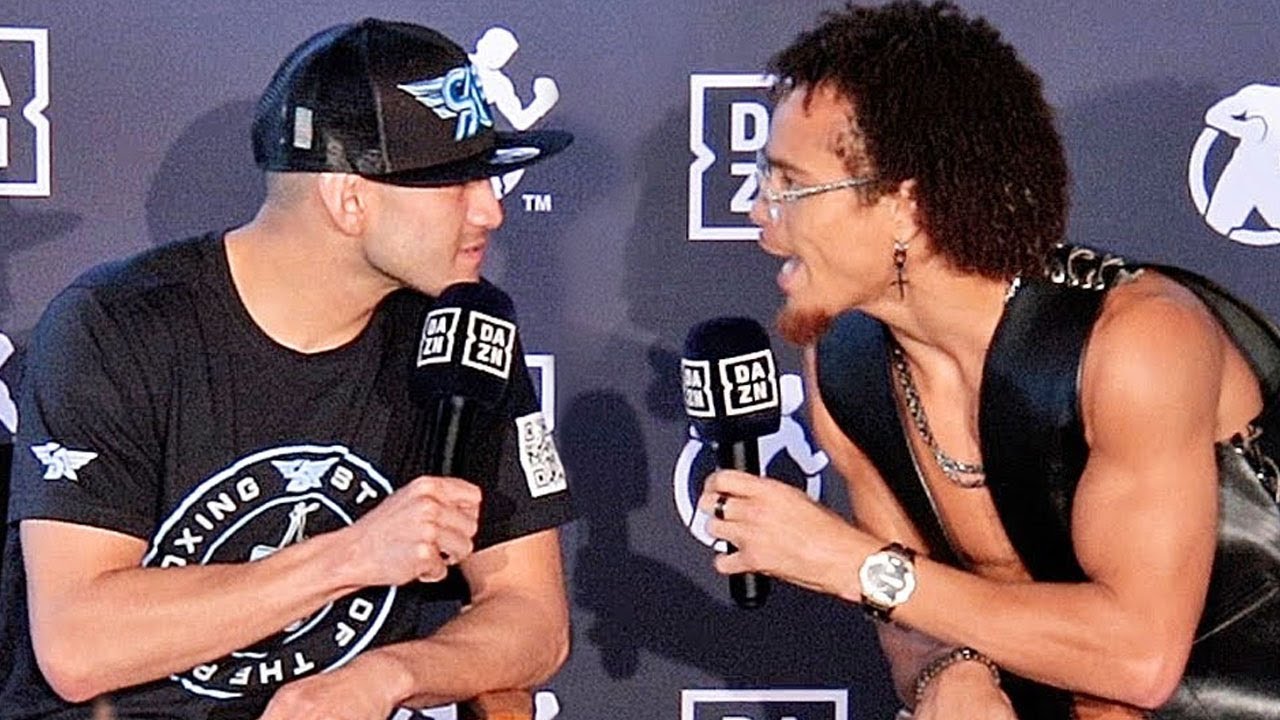 “I’m feeling great,” said Bektemir Melikuziev. “I’m feeling confident. I’ve been training in the gym, ready to go. What happened [with Rosado] was I made a mistake and paid the price. I got a bit greedy. That’s boxing, and one punch can change everything. I’m confident I’ll get that rematch even if I have to become world champion first. I want to prove it was a mistake. I’m on a different level. Congrats to Rosado. I’m looking forward to the fight. Nothing changed for me. I’m still going to bring all the belts at 168 to Golden Boy.”

“Fans should expect a little of everything, boxing, attacking, and defense,” said Evan Sanchez. “I can adjust to any fighter. It’s going to be an amazing fight. I feel good. I’ve been out of the gym for a while because of covid and a shoulder injury. It’s an honor to be here.”

Fans with tickets to Ortiz vs. McKinson do not need to take action to attend Rocha vs. Cobbs, as their tickets and seating locations are still valid.

If a fan purchased tickets directly through the Galen Center, online or in-person, for Ortiz Jr vs. McKinson, and does not wish to attend Rocha vs. Cobbs, refund requests made by Saturday, March 19th at 3 pm PST will be honored in full by emailing USCTO@USC.EDU. Ticket holders seeking refunds for online purchases via secondary market sites must contact those vendors directly.

Tickets for the event are on sale now and are priced at $150, $75, $50, and $25, not including applicable service charges. Tickets will be available for purchase at www.galencenter.org or www.goldenboypromotions.com. Please note that LADPH guidelines and other protocols relating to admission requirements will be in place for this event, which includes that all guests age two and older will have to provide proof of complete vaccination or a negative COVID-19 test result within 24 hours for an antigen test or 48 hours for a PCR test.

Rocha vs. Cobbs is a 10-round welterweight fight presented by Golden Boy associated with Matchroom Boxing. On Saturday, March 19, the conflict will occur at Galen Center in Los Angeles and stream life worldwide on DAZN. Hennessy sponsors the event “Never Stop. Never Settle” and “BetOnline – Your Online Sportsbook Experts.”