A hypothetical matchup between Ali and Tyson has been one of the most frequently debated dream fights among boxing fans for many years. Indeed, it is perhaps the most debated dream fight dating back to when Mike Tyson was the baddest man on the planet back in the mid and late 1980s. Not only is it one of the most popular boxing fantasy bouts, but people generally tend to hold strong opinions about this one. Those who believe Ali would win tend to feel strongly about it, and on the flipside, those who favor Tyson are equally vociferous with their convictions. This one would undoubtedly provide an absolutely captivating clash of contrasting styles. 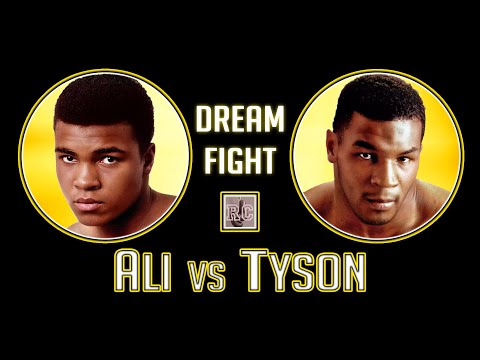 Muhammad Ali was a three time heavyweight champion, and Mike Tyson was a two time heavyweight titlist. They are two of the most popular and charismatic heavyweight boxers during the long rich history of professional boxing, and they were both highly skilled boxers who were extremely entertaining to watch in their respective primes. Ali and Tyson were both exceptionally gifted athletes with extremely fast hands, quick feet, outstanding balance, and incredible coordination. But despite these similarities in terms of amazing physical attributes, their styles couldn’t be more different. And that is part of what makes this such an interesting proposition. It is quite literally a dream fight among dream fights.

So who do you think would win a dream fight between prime Muhammad Ali and prime Iron Mike Tyson? 12 rounds of hypothetical heavyweight action.

This edition of Rummy’s Corner will attempt to provide an answer to that question, while also providing a quick look back at some of the tremendous achievements of both Muhammad Ali and Mike Tyson. For one man’s humble opinion on this hypothetical match up, please watch and enjoy the video.


« Should Daniel Jacobs retire after loss to John Ryder?