Many Imitations but Only One “Sugar” and that’s Robinson!

By Ken Hissner: Living outside of Philly I remember Philly’s Garnett “Sugar” Hart, 29-7-2 (22), fighting from 1954 to 1961 in the welterweight and middleweight divisions.

Hart won his first eight fights by knockout before losing to Fred “Frank” Terry, 10-1-1 (8), out of Philly by knockout in the first round at the Philadelphia Arena in March of 1955.

Hart would go onto win his next twelve fights with ten by stoppage with two of those over Hector Constance, 25-9 out of Austria and Barry Allison, 34-11-1 out of Mass. Both were at the St. Nicholas Arena in New York. After the Allison fight he suffered a loss to Walter Byars, 16-2-1, at Madison Square Garden.

“Sugar” Ray Seales was the 1972 Olympic Gold Medalist in Munich, Germany. Out of Tacoma, WA, and won his first twenty-two fights before losing to future champion “Marvelous” Marvin Hagler, 14-0, in August of 1974 in Boston. Two fight later in a rematch they fought to a draw in Seattle.

Seales would win his next four fights before losing to Philly’s Eugene “Cyclone” Hart, 27-5, in Atlantic City. Three fights later he won the NABF title stopping Bobby Hoye, 13-1-1. Two fights later in the UK he lost to future champ and Olympian Alan “Boom Boom” Minter, 25-4, of the UK.

In Seales next fight he lost to 1968 Olympic Gold Medalist in Mexico City, Ronnie “Mazel” Harris, 18-0, at Madison Square Garden. He then would go 15-0-1, including stopping Tony “KO King” Gardner, 57-12, before losing in Denmark to future WBA Light Middleweight champ Ayub Kalule, 23-0, by majority decision.

The second-best boxer named “Sugar” was Ray Leonard from Palmer Park, MD, the 1976 Olympic Gold Medalist in Montreal, Canada. The five-division world champion was one of the best pound-for-pound boxers in modern times.

Leonard was 23-0 when he won the NABF welterweight title, stopping Pete Ranzany, 45-3-1, in June of 1979. Two fights later he won his first world title stopping Puerto Rico’s Wilfred Benitez, 38-0-1, for the WBC title.

Two fights later he lost to Panama’s Roberto “Hands of Stone” Duran, 71-1, in Montreal, fighting Duran’s fight. He regained the title in his next match going back to his slick boxing style stopping Duran who quit in the corner. It was called “no mas.”

Two fights later, Leonard won the WBC Super Welter title, stopping Uganda’s Ayub Kalule, 36-0, fighting out of Denmark. Next in Ring Magazine’s “Fight of the Year,” he stopped WBA Welterweight champ Tommy “Hit Man” Hearns, 32-0, while behind on points in the fourteenth round.

On May 9th of 1982, Leonard had an operation for a detached retina. He returned to the ring in May of 1984 having to come off the canvas stopping Philly’s Kevin Howard, 20-4-1. It would be almost three years later before he fought again, defeating “Marvelous” Marvin Hagler, 62-2-2, by split decision, with Hagler retiring from boxing after this.

In Leonard’s next fight, he stepped up to win the vacant WBC Super Middleweight and Light Heavyweight title stopping champion Donny “Golden Boy” Lalonde, 31-2, in nine rounds in Las Vegas, Nevada, in November of 1988.

In June of 1989, Leonard would draw in a rematch with Hearns, 46-3, then in the third fight with Duran, 85-7, win a decision. Coming back after fourteen months, he would lose his last two fights. First to “Terrible” Terry Norris, 26-3, being knocked down twice in February of 1991. 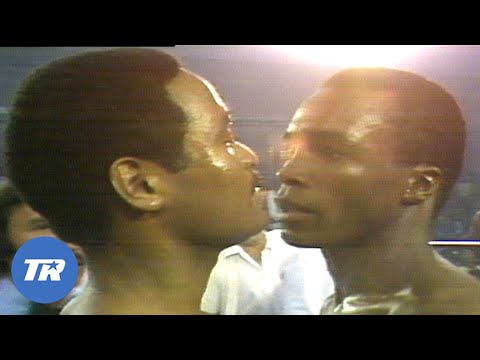 Then an ill-advised return to the ring in March 1997, losing to Hector “Macho” Camacho, 62-3-1, by stoppage in his final fight, for the IBC Middleweight title in Atlantic City. He ended up with a 36-3-1 with 25 stoppages record.

Another “Sugar” was Shane Mosley, the three-division champion from Pomona, CA. In his twenty-fourth straight win, the unbeaten Mosley won the IBF World Lightweight title defeating South Africa’s Phillip “No Deal” Holiday, 31-0, fighting out of Australia in August 1997.

In June of 2000, Mosley won the WBC Welterweight title from the 1992 Olympic Gold Medalist in Barcelona, Spain, Oscar “Golden Boy” De La Hoya, 32-1, by split decision at the Staples Center, L.A, CA. In January 2002, in his thirty-ninth fight, he lost for the first time to Olympian Vernon “The Viper” Forrest, 33-0, and again six months later both by decision.

Robinson’s usual amateur record posted was 85-0 with 69 stoppages, 40 in the first round, or 58-4-1 with 25 stoppages. Under his given name Walker Smith, Jr., he lost to Billy Graham and Patsy Pesca.

In a rematch, he knocked out Basora in one round. In December of 1946, he won the vacant NBA Welterweight title defeating Tommy Bell, 39-10-3, at Madison Square Garden.

In February 1951, Robinson won the world middleweight title, stopping LaMotta in thirteen rounds at the Chicago Stadium. In July, he lost for the second time in his career to Randy Turpin, 40-2-1, in London, UK. He was 129-1-2 going into the fight.

Two months later, in the rematch at the New York Polo Grounds, Robinson re-won the title from Turpin, stopping him in ten rounds. He followed in his next two fights defeating future world champion Bobo Olson, 48-5, and former world champion Rocky Graziano, 67-8-6.

Two months later, in June of 1952, Robinson, in an attempt to win the light heavyweight title after thirteen rounds he, was up 10-3, 9-3-1 and 7-3-3 against champion Joey Maxim, 78-18-4, when he retired due to heat exhaustion during a 104-degree heat at Yankee Stadium, Bronx, New York. In round ten, the referee Rudy Goldstein had to be replaced due to the heat. 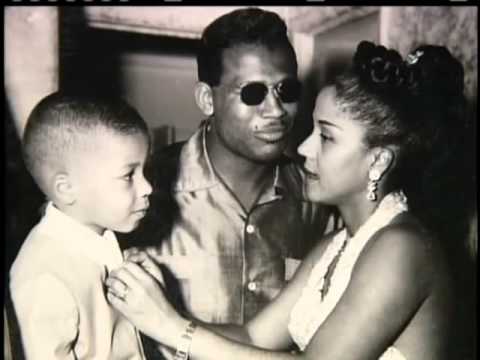 With a 132-3-2 record Robinson was inactive for thirty-one months and never quite the same, returning to the ring in January of 1955, scoring a knockout and next losing to tough Ralph “Tiger” Jones, 32-12-3, at the Chicago Stadium.

Robinson would regain the middleweight world title in December of 1955, knocking out Bobo Olson, 71-7, at the Chicago Stadium, and again in his next fight at Wrigley Field, L.A., CA. In January 1957, he lost to Gene Fullmer, 37-3, at Madison Square Garden. Four months later, he knocked out Fullmer for the NBA middleweight title.


« Chris Colbert: ‘Rolly is a bum, Gervonta Davis will knock him out’