By Chris Williams: Mikey Garcia says Terence Crawford will have difficulty with unbeaten welterweight contender Jaron ‘Boots’ Ennis, who is gunning for him. Mikey feels that a fight between Crawford (38-0, 29 KOs) and ‘Boots’ Ennis (28-0, 26 KOs) would be an excellent one for both guys.

With that said, Mikey thinks the 34-year-old Crawford should focus instead on fighting the aging former world champions Keith ‘One Time’ Thurman and Danny Garcia.

Ennis has looked impressive lately, stopping 147-lb gatekeeper Thomas Dulorme in the first round last October in Las Vegas and former IBF 140-lb champion Sergey Lipinets in the sixth round in April.

The way Boots Ennis destroyed Lipinets and Dulorme, he might be too much for the aging lion Crawford. As we saw Crawford struggle against the faded gatekeeper Shawn Porter last November, he doesn’t look like he has enough left to hold off a young Jaron Ennis.

The former four-division world champion Mikey believes that Thurman and Danny would be better options for Crawford to prove himself to earn a fight against IBF/WBC welterweight champion Errol ‘The Truth’ Spence Jr.

If Crawford fights Ennis, 24, he might lose or take so much punishment that he would be a shell of himself by the time he gets a fight against Spence.

“I think that’s a very good fight for both,” said Mike Garcia to EsNews when asked about his thoughts on Crawford vs. Jaron ‘Boots’ Ennis. “Ennis wants to show he’s the next big thing at welterweight, so that’s a good fight for him.

“Crawford has the skills and talent to continue winning, but it isn’t an easy fight for him. Fighting a young, hungry challenger like Ennis is no easy walk.”

It’s doubtful that Crawford would be persuaded to fight Boots Ennis. At this point, Crawford is focused on fighting the faded former WBA/WBC 147-lb champion Keith ‘One Time’ Thurman, who is coming back this Saturday night in a fight against Mario Barrios in Las Vegas.

If Thurman wins that fight, he’s expected to call out Crawford, Spence, and Ugas for a title shot. However, the only one of those three that Thurman has a realistic shot at getting a fight against is Crawford because he needs a name fighter.

“I’ll jump in there if he needs an opponent,” Mikey said when asked if he’d like to fight Crawford. “I’m always down for it. But I think he’s going to want to fight someone else because he wants to prove himself to try and get that fight with Spence,” said Mikey.

There’s no way at this point that Mikey will get a chance to fight Crawford, but you never know. If Crawford can’t get the Thurman fight next, he might be willing to give the 34-year-old Mikey an undeserving title shot.

Mikey doesn’t rate a title shot against Crawford with two defeats in his last three fights. It would look bad on Crawford’s part to fight Mikey because he’s coming off a loss to Sandor Martin last October, and he seemed equally terrible in his two previous fights against Jessie Vargas and Spence.

NEWS:   Jaron Ennis on Karen Chukhadzhian fight: "I should have stepped on the gas"

“That’s kind of like a Boots Ennis,” said Mikey on him facing Vergil Ortiz Jr. “Those are not easy fights for Crawford. I think he’s better off fighting Danny [Garcia]  and Keith Thurman, those kinds of fights.

“I’m going to be coming down to 140 for my next one,” said Mikey on his plans for his next fight. “No more welterweight for now.

“It isn’t going to be an easy fight for Spence coming off surgery and everything but I think Spence is a better-talented fighter,” said Mikey when asked who wins between IBF/WBC welterweight champion Errol Spence Jr. and WBA champion Yordenis Ugas.

“It’s not an easy fight,” Mikey continued on the Spence vs. Ugas unification match, which is expected to take place in the first half of 2022. “Ugas is strong, awkward style, and lanky. He has a chance of winning. He’s a very good fighter. It’s a good fight,” said Mikey Garcia. 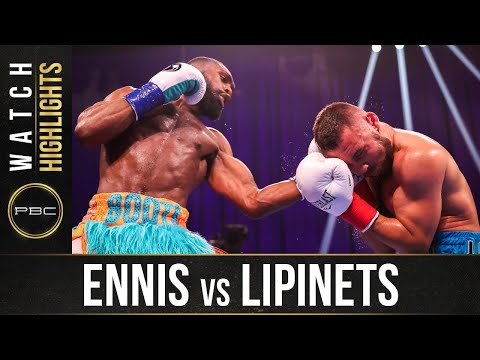