By Ken Hissner: Too many times, the heavyweight division gets the most attention. Back in 1911, the biggest little man from Tylorstown, Wales, UK, a 19-year-old named Jimmy “The Mighty Atom” Wilde, turned professional.

At 5’2 ½ Wilde would go on to become the best flyweight in the history of boxing ending his career with a 137-4-1 record with 98 stoppages.
After an unbelievable start, Wilde was 94-0-1 when he lost his first bout to Tancy Lee, 17-1 by TKO 16 of a scheduled 20 rounds at the National Sporting Club, Covent Garden, London, UK, in October 2015.

In June of 1916, Wilde reversed this one knocking out Lee in 11 rounds.

Wilde would go on to win his next thirty-three bouts before suffering his second defeat a NWS10 to “Little” Jackie Sharkey, 31-34-11, born in Italy, from New York, decided by the Milwaukee Journal. It was the USA debut of Wilde’s. That is how things were decided at times back then. 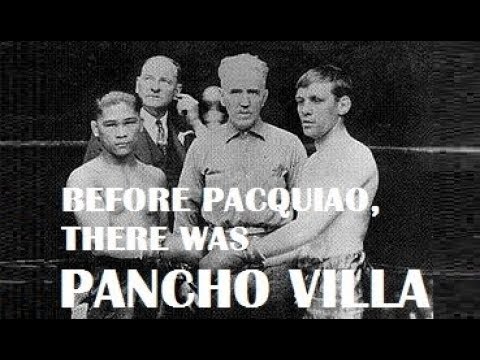 Wilde would go on to win his next ten fights before losing to Pete “Kid” Herman, 87-27-13, stopped in 17 rounds in London after being away from the UK for twelve years, at Royal Albert Hall, in Kensington, London, UK. In his next and final fight, he lost his world title, being stopped by Pancho Villa, 66-6-3, at the Polo Grounds, in New York, in June of 1923.

Some of Wilde’s most notable wins were over Memphis Pal Moore, 87-17-8, over 20 rounds. Against Harry Brooks, 41-17-6, Wilde was stopping him in 9 rounds. At the National A.C., Philadelphia, Pennsylvania, a KO2 over Battling Al Murray, 48-23-13, in 2 rounds, for a second time. In two previous fights, he stopped Murray in 8 rounds at the Sportsman’s Club in Camden, New Jersey.

Outweighed by twenty pounds, Wilde stopped Joe Conn, 64-16-7, knocking him down a total of 13 times, including 3 in the eleventh and four times in the twelfth and final round. This was at the Stamford Bridge, Chelsea, London, UK.

Keith Thurman firing back at his critics, says he likes “criticism” »