By Jim Calfa: Shawn Porter hopes Keith ‘One Time’ Thurman can show the same ability that he once did when he faces Mario Barrios on February 5th on FOX pay-per-view at the Michelob Ultra Arena, Las Vegas.

Thurman (29-1, 22 KOs) has underperformed in his last three fights since his thrilling 12 round unanimous victory over ‘Showtime’ Shawn Porter in June 2016.

That fight was 66 months ago, and Thurman has ONLY fought three times in the last five years.

Yeah, some of the inactivity can be blamed on Thurman’s injuries, not all of it.

Some fighters are good at getting up off the sofa to get back to work, whereas others like Thurman are trapped by his inactivity and stuck tight.

There’s a lot of money to be made if Thurman beats Barrios, as he’s got WBO welterweight champion Terence Crawford chomping at the bit to give him a title shot.

Crawford is getting old at 35, and he needs the fight with Thurman as soon as possible because he’s being chased by the young lion Jaron ‘Boots’ Ennis.

If Crawford doesn’t get the money fights now while he can, he may not be champion for much longer. Ennis is coming after Crawford and he’s hungry and all wrong for the aging Nebraska native.

That inactivity can’t be explained away by Thurman being injured. He’s been enjoying the fruits of his labor and not willing to get back to the warzone to dodge shots from dangerous warriors like Errol Spence Jr, Terence Crawford, Jaron Ennis, and Vergil Ortiz Jr.

Besides wanting to see a prime Thurman against Barrios, Porter doesn’t wish to see Keith disappear once again and sit on his purse from that fight, spending all the money up until he’s broke in a few years, needing to come back out of necessity.

Some believe the need for money is what has initiated Thurman’s latest come back, that the 33-year-old ‘One Time’ has exhausted the dough he made from his last fight with Pacquiao during his nearly three years out of the ring.

If that’s the reason why Thurman has finally decided to return to the ring, it’s disappointing because he could have made so much money during the last three years.

How much effort would it have taken from Thurman to fight once a year in the last three years? Not much, but he couldn’t even do that.

In Thurman’s last three bouts, he struggled to defeat Danny Garcia and Josesito Lopez, then shockingly lost to a 40-year-old Manny Pacquiao in a fight that he should have won if he’d been firing on all eight cylinders.

Porter wants Thurman to fight like he used to 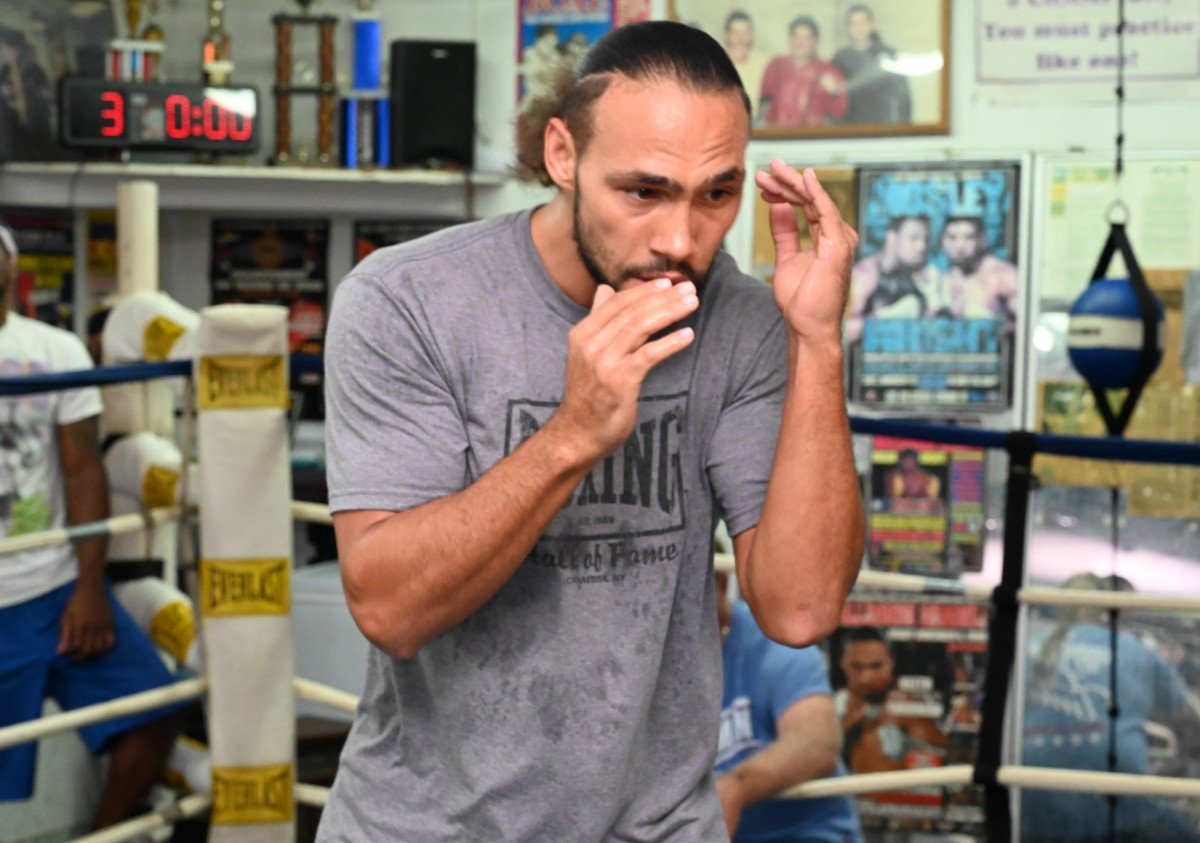 “I want my dude [Keith Thurman] to come back in here and be who he used to be,” continued Porter in wanting a prime Thurman to be transmogrified from 2016 to appear in his next fight against Barrios.

“Keith needs to come and get in the ring with Mario Barrios. I don’t know what his purse is going to be like, but he can’t afford to sit on that purse until that purse runs out.

“You need to fight. You’re in your prime or damn near as close to it as you should be, and get back out there and show who you are,” said Porter about Thurman.

It’s unlikely that Thurman will be anywhere near the fighter he was in his prime years ago when he fought Porter in 2016.

You can’t walk away from a sport and think you can pick it back up six years later and be the athlete you once were.

“He’s only deserving of the biggest fights,” said Porter about Crawford potentially waiting until after the smoke clears from the Thurman vs. Barrios fight in February to face Keith in the summer then.

“That’s a good fight,” said Porter when Crawford vs. Regis Prograis and Josh Taylor as options for Bud in early 2022.