It was interesting to watch the unbeaten WBO welterweight champion Crawford and IBF/WBA/WBO heavyweight champion Usyk (19-0, 13 KOs) briefly talk while the Ukrainian talent was waiting for an elevator.

Usyk a big fan of Crawford

Usyk seemed a little uncomfortable during the conversation with Crawford, perhaps because the meeting attracted a swarm of media, who were like fireflies around bright light.

It appeared that Usyk didn’t want to get trapped in countless time-consuming interviews with media or fans wanting to take pictures & videos so they could quickly post them on YouTube.

“Both of them are good. It’s going to be a good fight. I give the edge to Lomachenko, though,” said Terence Crawford to Fighthype in picking Loma to defeat Commey on Saturday.

“I wouldn’t say too talented. And I just think the movement will be too much for Richard,” said Crawford. 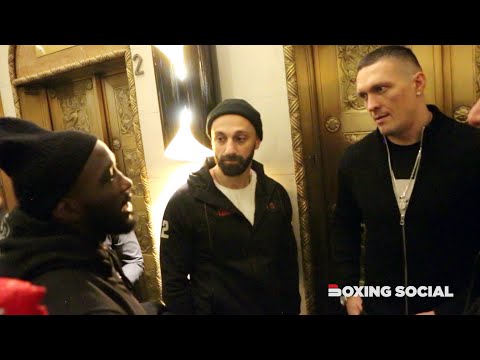 According to promoter Bob Arum, the winner of the fight will be in position as the new WBO lightweight mandatory to George Kambosos Jr.

That’s a fight that Lomachenko badly wants because the titles that Kambosos has right now were his last year until getting dethroned by Teofimo Lopez.

Lomachenko won his last fight in defeating Masayosni Nakatani by a ninth round knockout last June. Nakatani and Commey are both former victims of Teofimo.

The rationale behind Lomachenko being matched against former Teofimo foes was to show the boxing world that he was capable of beating the same guys, since Teo refused to give him a rematch so he could try and avenge his loss.

Commey, 34, lost his IBF 135-lb title to Teofimo by a second round knockout in December 2019 at the same venue he’ll be fighting in tomorrow night at Madison Square Garden. Since losing that, Commey has come back to defeat Jackson Marinez by a sixth round knockout last February. 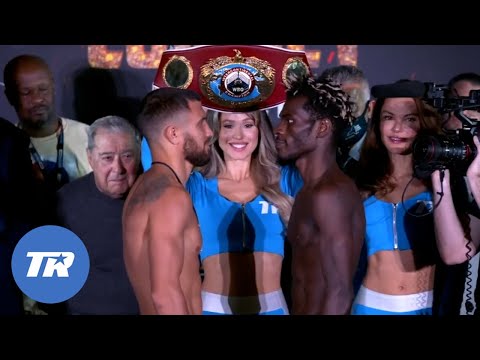