By Ken Hissner: One of this writer’s favorite boxers was inducted into the Atlantic City Boxing Hall of Fame recently, and I had the pleasure of meeting with him.

After an outstanding amateur record of 89-9, Pavlik met up with Jermain Taylor in the 2000 Olympic trials, only to lose, but that wouldn’t be the last time these two would meet.

In June of 2000, Pavlik, a Youngstown, Ohio, native turned professional winning his first eight bouts before stopping Grady Brewer, 7-1, who would go on to win the IBA title and the second season of “The Contender.”

Pavlik would win his first twenty-six fights before winning his first minor title, that being the vacant NABF title, coming off the canvas in the first round to go on defeating IBA World and WBO Latino champion Fulgencio Zuniga, 17-1-1, with 16 knockouts, who couldn’t come out for the tenth round, in October of 2005.

In Pavlik’s next fight, he stopped former WBO Light Middleweight champion Bronco “Superman” McKart, 48-6, in six rounds. He would follow with only his second bout in his hometown of Youngstown, putting Lenord Pierre, 18-2, into retirement in four rounds.

In September of 2007, Pavlik won the WBC and WBO World Middleweight titles, stopping his former Olympic trials foe Jermain “Bad Intentions” Taylor, 27-0-1, with 17 knockouts, in seven rounds, in Atlantic City, who Taylor was making his fifth defense of the title he won from Bernard “The Executioner” Hopkins. The win for Pavlik won him the “Fight of the Year” by both the Boxing Writers of America and Sports Illustrated. 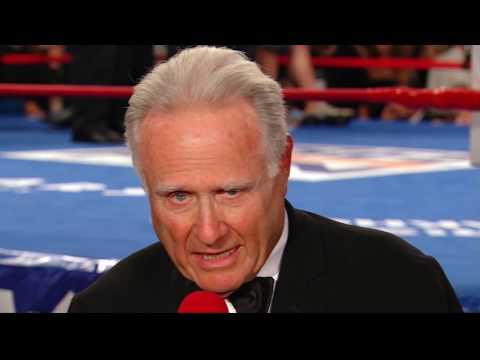 The rematch with Taylor for Pavlik was an “over the weight” fight due to Taylor’s unable to make weight with Pavlik, with both fighters at 164, winning over 12 rounds in Las Vegas.

Pavlik was suspended until both his hands and wrists were x-rayed for Orthopedic Dr. clearance. In his first defense in June of 2008, he stopped World Boxing Union champion Gary “The Rocket” Lockett, 30-1, of the UK, in 3 rounds in Atlantic City.

This was a crucial time in Pavlik’s career, and he requested his promoter Top Rank Boxing to obtain him a unification bout.

It seemed for personal reasons to this writer the promoter decided to put him into a match that could possibly end their relationship meeting Bernard “The Executioner” Hopkins, 48-5-1, who was coming off a split decision loss to former WBO World Super Middleweight champion Joe Calzaghe, 44-0.

In October of 2008 in Atlantic City, this writer witnessed Hopkins staying one step ahead of Pavlik to avoid his power punches fighting a brilliant defensive battle in a non-title bout with Pavlik matching a career-high 169 and Hopkins at 170. Four months later, Pavlik would bounce back in Youngstown, stopping Marco “El Veneno” Rubio, 43-4-1, with 35 knockouts, in 9 rounds.

It would be ten months in December of 2009 before Pavlik would fight again in Youngstown, putting into retirement in stopping Miguel Espino, 20-2-1, snapping his 11 fight win streak. In April of 2010, he would lose his title to another one of this writers favorites, then WBC interim Super Welterweight champion Sergio “Maravilla” Martinez, 44-2-2, who was coming off a majority loss at middleweight to Paul “The Punisher” Williams in Atlantic City in a bout this writer covered that saw both fighters on the canvas in the first round and went down to the wire.

The loss of Pavlik’s title had to be devastating with no rematch clause. Martinez would go on to stop Williams in a rematch that this writer covered, stopping him in 2 rounds. It would be thirteen months before Pavlik returned to the ring at a career-high weight of 170, defeating Continental Americas Super Middleweight champion Alfonso “El Tigre” Lopez, 21-0, by majority decision in Las Vegas.

Another ten months would go by before Pavlik, at 169 ½, returned to the ring stopping Aaron “Jedi” Jaco, 15-2, in 2 rounds in San Antonio.

Just three months later, at 167, he would stop Scott “Cujo” Sigmon, 22-3, in 7 rounds in Las Vegas. The following month he would end his career in July 2012, winning a lopsided decision over Will “Power” Rosinsky, 16-1, over ten rounds in Carson, CA, where Pavlik received a cut over his left eye in the fourth round.

Pavlik had just reached the age of 30 some three months before this final bout after 12 years as a professional with a 40-2 record and 34 knockouts!