By Jeff Aronow: Canelo Alvarez says he likes the idea of going up to 175 to take on IBF/WBC light heavyweight champion Artur Beterbiev if he successfully defeats Caleb Plant to become the undisputed champion at 168 on Saturday night.

It’s been talked about Canelo (56-1-2, 38 KOs) making the jump to  175 recently in giving him a new goal of trying to become the undisputed champion in that weight class.

If Canelo defeats IBF & WBC 175-lb champion Beterbiev (16-0, 16 KOs), he will have done the most challenging part of becoming the undisputed champion in the light heavyweight division.

From there, it would be all downhill for Canelo, as he would only need to defeat these two fighters to become the undisputed champion at 175:

“Not yet, we’re 100% focused on this fight, and then we’ll see,” said Canelo about what’s next for him if he defeats Plant.

“No, not crazy. I love the idea. I love challenges,” said Canelo when asked if he’d be interested in fighting Beterbiev at 175.

“I like [to fight bigger guys] because I know what to do in there, so it’s easy for me,” said Canelo.

It would be a tough fight for Canelo because Beterbiev is a big puncher, and he’s dangerous on the inside. Canelo would have to be willing to put himself at risk for him to score a knockout.

Beterbiev would likely target Canelo’s body rather than waste a lot of energy trying to hit a moving toward. Canelo’s upper body and head movement are too good for Beterbiev to land consistently if he focuses on aiming his shots upstairs.

Beterbiev proved against Oleksandr Gvozdyk to be an excellent body puncher, and we’ll probably see him use that approach against Canelo.

For the Canelo-Beterbiev fight to happen, Beterbiev will need to win his next fight against #1 WBC Marcus Browne (24-1, 16 KOs) next month on December 17th at the Bell Centre in Montreal, Canada.

The way the 36-year-old Beterbiev looked in his last fight against Adam  Deines last March, Canelo has a better than average chance of beating him.

Beterbiev wasn’t impressive in defeating Deines, and he was lucky he was fighting a fringe-level contender rather than one of the talented guys.

The only reasonable option for Canelo to fight in the UK is Joshua Buatsi, but he’s not ready for a match against the Mexican star. Buatsi is still a contender at this point. Other than Buatsi, the only other options for Canelo for a fight in the UK is against Craig Richards or John Ryder, and those guys aren’t worth Canelo wasting his time. 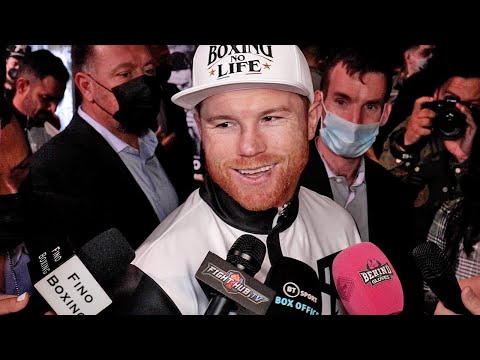 Joseph Parker to be more aggressive in Dereck Chisora rematch on Dec.18th »