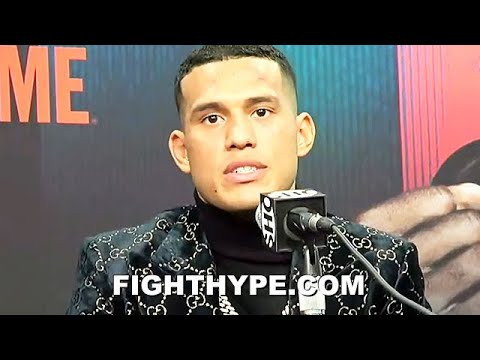 In the first two rounds, Davis moved well around the ring, countering the ever coming forward Benavidez to take the round. In the third round, the taller Benavidez used his reach well-doing enough to take a close round.

In the fourth round, in the final minute, Benavidez landed half a dozen unanswered punches before Davis returned with a pair of his own. In the fifth round, it was all Benavidez who had Davis against the ropes and in trouble halfway through the round. Davis was able to do enough to get through the round but a losing one.

Davis corner threw in the towel ending the fight.

In the first three rounds, it was all Benavidez. In the fourth round, Torres came back well by out landing Benavidez in a close round. In the fifth and sixth rounds, Benavidez came back well in a highly competitive fight. In the eighth round, Benavidez landed a flurry of punches in the final seconds to take the round.

In the ninth round, it continued going back and forth, with Torres having an edge. In the tenth and final round, Benavidez walked forward with hands to his side as Torres countered him well, taking the round.