With Ortiz’s WBA Gold welterweight title, he feels that he deserves a title shot against Ugas (27-4, 12 KOs) and he doesn’t want to keep waiting.

The 23-year-old Vergil Jr. (18-0, 18 KOs) is coming off an 8th round knockout win over Egidijus Kavaliauskas last summer on August 14th.

That was an impressive performance from Ortiz in stopping the former world title challenger ‘Mean Machine’ Kavaliauskas in the eighth round.

WBO welterweight champion Terence Crawford knocked out Kavaliauskas in nine rounds in 2019, but it wasn’t the same thrilling performance.

Interestingly, both Crawford and Ortiz were hurt by ‘Mean Machine’ before putting him away.

“I don’t see why not. I have the WBA Gold. I’m kind of basically right under him,” Vergil said of a match with Ugas. “That being said, how the fight is going to play out, I don’t know.

“Why shouldn’t that fight happen,” Ortiz said about his desire to challenge Yordenis for his WBA title. “I’m right under him, so maybe I can get a mandatory and then make it happen.

“I don’t necessarily have some resentment, but I’m like, ‘What else do I got to do?'” said Vergil on him having difficulties getting a title shot at 147.

“I feel like this last fight [Egidijus Kavaliauskas] gave me more credibility and pushed it. I fought a good fighter in my last fight, and I felt I did pretty well. I’m ready for a world title fight.

“They can’t say no to me anymore. It’s a matter of time before it happens,” said Vergil.

That victory made a name for Ugas, even though he was a world champion at 147-lb before the match.

“People watch boxing for one reason and that’s to watch people to get knocked out if we’re being honest,” said Vergil. “That’s what people like to see.

“They like to see bad a** fights, they like to see competitive fights. As far as I think, I think I’m giving that to the fans. There’s a reason why people are watching me. So it is important.

“There was another fight that happened on the same night as me. Rigondeaux was a great fight, a great technically sound. There was a reason why I didn’t go watch that fight. You can’t be boring. No one is going to want to watch you if you’re boring,” said Ortiz.

Vergil has certainly been putting on great fights lately with his wars with Maurice ‘Mighty Mo’ Hooker and ‘Mean Machine.’

Those fights were fun to watch, and it’s going to be hard for  Ortiz to outdo them. 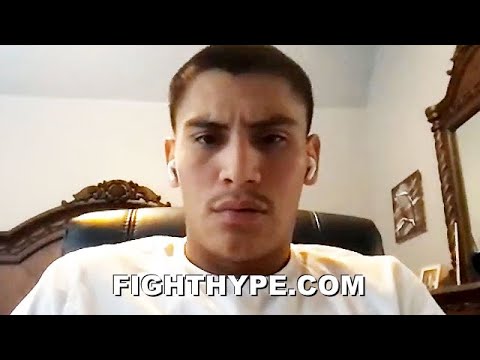