Thurman has a lot more charisma than Crawford, and he’d do all the hard work of promoting a fight with him just as he did when he fought Manny Pacquiao in 2019. Negotiating a fight with Thurman wouldn’t be easy for the Top Rank promoted Crawford because he’s with PBC.

When Thurman finally gets off the couch, PBC will probably match him against WBA welterweight champion Yordenis Ugas in 2022 if he makes it through their four-man tournament with his belt.

Thurman will almost surely face the winner of the WBA’s tournament, and it’s dream stuff for Crawford to be assuming he’ll get a fight with ‘One Time’ or should I say ‘Some Time?’

Crawford (37-0, 28 KOs) states that Thurman (29-1, 22 KOs) is another high-profile former 147-lb champion for him to showcase his talent against after he takes care of Porter next month on ESPN+ PPV at the Mandalay Bay Resort & Casino, in Las Vegas.

Thurman has fought ONLY twice since 2017

The problem with Crawford’s high praise of 32-year-old Thurman is he hasn’t 2 1/2 years and he’s quickly being forgotten by boxing fans due to his lack of activity. Newer boxing fans will have never seen Thurman before, and they won’t care if Crawford chooses to fight him next.

For Thurman to sit on his backside for almost three years, suggests that he can’t break free from the inertia that has got him stuck and unable to move.

It’s been ages since Thurman was briefly considered the #1 fighter in the welterweight division. After Thurman’s grueling fight with Danny Garcia in 2017, he hasn’t been the same.

‘One Time’ looks past it

That fight took a lot out of Thurman, and unbelievably, he’s only fought twice since then against Josesito Lopez and Pacquiao. That’s two fights in four years for Thurman.

One Time is seen as past it by a lot of boxing fans, as he seems to happy with his inactivity and not showing any sense of urgency to get back in the gym to continue his career.

Some fighters hate being inactive but Thurman doesn’t seem to be one of them, and I’d be surprised if he fights next year.

Crawford needs to talk realistically if he wants to start floating names to impress the media and the boxing fans. More realistic options for Crawford in 2022 are these guys:

It’s doubtful that Crawford will fight Vergil Ortiz Jr next year because he’s too dangerous and the Nebraska native is getting old with him about to turn 35. The last thing an aging Crawford wants is to have Vergil chasing him around the ring, forcing him to use his old legs to try and evade the young gun. 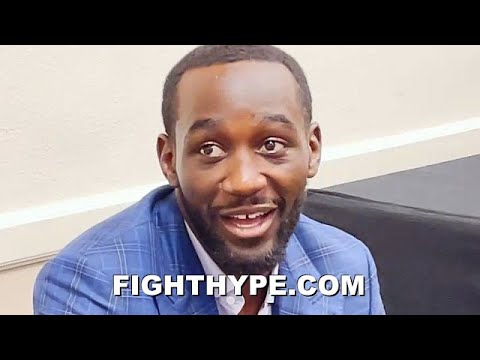