Hearn pulls out of Amir Khan vs. Kell Brook talks

By William Lloyd: Eddie Hearn and his Matchroom Boxing promotion have given up on negotiations for the Amir Khan vs. Kell Brook fight. Hearn has concluded that neither guy wants the fight, and he’s not going to bother.

It could be a sign that Brook has put on a lot of weight and isn’t eager to trim it off. He campaigns at 154, and he’s not young at 34.

In former IBF welterweight champion Brook’s last fight, he drained down to 147 to challenge WBO champion Terence Crawford and was stopped in the fourth round in November 2020.

“This fight is a busted flush. We pulled out of this fight,” said Eddie Hearn to iFL TV on the Amir Khan vs. Kell Brook fight negotiations. 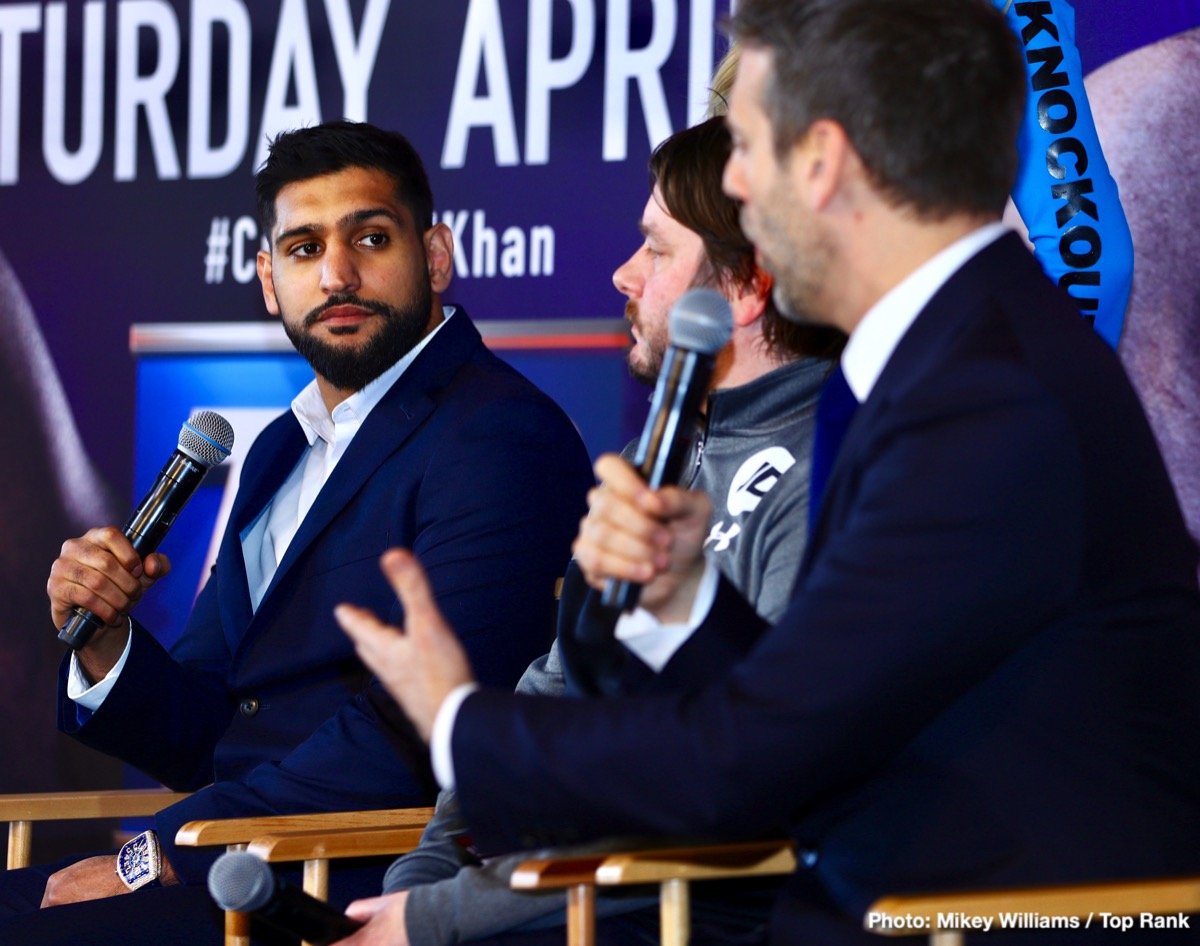 “The Kell Brook fight, you’ve got guys sitting at home, saying ‘How do we make as much money as possible?’

“Listen, if they can get the money and get you to pay for it, then I’m sure people will. But we’re out of that fight.

“That’s not one for us,” said Hearn in deciding not to put his time into trying to negotiate the Khan vs. Brook fight.

It sounds like Hearn has lost his patience with these two former world champions. If this were Canelo Alvarez or Anthony Joshua that Hearn was dealing with, he’d be more than willing to work with them for as long as possible.

It could be that Khan and Brook still view themselves as stars despite the fact their respective careers have faded over the years.

Is he even serious about wanting the fight?! @SkySportsBoxing @SpecialKBrook pic.twitter.com/eE8BltRvEq

“I was in talks with Amir to make the Manny Pacquiao fight actually, about four weeks ago with Sean Gibbons before he made his decision to retire,” said Khan.

“And we had that fight in great shape ready to go in Dubai. That was a fight I was interested in, and I want Amir Khan against Conor Benn,” said Hearn.

That would have been a big payday for Khan to fight the 42-year-old Manny Pacquiao, as that’s a match that he’s talked about wanting for years. Despite Pacquiao’s advanced age, he’d probably still beat Khan fairly easily at this point.

The inactivity that Khan has had in the last three years hasn’t helped him stay sharp obviously. Since 2018, Khan has fought just twice, beating Billy Dib two years ago in July 2019, and lost to WBO welterweight champion Terence Crawford by a sixth round stoppage in April 2018.

Khan is obviously aware that Hearn has wanted him to fight the young 24-year-old welterweight prospect Conor Benn, but I don’t think he fancies the idea of being a stepping stone.

There would be excellent money for Khan if he were to take on Benn (19-0, 12 KOs), but he doesn’t seem to be excited about the idea.