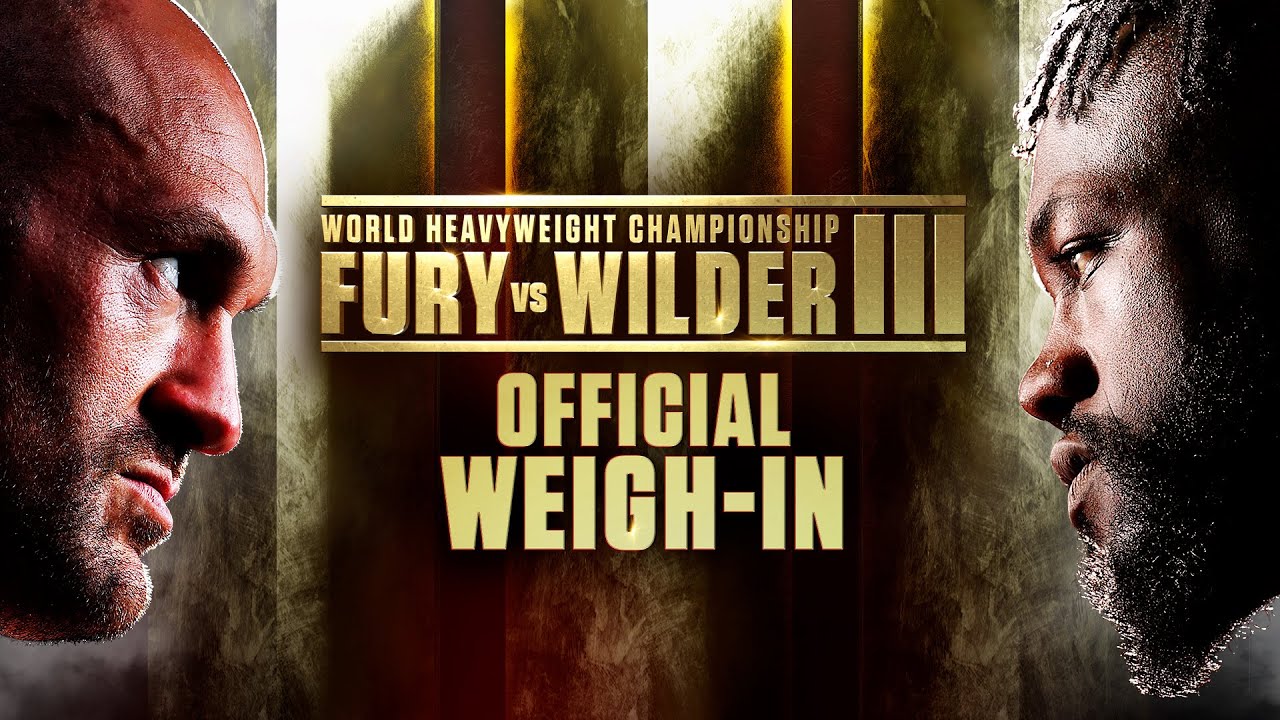 Tyson Fury vs. Deontay Wilder III fight week events will stream live on YouTube, Twitter and Facebook as the heavyweight rivals near their upcoming trilogy showdown taking place this Saturday, October 9 in an ESPN+ PPV and FOX Sports PPV event from T-Mobile Arena in Las Vegas. 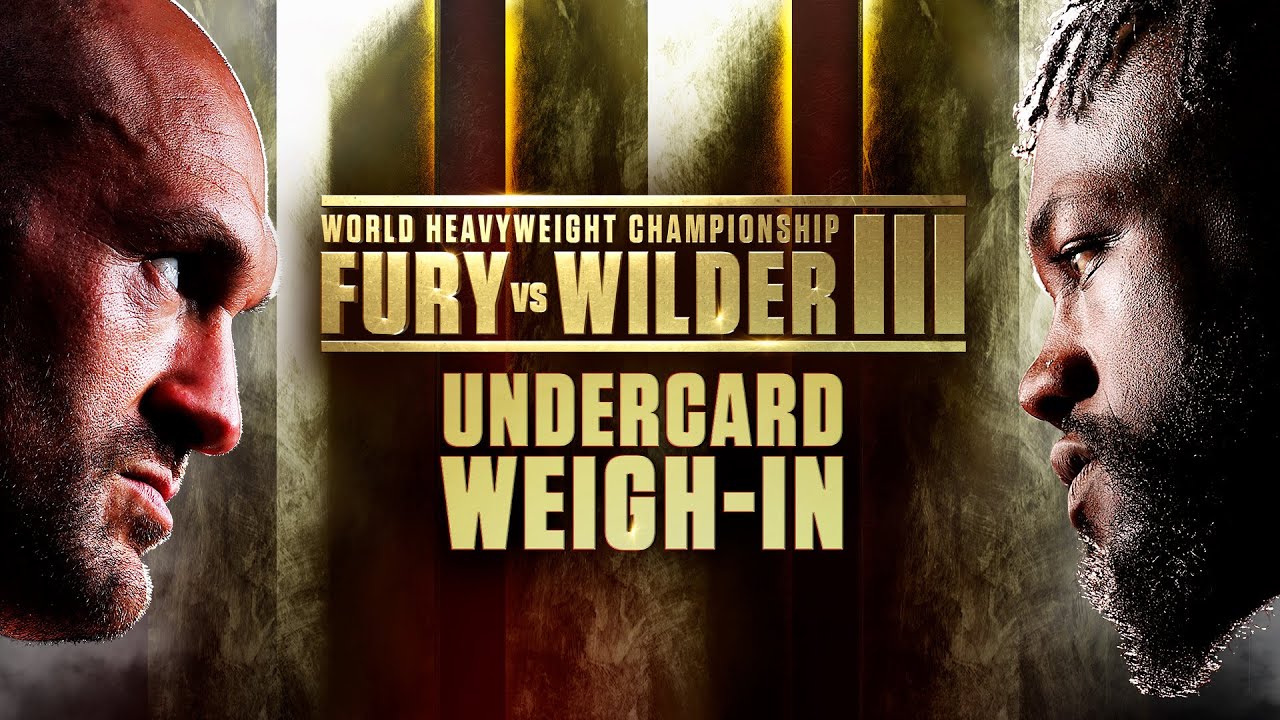 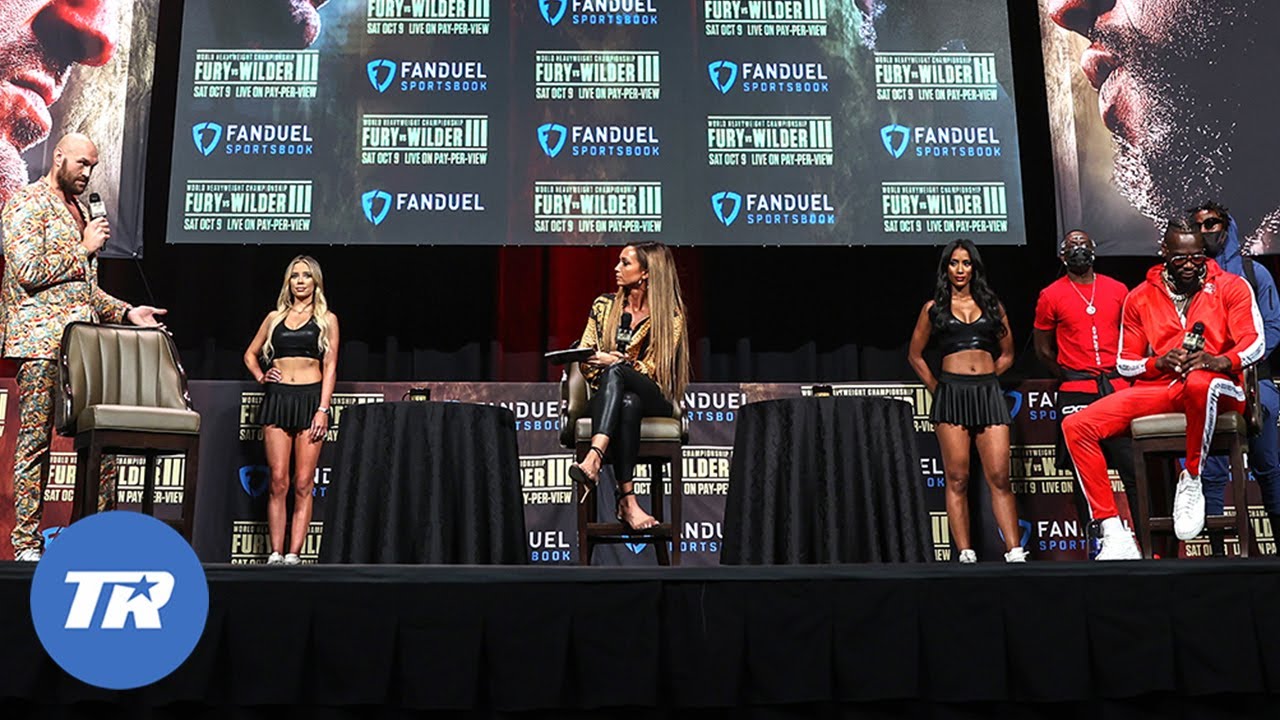 The third match between the two giants – Fury stands 6’9” while Wilder is 6’7” – will conclude one of boxing’s most storied heavyweight trilogies. It follows a controversial draw in December 2018 that saw Fury rise from a pair of knockdowns, and the dramatic February 2020 rematch, where Fury flipped the script and knocked out Wilder in the seventh round.

Before the main event, three other heavyweight bouts will be aired: a battle of unbeatens in Efe “The One and Only” Ajagba versus Frank “The Cuban Flash” Sanchez, a hotly anticipated rematch between Robert “The Nordic Nightmare” Helenius and Adam “Babyface” Kownacki, and rising American superstar Jared “The Real Big Baby” Anderson against fellow unbeaten Vladimir Tereshkin.

The event takes place on Oct. 9. Fury and Wilder are expected to make their ringwalks around 11:30 p.m.

The fight can be seen be streamed on ESPN + PPV in the U.S. and on Fox Sports PPV through your local cable and satellite provider. In the United Kingdom, it can be on BT Sport Box Office.

In Germany, Austria and Switzerland, Fury vs. Wilder 3 can be streamed on DAZN.

Three Former Champions Serve as Analysts for ESPN and FOX

Rounding out the broadcaster lineup for the week is ring announcer Jimmy Lennon Jr., who will appear at all three events. The Hall of Famer returns after announcing Wilder vs. Fury II.

Wilder vs. Fury III production will include a unique mixture of innovative camera mounts, super slow motion and high resolution. FOX Sports will add a pair of JitCam cranes on opposite sides of the rings, one with the ability to move up to 100 feet along a track from one side of the venue to the other. A Dynamicam, a mini three-axis cable cam system, functioning as a wired “drone” on the reverse side of the ring, will fly over the audience. A super high-resolution “c360” camera will be used above the ring in the place of a conventional robotic overhead to allow infinite zoom and pan functions to that position.

Additionally, FOX Sports will have an ultra-slow-motion camera on the reverse side of the ring, sporting a one-of-a-kind high-resolution lens to give a cinematic “Raging Bull” feel to replays.  In addition, there will be several wireless cameras, including FOX Sports’ Megalodon shallow depth-of-field camera, made famous as part of FOX NFL coverage last season.

Of the 30-plus cameras, all ring coverage will be in super slow mo. On the audio front, FOX Sports will employ more than 50 wired and wireless microphones, including mics on referees and trainers.