Shawn Porter on Terence Crawford: ‘I’m going to put on a show’ 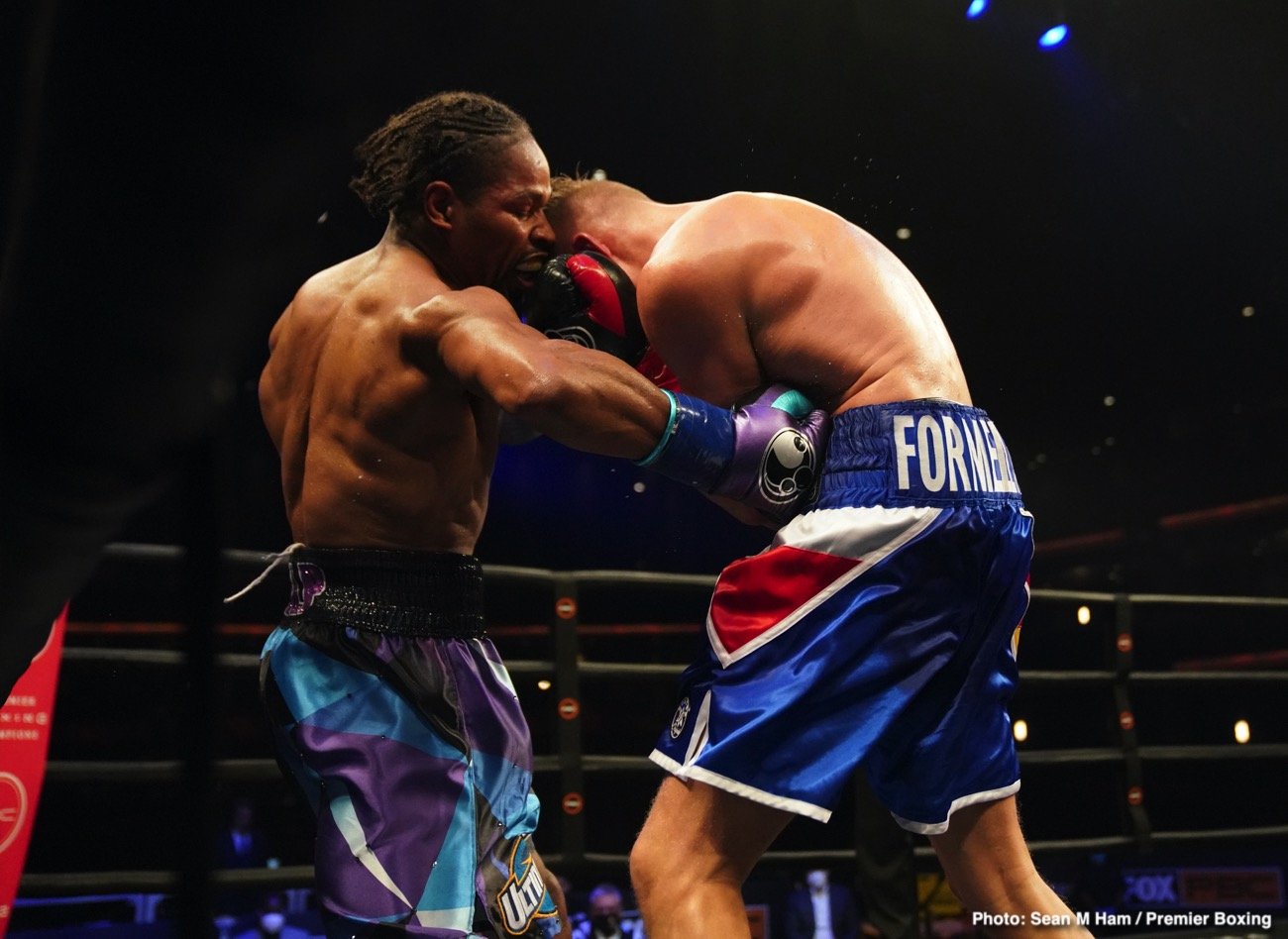 By Matt Lieberman: Former IBF/WBC welterweight champion Shawn Porter (31-3-1, 17 KOs) is vowing to give fans something for them to remember on November 20th when he challenges three-year WBO welterweight champion Terence ‘Bud’ Crawford (37-0, 28 KOs) for his title on PPV at the Mandalay Bay Resort & Casino, in Las Vegas.

Crawford, 33, was forced into fighting Porter by the World Boxing Organization, who took action and ordered the Top Rank promoted ‘Bud’ to defend against his mandatory.

It’s a good thing the WBO did order the fight because Porter would have likely have been bypassed in favor of Jose Zepeda or David Avaneysan for Crawford’s next defense. It’s easier for Top Rank to make in-house fights.

The fight was just announced this past week, and Crawford is glad because he gets to prove himself to the many boxing fans that have doubted him.

Crawford hasn’t seemed overly ambitious during his time at 147, and he’s not pushed as hard as he should have if he were genuinely interested in fighting the PBC welterweights.

Porter to give fans something to remember

“We’re just glad it’s been announced and now we’re getting ready,” said Shawn Porter to K.O. Artists Sports on his fight with Crawford, “I don’t want to get into strategy right now. 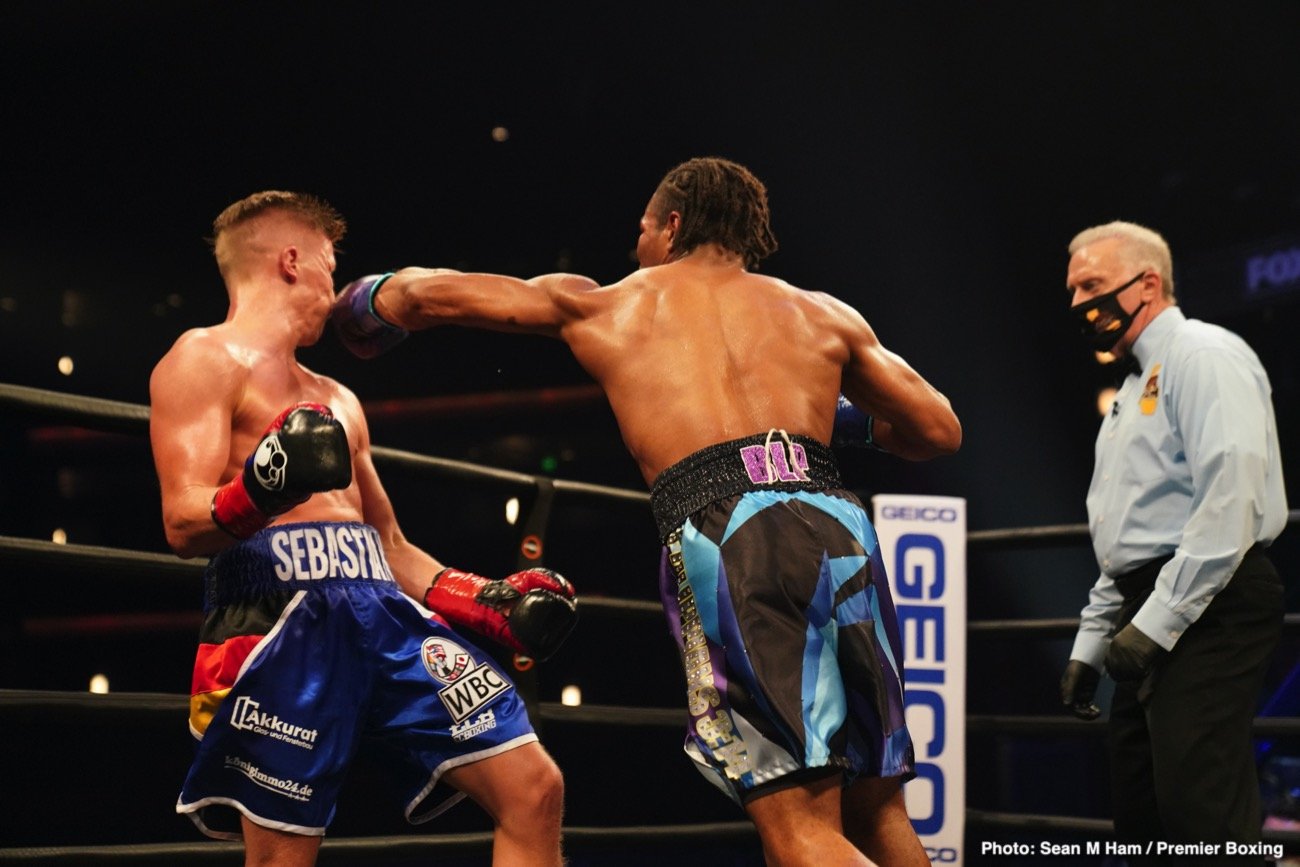 “We haven’t done a press conference yet to officially announce the fight. Until then, I’ll keep everything reserved. It doesn’t matter if you pick me or pick him.

“Obviously, we have to go in the ring and do our thing. I’m going to put on a show that is memorable for a long time. Even if you picked against me before, you didn’t forget that I was in the ring,” said Porter.

To win this fight, Porter is going to need to take it to the trenches and force Crawford into the type of warfare that he hasn’t had to deal with. Porter has got to maul Crawford and not give him room to punch and move.

Crawford can prove his pound-for-pound status

“There’s a consensus in boxing that Canelo Alvarez is the best pound-for-pound fighter in the world, and he’s earned, and you can kind of prove it with his resume,” said Max Kellerman on Max on Boxing.

“If you ask me who the best pound-for-pound fighter in the world is, I can’t prove it. It’s what I think, and I believe. It’s Terence Crawford, but he hasn’t proven it.

“Why hasn’t he proven it? Because in today’s day and age in boxing, fighters are siloed with networks and promoters. Terence Crawford is here on ESPN with Top Rank Boxing. Shawn Porter is with all the other welterweights on other networks with another promoter.

“So Crawford has been frozen out of top fights. But everyone in boxing when we look around, which one of these guys are going to cross the street? I just heard Terence Crawford talk about it.

“There was a consensus of the people I’ve spoken to and thought like me. It’s going to be Shawn Porter, the fight fan’s fighter. This dude is so good, so tough, has so much heart, and is looking for the biggest, baddest challenge always.

“By the way, Crawford might be the best pound-for-pound in the world. It doesn’t mean you beat Shawn Porter. Shawn Porter lost by the slimmest of margins to Errol Spence.

“Crawford – Spence would be the best fight you can make in combat sports period. Can Shawn Porter play traffic cop for Spence?

“I don’t care how good Crawford is, and he’s damn good; he’s probably going to have his hands full with Shawn. I can’t wait for that fight,” said Kellerman.

Canelo Alvarez – Caleb Plant will be on Showtime PPV on Nov.6th »