By Huck Allen: As expected, Oscar Valdez (30-0, 23 KOs) held onto his WBC super featherweight title with a 12 round unanimous decision over #15 WBC challenger Robson Conceicao (16-1, 8 KOs) on Friday night at the Casa Del Sol in Tucson, Arizona.

He didn’t receive a warning before the referee deducted a point. Interestingly, Valdez threw a rabbit punch that was even more blatant in the 10th round, and he wasn’t penalized or warned. Oh well, that’s one of the benefits of being the A-side, I guess.

Boxing News 24 will be giving live updates on the action tonight below: 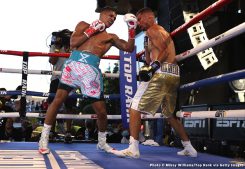 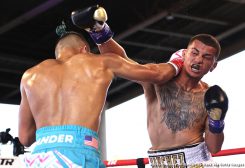 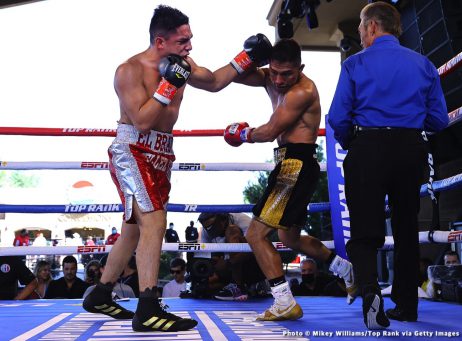 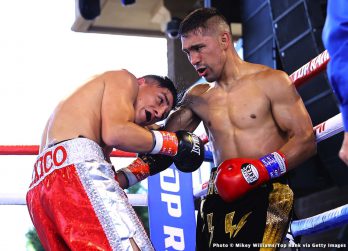 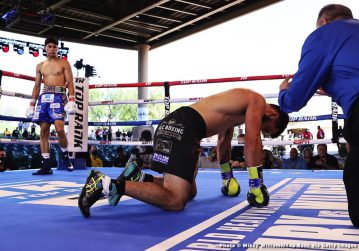 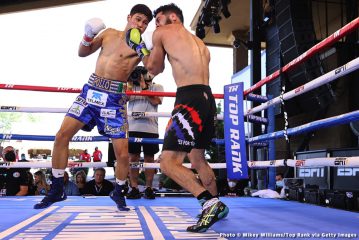 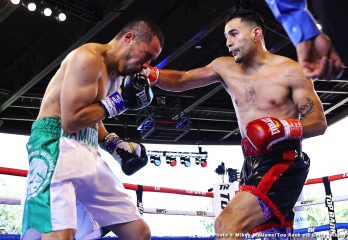 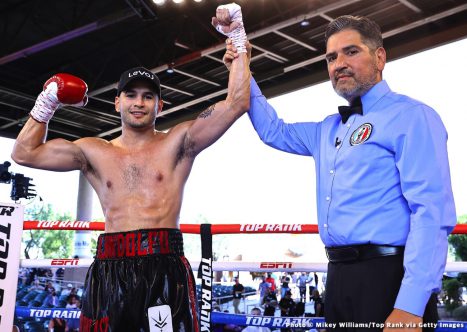 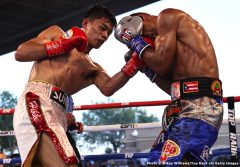 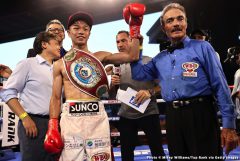 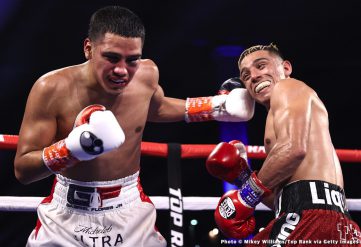 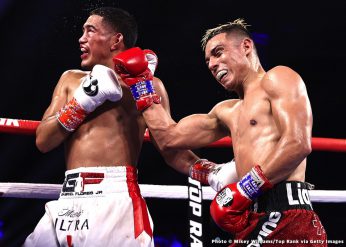 “The WBC is saying it’s okay and is letting the fight go on. Well, then why did you ban it then?” said Atlas on The Fight with Teddy Atlas about Valdez testing positive for the banned substance Phentermine.

“Why do you have these rules? If you’re not going to uphold these rules and suspend him? Does it depend on who’s caught and doing it? ‘

“Eddy Reynoso, he’s had how many fighters in his camp [that have tested positive for banned substances]. I got three of them. You’ve got Canelo, you’ve got Valdez and then you go back and you got Julio Cesar Martinez.

“I want to get into the excuse in how they get around this. The WBC says they only ban the drug [phentermine]  in competition, and the in-competition period only begins on fight day. Wow!

“You can use a banned substance to get ready for a fight as long as you don’t use it the day of the fight. Well, that makes a lot of sense.

“So let’s just say it gives you an advantage in making weight. So it helps you make weight, which is not legal.

“So you have an advantage, something that helps you make weight where you don’t have to struggle like the other guy might have to. Why would you use it after that anyway?

Teddy wants  the sport to be clean

“All these regulators of the sport are just a joke,” Atlas continued. “Their motto is to come fight for the WBC, which stands for ‘We Be Collecting.’

“Are banks are always open. Canelo tested positive for the banned substance clenbuterol in 2018. In 2018, he had to postpone the rematch with Golovkin.

“In 2019, Julio Cesar Martinez, also part of Reynoso’s gym, tested positive for the same drug that Canelo did, Clenbuterol. So now, of course, we have Valdez. That’s three.

“I’ve heard people say there’s more. I think three is kind of a lot. Caleb Plant, the IBF super middleweight champion, went on a rant after hearing about Valdez not being held accountable and not being suspended.

“He’s not wrong. A lot of fighters feel the same way, but they won’t say it publically. I got to give them credit.

“This sport is already dangerous enough without putting stuff in your body to make it even more dangerous. He has to go and fight Canelo if that fight stays on.

WBC super featherweight champion Oscar Valdez will be making his highly publicized first title defense of his belt tonight against his former conqueror from the amateur days Robson Conceicao in the headliner at the Casino Del Sol in Tucson, Arizona.

Valdez, 30, has been getting dumped on all week for his positive test for phentermine, but the fight is still going ahead after the WBC and the local Commission agreed that it wasn’t a big deal. A lot of boxing fans disagree, but they have no say so.