By Allan Fox: WBC featherweight champion Gary Russell Jr. really let Gervonta ‘Tank’ Davis have it in an interview in saying that he’s become a “cherry-picker” with the way he’s being matched strategically by his management.

Recently, Gervonta (25-0, 24 KOs)  picked up the WBA ‘regular’ light welterweight title from Mario Barrios on June 26th, stopping him in the 10th round to become a three-division world champion.

Is Gervonta a cherry-picker? You decide

While Gervonta, 26, could have challenged the main WBA 140-lb champion Josh Taylor for his belt, he picked out Barrios, a fighter arguably far less talented and viewed as an easy mark.

In another example of Gervonta facing less than the best, he became a two-division world champion by beating 40-year-old Yuriorkis Gamboa in 2019 by a 12th round knockout to capture the WBA ‘regular’ lightweight title.

Russell Jr. (31-1-1, 18 KOs) says he doesn’t go for cherry-picking, as he wants to face the best that he can. He thinks that fighters have weakened the sport by fighting lesser opposition and allowing YouTubers to compete in events, making more money than true fighters. 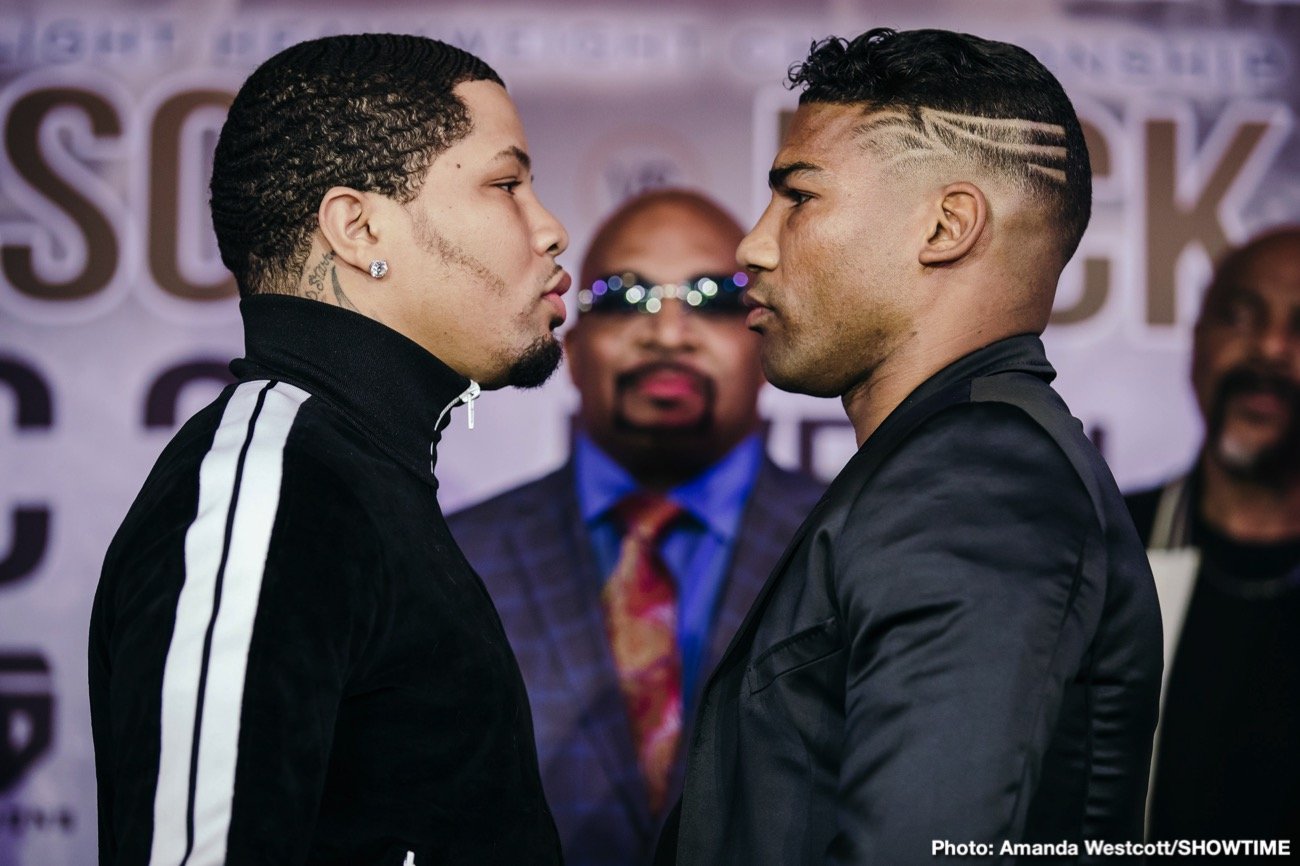 Russell Jr. is right about the sport being watered down with YouTubers competing in it.

You wouldn’t see the NFL or NBA allowing YouTubers to walk into the sport and be given a place on one of the teams to make top dollar like we’re seeing in boxing now.

Really, the YouTubers aren’t qualified to be boxing, yet they’re able to peddle their trash fights on networks like Showtime. The fans see that and watch the poor product assume that all boxers are as terrible as the YouTubers.

“I thought it was a strategic fight,” said Gary Russell Jr. to Fighthub on Gervonta Davis, selecting Mario Barrios to fight for his WBA 140-lb belt rather than undisputed champion Josh Taylor.

“They’re cherry-picking; what I mean by that is they’re picking the easiest task, whoever they feel is the easiest task or easier fight is, and fighting that person,” said Russell Jr.

While boxing fans can certainly criticize Gary Russell Jr. for only fighting once a year, he at least has taken risks with his career against talented fighters like Vasily Lomachenko, Joseph ‘Jo Jo’  Diaz Jr., and Jhonny Gonzalez.

We haven’t seen Tank Davis take any dangerous fights during his career, and it doesn’t look like that will change anytime soon.

“With Barrios, he was f**** losing,” continued Russell Jr. about Tank’s fight with WBA secondary 140-lb champion. “Floyd [Mayweather Jr.] had to come in the corner and tell him ‘Hey, you’re down on the scorecards, you got to get this guy out of here to win this fight.’

“He ain’t going to stay at 140, not with that performance,”  said Gary Russell Jr. on Gervonta.

No way is Tank going to stay at light welterweight after the problems that he had against Barrios. Stephen Espinoza of Showtime already revealed a couple of weeks ago that Davis is moving back down to 135, and his next fight will be in that weight class in December..