Moments after the fight, Canelo looked happy, standing and celebrating after Valdez was announced as the winner by the scores 117-110, 115-112, and 115-112. While some fans agreed with the decision, many others have sounded off, saying the fight was a “robbery” of the highest order.

Nevertheless, Valdez says he’s moving on to ‘bigger & better things’ and WON’T be giving a rematch to the three-time Brazilian Olympian Conceicao.

Unfortunately for Valdez, he’s going to have to live with his controversial win over Conceicao and suffer through the reality that many boxing fans not only think he was GIFTED a decision. They also view him as a drug cheat.

It’s a double whammy of sorts for Valdez, as his popularity has plummeted with fans. Valdez will have to make sure he doesn’t test positive for any other drug substances in the future, be it phentermine or whatever. Blaming it on herbal tea isn’t going to work. 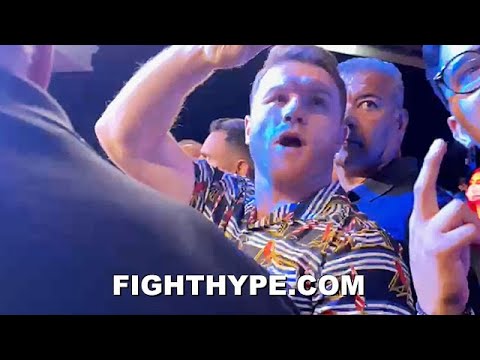 The superstar Canelo is obviously aware of the huge backlash that Valdez has been dealing with after his positive test for the VADA  banned diet substance phentermine.

Valdez didn’t receive any punishment from the Commission or the World Boxing Council for his positive test, which has angered many fans, who feel that he was given preferential treatment due to his popularity.

Arum had Valdez winning 7 rounds to 5

“I told them that Conceicao is a hell of a fighter. Conceicao fought a very good fight,” said Bob Arum to Fighthype. “I had him winning in the early rounds, and then Valdez came on in the end. So I think the scores that I had were 115-112. I had 7 rounds to 5 [in favor of Valdez].

“That’s up to the fighters,” said Arum when asked about his thoughts on matching Valdez against the winner of the Jamel Herring vs. Shakur Stevenson fight on October 23rd. “I’m just the promoter.

“As long as they’re reasonable with their purses, if they want to fight each other, I’m in favor of it. Never, never, never discount the Marines,” said Arum about Herring. “The Marines, especially a kid like this, who had two tours in Iraq and is not backing down from anybody.

“While Stevenson is the more accomplished fighter, he’s fighting a Marine, and anything can happen.

“I think Valdez was shocked like a lot of people, who haven’t watched Conceicao, who’s been fighting on down cards. It doesn’t shock me that Conceicao would give him a hell of a fight,” said Arum.

Valdez was certainly shocked by how talented Conceicao was because his face showed it afterward with all the bruising and swelling. Valdez has no interest in giving Conceicao a rematch is a testament to how much trouble the Brazilian gave him.