By Dan Ambrose: In more bad news for PBC, WBA/WBC super bantamweight champion Brandon ‘The Heartbreaker’ Figueroa has tested positive for COVID-19 and has now pulled out of his unification clash against WBO 122-lb champion Stephen ‘Cool Boy Steph’ Fulton Jr. for September 18th at the Park Theater, in Las Vegas.

According to ESPN, the Figueroa vs. Fulton fight will be rescheduled at a still to be determined point. The timing of this is bad because Figueroa’s career is starting to take off, and now he has to deal with this. Hopefully, he’s not sick for too long.

Figueroa is coming off a huge seventh round knockout win over WBC super bantamweight champion Luis Nery (31-1, 24 KOs) last May. That was a huge win for Figueroa in beating a talented champion in Nery.

It’s unknown whether the 24-year-old Figueroa (22-0-1, 17 KOs) had been vaccinated for COVID-19 prevention. If not, it would be disappointing because it’s too risky for fighters not to be vaccinated right now, given the risk to them, their opponents, for all the people around them.

With the money the promoters are putting out to set up these cards. They need to be making sure their fighters are all vaccinated so they don’t become ill during training camp and then have to pull out. All the different sparring partners that come into camp.

There’s no way of keeping track of where they’re going and who they’re coming in contact with. It isn’t as much of a big deal as long as everyone is vaccinated, but there are many anti-vaxxers out there that don’t agree with being forced to take a vaccine. 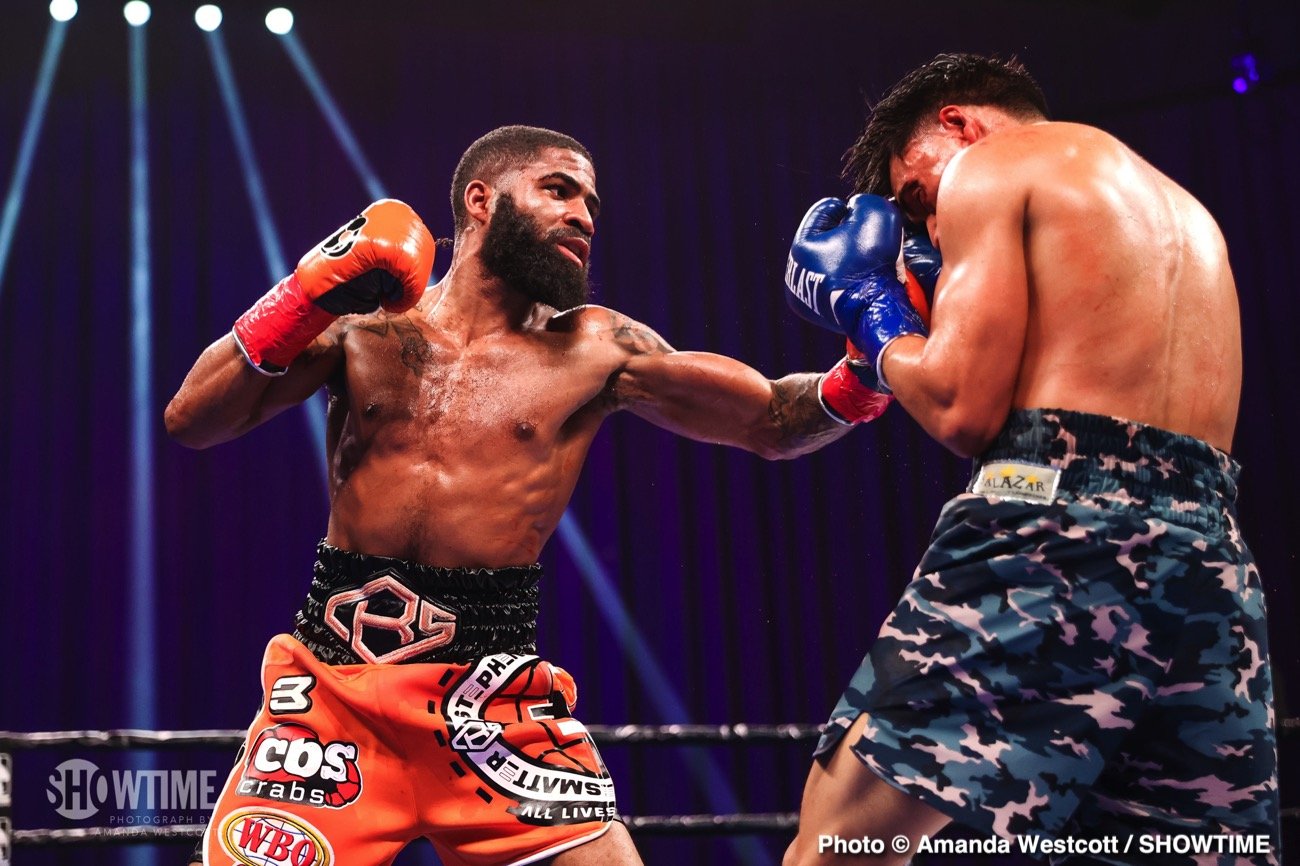 Many of them view the vaccines as dangerous down the road, and they don’t want to end up sick in the future. That’s not to say that Figueroa is an anti-vaxxer. Maybe he’s like Oscar De La Hoya, who was vaccinated and still ended up catching COVID-19.

Fulton (19-0,8 KOs) had got to feel because this was his big chance to dethrone Figueroa and become a three-belt champion. That would have been a big deal for the career of the 27-year-old Fulton, who is coming off a big 12 round unanimous decision win over Angelo Leo last January to win the WBO 122-lb title.

“Sources: Brandon Figueroa has tested positive for COVID and has been forced to withdraw from his Sept. 18 122-pound title unification with Stephen Fulton. The Showtime main event will be rescheduled at a later date,” said @MikeCoppinger.