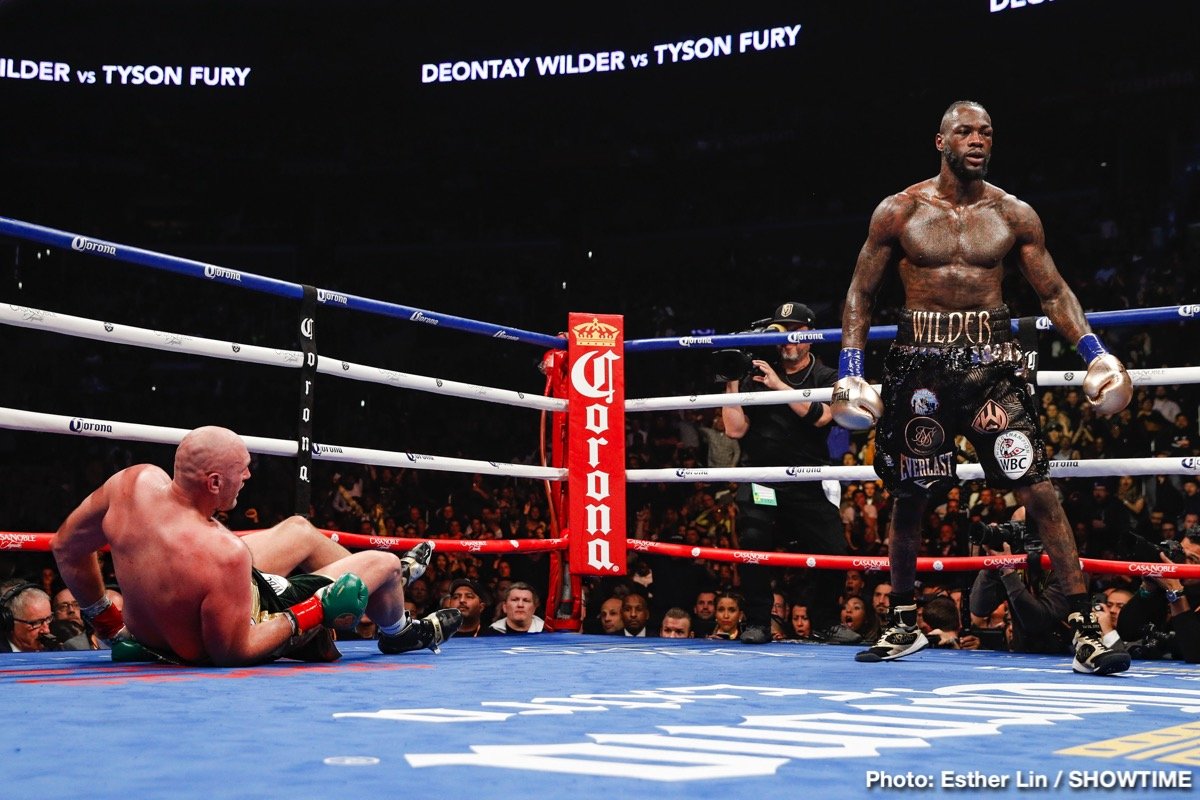 By Scott Gilfoid: Anthony Joshua is picking the “obsessed” Deontay’ Bronze Bomber’ Wilder to KO ‘The Gypsy King’ Tyson Fury in their trilogy fight on October 9th. Joshua feels that Wilder (42-1-1, 41 KOs) is so focused for this third fight on winning, and he’s ready to scalp a distracted Fury (30-0-1, 21 KOs).

If this is the end for Fury, he had an excellent little career with a rabbit-punching win over Deontay in 2020 and his ugly victory over Wladimir Klitschko in 2015.

Granted, Fury should have been knocked out by Wilder in their first fight in 2018, but we’ll ignore that blip on his resume.

What we’ve heard about WBC heavyweight champion Fury being beaten up by his sparring partners Jared Anderson and Efe Ajagba doesn’t paint a pretty picture.

The combination of age and high living has caught up to Fury, bringing him back down to earth.  The money and the inactivity have done a number on Fury, as well as the normal aging. 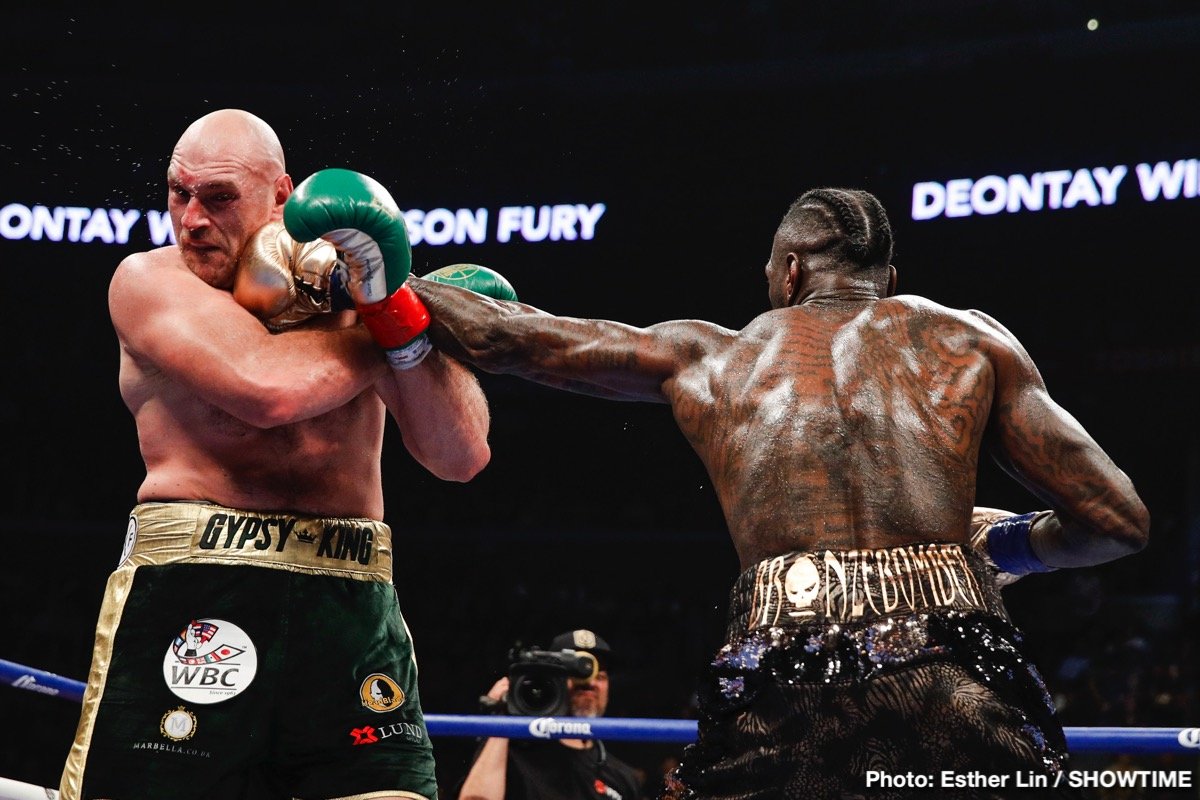 Fury’s dad was over-the-hill by the time he was 31, and that tells you that the 33-year-old Tyson is could years overdue.

“He seems obsessed like he really wants it. He seems really focused on the task ahead. A focused man is a dangerous man, and he’s focused. It has to be a knockout,” said Joshua to The Sun in predicting a knockout victory for Deontay Wilder over Tyson Fury on October 9th.

“Wilder might get the decision. Actually, no. It has to be a knockout. One of them will knock the other out,” said Joshua in making it clear that Deontay NEEDS a knockout to get the win over Fury.

Wilder has vengeance on his mind going into this fight with Fury, as he was embarrassed by what happened to him in their last fight in 2020.

Whether Wilder truly believes Fury cheated or not matters little at this point, as he wants to tear him apart.

All that bragging that Fury has been doing about his win over Deontay, it’s angered the American to the point where he wants to shut his trap once and for all.

Fury did bend the rules with his rabbit punching in the last fight, and, of course, some question why his gloves were flopping around. Did they slide off Fury’s hands during the battle?

Joshua doesn’t need to worry too much about how Wilder wins, as it’s apparent that he will be looking to separate Fury from his senses on October 9th.

This time, Wilder will be looking to knock Fury out to the point where he can’t get up in time to beat the count. Even if the referee delays the count, Fury might not be saved on October 9th.

There are still many questions on whether Fury should have been knocked out in the 12th round in his first fight with Deontay.

“If I win, I’ll fight either one of them,” said Joshua about the Fury vs. Wilder 3 fight. 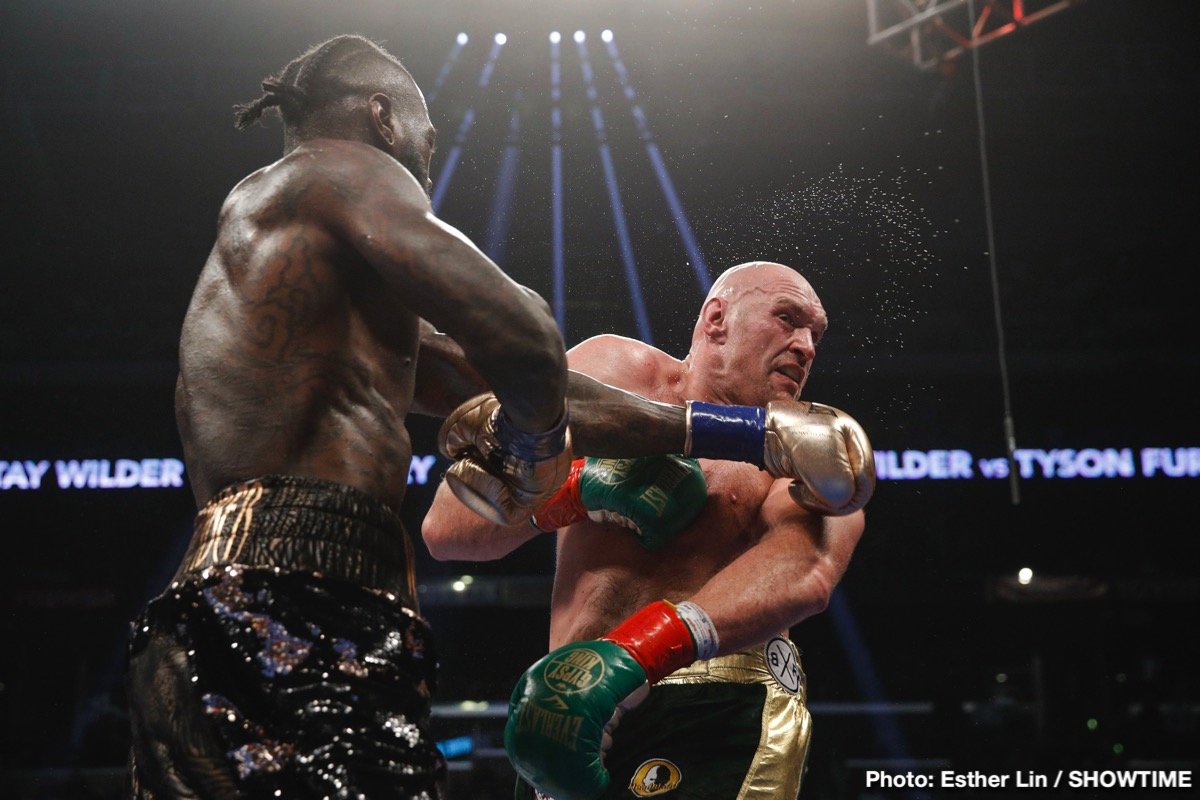 “If Fury wins and doesn’t take the fight with me because on his hit list, he said he wants to fight Dillian [Whyte] first or [Dereck] Chisora — then I’ll fight Wilder,” said Joshua.

If Fury wins, he’ll go for the money against Joshua because I think he knows that he doesn’t have much time left with his career.

Fury getting beaten up by his sparring partners has got to be a hint to him that he’s reaching the end of his career. When the younger lions are tearing up in sparring, it’s a signal the end is near for Fury.