The unbeaten Ortiz (17-0, 17 KOs), ranked #1 with the WBO, wants the fight with Crawford after he deals with former world title challenger Egidijus Kavaliauskas (22-1-1, 18 KOs) in their headliner fight on August 14th live on DAZN at The Ford Center at The Star, in Frisco, Texas.

If Crawford faces #2 WBO Shawn Porter next, as ordered by the World Boxing Organization, then Ortiz wants the winner of that contest.

He obviously won’t waste his time with Crawford if he gets beaten by Porter (31-3-1, 17 KOs), as it’s more important for Ortiz Jr to win the WBO title than fighting Bud for the sake of doing it.

Vergil, 23, states that Crawford said he should fight Kavaliauskas first before he starts looking to challenge him for his WBO 147-lb title, so that’s precisely what Ortiz is doing. 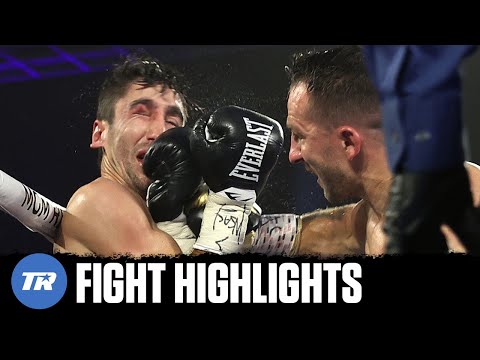 Crawford presents the heavy-handed two-time Olympian Kavaliauskas as an obstacle that Ortiz must overcome before considering giving him a shot.

“If people are talking about me, that’s fine,” said Vergil Ortiz to Fighthub about him never having ducked Crawford.

“People are always going to talk about you, but if you’re lying and saying I said something or if you’re just lying about what I did like turning down the [Crawford] fight, which I never did, then I got to say something.

“They’re making me look bad. They’re trying to make me look bad for whatever reason. I don’t know what their reason is, but it’s a lie. So I got to clear the air,” said Ortiz.

Fans think that Vergil turned down the Crawford fight based on Shawn Porter, the #2 ranked WBO contender, ordered the World Boxing Organization to challenge Bud for his title.

It looks strange that the WBO is ordering the #2 ranked Porter to challenge Crawford rather than the #1 contender Vergil.

When boxing fans saw that, they assumed Ortiz had turned down the title shot against Crawford. In reality, Vergil is scheduled to fight Kavaliauskas on August 14th, so that match needs to play out.

“Most definitely, it’s the biggest challenge of my career so far,” said Ortiz Jr about his fight against Egidijus Kavaliauskas on August 14th.

“We brought in some Russians to spar. They’re heavier than me, and they’re giving me some good work. I like to spar heavier guys,” said Ortiz.

Kavaliauskas will be a good test for Vergil to show whether he can cut it against a world champion. It’s a step up for Ortiz from his past fight against Maurice Hooker in terms of power, and it’ll be a tough one for him.

Kavaliauskas is coming off of an eighth round knockout of Mikael Zewski last September, a fight in which he showed excellent power in chopping down his tough foe.

It’s a real war on August 14th with Ortiz Jr and Kavaliauskas firing huge power shots from start to finish. This is one of those fights that guarantee a knockout, and it’s going to be fun to see which of the two gets the stoppage.

The youth and the work rate that Ortiz has going for him should be enough for him to get the stoppage over Kavaliauskas, but you never know.

Ortiz was only 70% for Hooker fight

“During the fight, I was 70% there,” said Ortiz about his fight with Maurice Hooker. “Even then, my tempo wasn’t there. Before this camp, when I was training at home, I felt 100 times better.

“Right now, I feel 1000 times better. The last camp, I couldn’t spar at all, and I barely had the energy to hit the bags,” said Ortiz due to him recovering from COVID-19.

“This camp, there has been no halt for anything. In my last fight, I wasn’t too confident in myself. This fight, I feel it already.

“I’m sure he was in the gym sparring and everything,” said Ortiz in reacting to Egidijus Kavaliauskas having been out of the ring for a year.

“One reason is Crawford told me to fight him,” Vergil said when asked why he picked Egidijus to fight.

“It’s not like I’m taking orders from him, but it’s a good step-up fight. I think that was Crawford’s last fight.

“So it was a recent fight for Crawford. It’s a good measuring stick. Hopefully, I do good and come out on top.

“They can gauge my performance against his. I feel like it’s a good fight whether he fought Crawford or not.

“He’s a very tough fighter. And he’s going to bring the best out of me. Hopefully, I win against Egis.

“I’m already #1 with the WBO. If the Porter [vs. Crawford] fight happens, I don’t want to say wait it out necessarily, but hopefully, I can face Crawford in his next fight,” said Ortiz Jr.

The hard-hitting Ortiz Jr didn’t look as good as he normally does in walking the 31-year-old Hooker down and slowly bludgeoning him with powerful shots to take the fight out of him.

In the seventh, Vergil stopped Hooker, but it was far from an easy fight for him.

Hooker landed many big punches during the fight on Ortiz, and it’s easy to imagine that if it had been Crawford throwing them, he would have scored a stoppage.

For Ortiz to beat Crawford, he’s going to need to be 100%, and it’s going to require a body attack to force the Top Rank fighter to stop moving.

Crawford, 33, hasn’t had to use his feet for a long time due to the weak match-making done for him by his promoters, but against Ortiz, we’ll see him on his bike trying to avoid getting hit.