John maintains that Wilder is a “liar’ and that he’ll have him in court if he keeps talking.

Fury had to postpone his scheduled July 24th fight against Wilder after testing positive for COVID-19.

Unfortunately, there are many skeptics among fans that Fury was ever sick and that they believe he pulled out because he didn’t have a good camp. There are rumors of Fury being knocked out by his sparring partners and worked over by Jared Anderson.

“The only thing he can damage is Tyson’s brain by talking him to death by talking bull s*** and Tyson listening to his bull s***,” said John Fury to Boxing Social when told that Deontay says he can ‘damage’ Fury in their October 9th fight.

“But you know something? Tyson takes no more notice of him than I do as a stone in the road. That man has got zero respect for the Fury family.

“The only thing that Tyson thinks of him is a good payday and 20 minutes of work to dispose of a big-mouth man like him because Deontay Wilder, I don’t like him.

“He’s a bad sportsman, he’s a liar, and I would have him in court. Let me tell you this, Deontay Wilder, if you keep coming out with those accusations, mate. I’m in charge now.

“You’ll be in court, pal. I want you to back up everything you’ve said in detail. So when the next press conference comes, you’ve got some explaining to do. 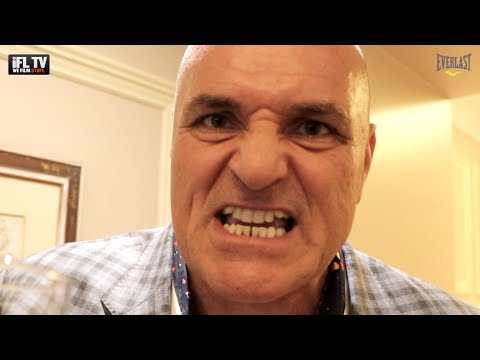 “You’ll be in the court of law. Let me tell you that. Court of law because you’re messing with me now, not Tyson. Tyson’s a fighting machine, he doesn’t get interested in all that bull s***, but I do.

“Keep making false accusations, and we’re going to put you in court, mate. Believe you me, you’ll be getting a writ very shortly,” said a furious John Fury.

As you can see, John is warning Wilder of legal action if he keeps up with his accusations aimed at Fury from their second fight. It’s unclear what the result would be with a long court case.

With Wilder’s wealth, it wouldn’t put much of a dent in his finances, and it would be a big headache for Fury.

Fury DID have COVID-19, insists John

“Let me say this about people saying that Tyson didn’t have COVID-19. Efe Ajagba had COVID-19,” said John Fury. “Everybody in that camp, most of them, had COVID-19 and most of the sparring partners.

“People wouldn’t expect Tyson to fight with COVID-19, even though they would because they think he’s somebody superhuman and thinks things don’t affect him.

“What I’m saying is they do affect him. His brother in his own family couldn’t even breathe, the poor lad. So I said to him because I was a bit of a skeptic of the COVID-19.

“Since Shane told me what happened to him while he was ill, I’ve changed my whole outlook. I wear my mask, and I keep my distance to myself, and I don’t bother with crowds.

“He said, ‘Dad, it’s a pretty scary thing.’ Let me tell you something. My kid’s health comes first, not a boxing match.

“And Andy Lee had it, he’s had it,” said Fury. “Obviously, it’s about, and nobody can help catching it. So let me tell these people.”

The picture that surfaced of Fury in a casino in Vegas is what made some boxing fans doubt that he ever had COVID-19.

Moreover, the talk of Fury having a bad training camp helped feed into the belief that he needed to postpone the July 24th trilogy match with Wilder because he wasn’t anywhere near ready.

“I’m a straight-talking man and an honest kind of man,” said John Fury. “Bob Arum has told me things in the past, well, not me directly, but he’s told the team that has been an outright lie, hasn’t it?” said Fury in reacting to a recent comment from Arum about wanting to stage the Anthony Joshua vs. Tyson fight in the UK. 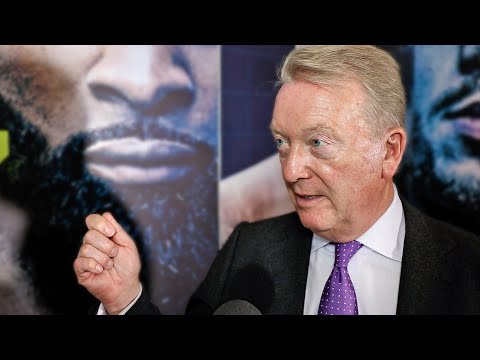 “He said Deontay Wilder wasn’t going to be a problem, and we all looked stupid at the end of it. If he can make it [Joshua – Fury in the UK] happen, then good luck to him.

“If Bob Arum can make it happen, he’ll go up a level in my book. Let’s just see. Talks cheap, money buys houses, but we do need that fight here in the UK.

“If he can make that, big respect to him. I’ll shake his hand and apologize to him on national television. Let me tell you this much, Bob. Stick to your word, mate, and stop bringing skeletons out of the cupboard.

“It doesn’t look good for you, Bob. But believe me, I’m not happy with what you’ve done with the Deontay Wilder fight, how you handled that.

“I’ve made it public knowledge, but listen if you bring that Anthony Joshua [and Fury] to Britain, big apologies to you. We’ve got to get past Deontay Wilder.

“We’re focusing on him, and we’re going to knock him into next week. When we deal with Deontay Wilder, then I’ll sit down and listen to what Bob Arum is saying.

“But let me tell you something. Always deal with the job at hand. Don’t look too far in the future.

“AJ now, unfortunately, is in the distant future [for Fury]. We got to get this job done [against Wilder]. No one can look that far ahead,” said John Fury.

With Fury’s promoter Bob Arum already talking about wanting to stage the Joshua-Fury undisputed clash in the UK in the first quarter of 2022, it’s clear that they’re overlooking Wilder.

Even Joshua’s promoter Eddie Hearn is already making plans to schedule the Fury fight early next year. It’s pretty obvious that Fury and Joshua’s management view the Wilder fight as a slam dunk win for Tyson, and that’s foolish.

We saw the same thing with Fury trying to walk away from his contractual trilogy match with Wilder recently.

These behaviors show from Team Fury and Team Joshua that when you want something so badly, you forget about what is required to get to that level.

This could blow up in Fury’s face if Wilder knocks him out on October 9th. Believe me, there will be a lot of second-guessing going on afterward from Team Fury, and the fans are going to be all over him.

“Get off Tyson’s back. Instead of knocking him, support him,” John said about the ‘Gypsy King’ Fury. He’s doing his country proud, and he’s doing it to entertain you.

“So get off his back and do the right thing and say, ‘you know what? We’re at your back all the way, mate.’ Make him feel wanted in his own country.

“That’s why he [Fury] likes America because they love him out there. That’s more than I can say about most of these people. But let me tell you this much.

“I want to thank every true fan that he’s got, I do because you’re loyal to us, and we’re loyal to you. Tyson Fury is the best heavyweight in the world, so support him and get in the back of him.

“Stop knocking him. The Americans don’t knock him. They’ve embraced him and are trying to steal him. You know that Tyson is British.

“He said, ‘Dad, I would love to come home; I’m a British man. I was born here, and I’m going to stay here.’ So get the back of him and respect him a bit more,” John said.

John is overlooking the anger that boxing fans have over Fury, choosing to try to maneuver his way out of his trilogy fight with Wilder.

That was a bad move on Fury’s part, as he needed to wait until the arbitrator made a ruling before he started trying to set up the undisputed clash with Anthony Joshua.

Fury should have told his promoters at Top Rank to hold off on setting up a fight with Joshua until after the arbitrator made his ruling, but they didn’t.

John sounds like he doesn’t understand why the fans are unhappy with Fury right now, and that’s troubling.