By Max Schramm: Errol Spence Jr. is looking forward to beating living legend Manny Pacquiao and sending him into permanent retirement on August 21st at the T-Mobile Arena in Las Vegas, Nevada.

It’s an important fight for IBF/WBC welterweight champion Spence (27-0, 21 KOs) because it allows him to add to his legacy with a big win over a famous guy that most fans still worship.

Pacquiao, 42, will be fighting tooth & nail in this contest, knowing that Spence intends to send him packing into retirement.

With Pacquiao’s political ambitions to be the president of the Philippines, he cannot afford to lose badly to Spence.

More than in any fight in his career, Pacquiao needs a victory now in the worst way to help strengthen his chances of winning the presidency of the Philippines.

“No, it’s not the biggest fight of my career, but it is an important fight,” said Spence to Mortal Kombat when asked if his clash against Manny Pacquiao is the biggest of his career.

“It’s probably the second biggest fight. I still feel the Kell Brook fight was the biggest fight of my career. If not for that, I’d still get here, but it would have been a lot harder road to get here.

“It solidified me in my first-world title fight. I was fighting in another man’s country in front of his fans, in front of 30,000, and stopping him for the [IBF welterweight] title.

“At that time, he was arguably the best welterweight division at the time. At that time, I felt like that was the biggest accomplishment of my career, especially as young in my career like that.

“That’s huge. Manny Pacquiao is an icon; he’s a living legend,” said Spence when asked what a win over Pacquiao would mean to him and his career.

“A lot of guys don’t get fights like this. If you look at the history of boxing, only a couple of guys get these fights against living legends.

When Spence took on former IBF welterweight champion Kell Brook in May 2017 in Sheffield, England, the British fighter had never lost a fight at 147.

Brook’s only career loss up to that point was against middleweight champion Gennadiy Golovkin in his previous fight in September 2016.

Even in that one, Brook was getting the better of GGG until an eye problem forced him to get out of the fight in the fifth.

“I do want to retire him, and I do respect him for taking this fight and being a real fighter,” said Spence about Pacquiao showing courage to face him.

“He could have picked Joe Blow or anybody, an MMA fighter, just to get a huge paycheck. He took the biggest challenge in the division.

“Nah,” said Spence when asked if Floyd Mayweather Jr called him up to give him tips on how to beat Pacquiao.

“I saw on Twitter that he was talking about fighting Mikey Garcia and Terence Crawford and all those other guys,” said Spence. “I sat back, and one day, I got a phone call from my adviser saying, ‘You could be fighting Manny Pacquiao in a few weeks. I’ll get back to you, but it looks like a real possibility.’

“He called me back and said, ‘You got the fight. It’s a done deal once he posts it on his Instagram.’ He done that, so I knew it was a done deal.

“I just credited that to my great adviser [Al Haymon] because I had nothing to do with it,” said Spence.

Spence’s talk about wanting to send the 42-year-old Pacquiao into retirement has led to him motivating the Filpino star to train hard and spoil his plans.

It might have been better if Spence didn’t say anything about wanting to send Pacquiao into retirement because there wouldn’t be as much motivation on his part to train.

I mean, Pacquiao would still train his backside off for the fight, but things are different now that he knows what Spence has in mind for him.

“It’s a fight that I’m interested in, and it’s the only fight I would stay at 147 for,” said Spence on a fight with Terence Crawford. 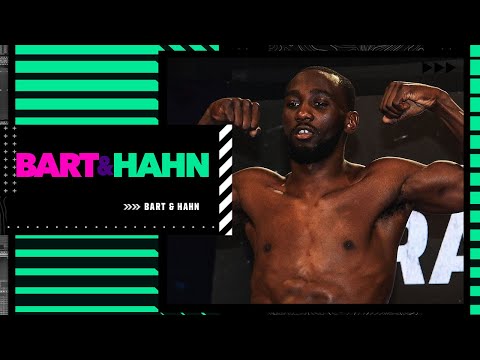 “I feel like I’m going to get the best Manny Pacquiao,” said Spence. “He’s a guy that comes in to fight. I’m going to judge him by his past performances, especially his Keith Thurman performance.

“Keith Thurman came in there thinking he was going to do one thing, and it went the other way.

“I don’t know what he’s doing. He can fight,” said Spence when asked if he’ll ever entertain the idea of fighting Thurman.

“That’s what he does, a negative fight fan. I came off a car crash, and I’m having my second fight, and he still hasn’t fought yet,” said Spence said.

Keith Thurman needs to get back in the ring because he still hasn’t fought since his loss to Pacquiao in July 2019.

There’s no point in Thurman (29-1, 22 KOs) continually calling out Spence if he’s not going to remain active with his career.

It doesn’t matter if Terence Crawford is still with Top Rank at the end of the year. A fight between Spence and Crawford (37-0, 28 KOs) is possible, as long as both guys want it and can agree on the terms.

Errol to use any means necessary to beat Pacquiao

“It’s going to be a range of different things. I’m going to switch it up,” said Spence on how he’s going to beat Pacquiao. 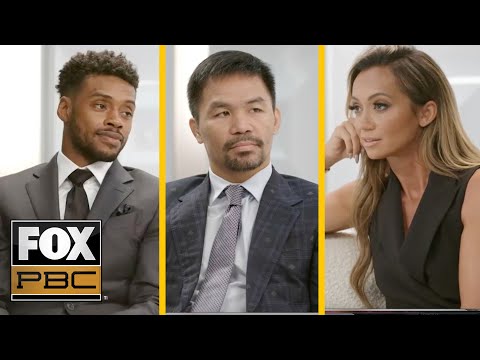 “My coach has a game plan, and we’re going to utilize it and come out with the victory.

“It’s going to be different gears that are switched and things like that, but I’m definitely not going to do the same thing over and over and over.

“It doesn’t matter. By any means necessary to get the W,” said Spence. “With the Shawn Porter fight, before training camp, I said, ‘I’m going to fight him.’

“I told my coach, and my coach wanted me to box him. I was like, ‘Man, me and him can fight. It’s a little more different with Pacquiao.

“I don’t got, I wouldn’t say ‘bad blood,’ but that type of animosity to go out guns blazing as soon as the bell rings and jump on him,” said Spence.

Errol doesn’t need to rough Pacquiao up for him to win their fight on August 21st. It’s a match that Spence can win by staying on the outside, boxing, and moving for the full 12 rounds.

It would be a good idea for Spence to listen to his coach for Derrick James for this fight and stick to the game plan rather than doing what he wants to do.

Spence’s decision to ignore his coach’s advice of wanting him to box Shawn Porter made their fight in 2019 a lot harder than it should have been.

If Spence goes to war with Pacquiao in the same way he did against Porter, he could live to regret it. Pacquiao has the speed advantage, and he’s more of a combination puncher than Spence.

If there are many close rounds due to Pacquiao’s rapid-fire combinations, it’s easy to imagine the judges giving the victory to the Filipino star.

There may not be a second chance for Spence to redeem himself if he loses the contest, so he’s got to make sure he doesn’t mess up this time.

“There is a plan in place [to move up to 154], but I got to make that move,” said Spence when asked if he plans soon on moving to junior middleweight.

“I keep getting big fights at 147, so I stayed, but I definitely plan on moving up.

“It depends on how I beat him, I think,” said Spence on where he should rank on the pound-for-pound lists if he beats Pacquiao.

“I feel like to be pound-for-pound, it’s all about performances. If I stop him, I feel I should be #2, but if I just beat him, they can put me where they want me to be.

“Oh yeah, definitely,” said Spence when told that maybe he can face Canelo for #1.

Spence may need to move up two divisions to face Canelo Alvarez at 168 for a fight between them to happen.

Canelo is using his A-side muscle to get his opponents to give in the weight department in fights with him, and it’s not likely that he’ll agree to come back down to 160 to fight Spence.

Even though it would mean a lot of money for Canelo to face Spence, he’s probably not going to agree to fight him at 160.

The same goes for Gennadiy Golovkin if he wants a fight with Canelo. He’ll need to come up to 168 for that fight to have a chance of happening. 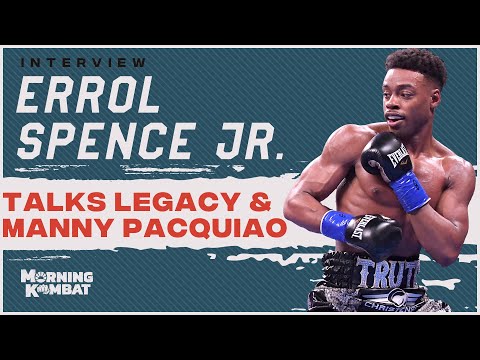