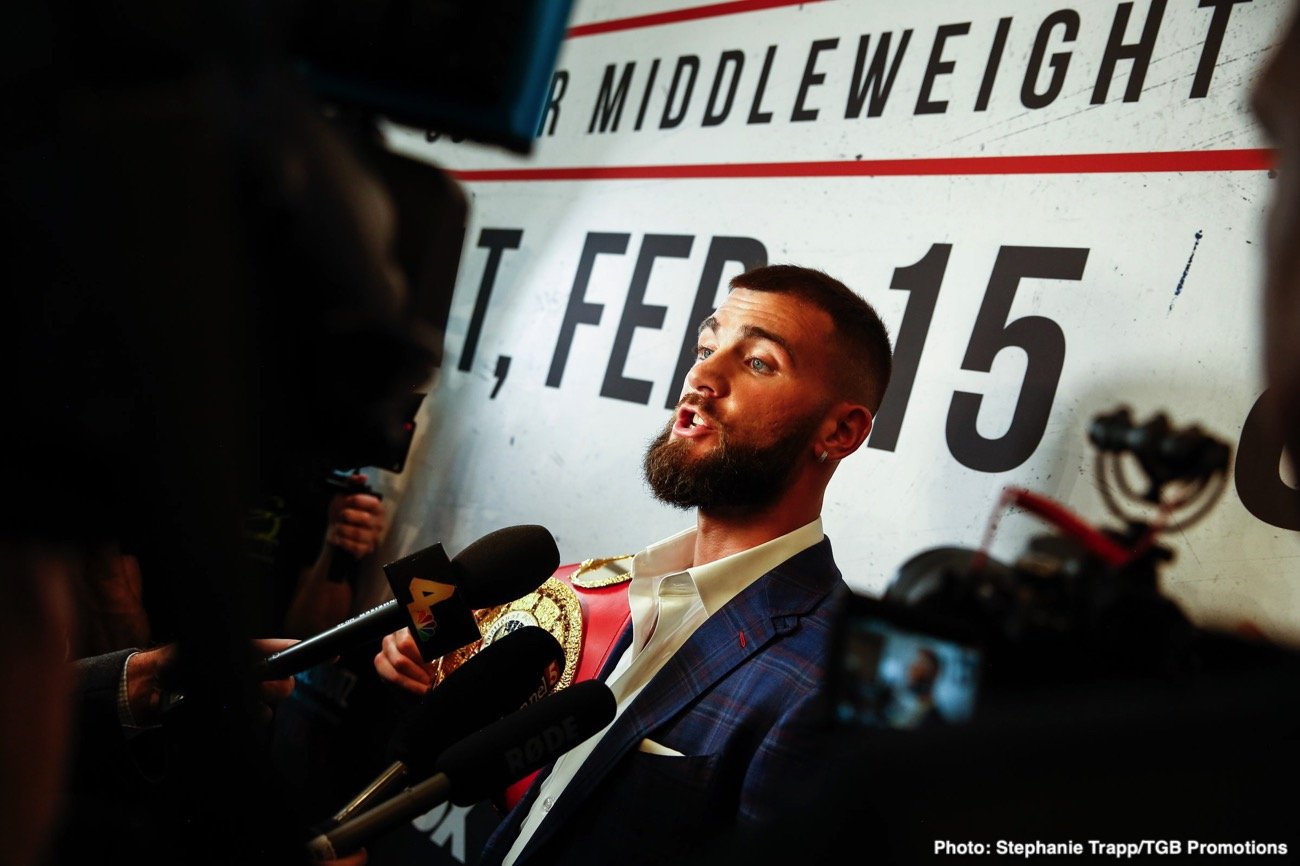 By Sean Jones: Caleb Plant came out of the woodwork on Saturday to react to Canelo Alvarez choosing to push back his September 18th Mexican Independence day for the third consecutive year by choosing to fight in November instead.

IBF 168 champion Plant (21-0, 12 KOs) pointed out that Canelo and his team have failed to take responsibility for their part in their inability to set up fights on the Mexican Independence Day holiday for the third consecutive year.

Plant says Canelo is making it seem like his opponents have been “Ducking” him for the three years rather than it being a situation where Alvarez and his team have failed to do their part.

When it became clear that more time was needed to get the deal done in time to make the fight happen for September 18th, Canelo’s team abandoned the idea, choosing instead to revive talks with Plant for November.

Plant, 28, is confident that he’ll be getting the fight with Canelo for him to be openly bad-mouthing the Mexican star.

Some fighters are afraid of getting on Canelo’s bad side by criticizing him, fearing that if they upset the Mexican star, he’ll freeze them out the way he’s done with Demetrius Andrade and Gennadiy Golovkin.

What gives Plant the freedom to unload verbally on Canelo is the IBF 168-lb title he possesses and the fact that he’s arguably not as tough a fight on paper as David Benavidez, Andrade, Golovkin, or Jermall Charlo would be for the Mexican star. 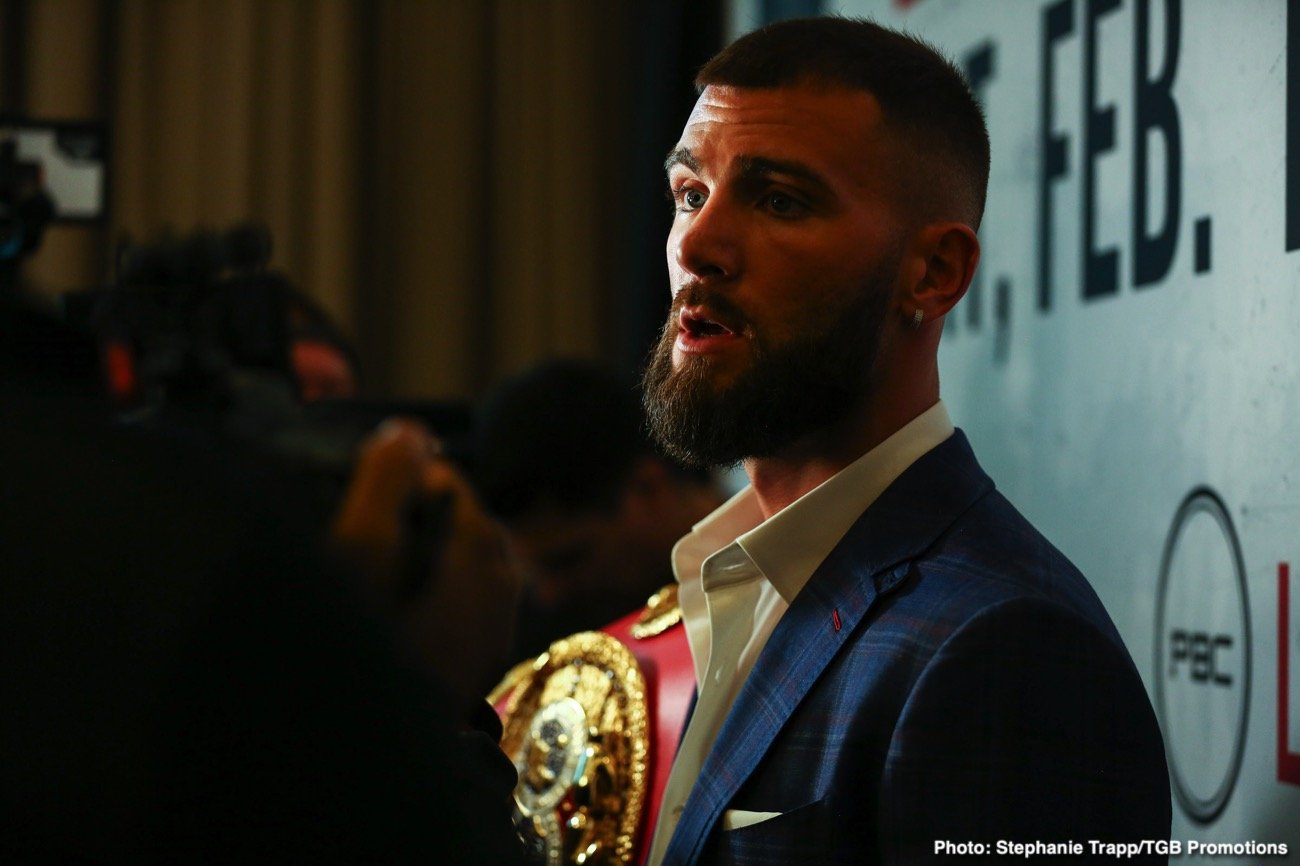 In other words, Canelo has no doubts in his mind that he can beat Plant, so he’s not going to avoid him, as many boxing fans believe he’s doing with Benavidez, Andrade, GGG, and Charlo.

Reynoso wants the Plant fight for Canelo, and he obviously knows it will pay Canelo $40 million. It won’t entail as much risk as it would if Canelo challenges WBA light heavyweight champion Dmitry Bivol on September 18th in a catchweight at 172.

“The project we have before us now to unify at 168. We are working real hard on this and hope to get all this together,” Reynoso said to The Athletic.

It isn’t easy to know whether Canelo and Reynoso truly believe that becoming the undisputed champion at 168 is worth anything in terms of the fame that the Mexican star will receive now and what impact, if any, it’ll have on his legacy.

In this era, fans are more interested in seeing champions fight the best opposition than in seeing them consume time and effort trying to become the undisputed champions.

It’s unclear whether Canelo and Reynoso truly believe it’s meaningful to continue their question to become a four-belt champion at 168.

It might be more of a case of Canelo having a good excuse to fight another weak champion in Plant, which allows the Mexican star to avoid for a little while longer facing the guys the boxing public wants to see him compete against.

Plant is not on the list of fighters that fans want to see Canelo fight, and the reason for that is because he’s fought no one good during his career.

As such, Plant is what you call a ‘paper champion,‘ a fighter that beat another weak champ [Jose Uzcategui in 2019] to win his IBF 168-lb belt. In his three title defenses since winning the IBF belt, Plant has defended it against these mediocre challengers to avoid losing the strap:

Becoming an undisputed champion doesn’t translate to more popularity for the fighters that accomplish this. For example, Terence Crawford and Oleksandr Usyk have unified divisions, yet neither is a superstar.

Fans are more interested in seeing compelling fights than they are in watching champions beat a bunch of weak belt holders to become an undisputed champion.