Pacquiao: The only danger with Ugas is the change of stance

By Chris Williams: Manny Pacquiao isn’t concerned in the slightest with Errol Spence Jr having pulled out of their fight and replaced by the equally dangerous Yordenis Ugas for his August 21st match on FOX Sports pay-per-view at the T-Mobile Arena in Las Vegas, Nevada.

Pacquiao, unbelievably, says his only risk in this fight against WBA ‘Super World’ welterweight champion Ugas (26-4, 12 KOs) is the change of stance that he’ll be dealing with, as the Cuban fighter fights out of the orthodox [right-handed] side rather than southpaw, which is what Manny had been training for in preparing for Spence.

Is Pacquiao whistling past the graveyard with him making it seem like Ugas is no threat to him?

For a fighter that has been out of the ring for as long as the 42-year-old Pacquiao has, the last thing he should be doing right now is dismissing the threat Ugas presents to him.

But with all the fawning, love-sick admirers Pacquiao has right now, it’s not exactly surprising that he sounds like a person that believes he can walk on water and turn water into wine right now.

Pacquiao (62-7-2, 39 KOs) may be overlooking the massive power that Ugas has in both hands, particularly when throwing to the body.

As boxing fans already know, the kryptonite to beat Pacquiao is to hit him to the body repeatedly, and it takes the fight out of him. We saw that in Pacquiao’s loss to Rustico Torrecampo, Juan Manuel Marquez, and Floyd Mayweather Jr.

You can throw Antonio Margarito’s name in there as someone that gave Pacquiao pure hell when hitting him in the breadbasket in their fight in 2010. Pacquiao was on the verge of being knocked out by Margarito in that fight after he was hurt to the body.

If Margarito’s weren’t so glacially slow, he would have caught up to Pacquiao when he was fleeing after he’d hurt him to the body and blasted him out. To be sure, Pacquiao is a good fighter, but he can’t take it to the body.

“The only danger for this fight is the change in stance,” Pacquiao said about Yordenis during the virtual press conference on Thursday. “Both Spence and Ugás are aggressive fighters, which I like. We can create a lot of great action in the ring that the fans will love,” said an overconfident Pacquiao. 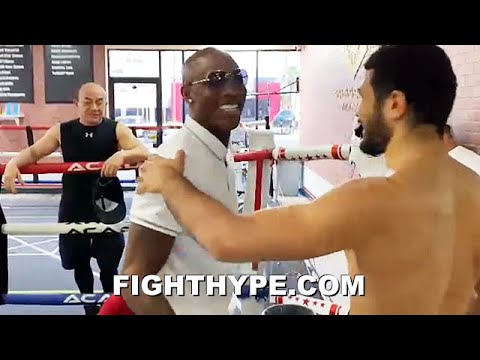 Oh man, this is what I was afraid of. Instead of Pacquiao shifting focus on Ugas and viewing him as an equal threat as Spence, he’s showing that he views the Cuban talent as a non-threat to him, viewing the fight as little more than a simple matter of dealing with a different stance instead of a confusing puzzle that he must solve in less than two weeks.

Ugas is like a 7-mile wide asteroid hurtling through space, heading straight towards Manny Pacquiao on August 21st. It sounds like the Filipino star is totally oblivious about the impending threat coming his way.

When that asteroid hits Pacquiao, it could be the end of his career, which would be a real disappointment for the boxing fans that had hoped to see Manny face Errol Spence Jr in 2022.

Ugas realizes Pacquiao is the favorite

“I’m well-aware that Pacquiao is the favorite,” Ugas said. “But at the same time, I’m a champion. Sine, I came back five years ago, I’ve overcome so much.

“I’ve faced so many strong opponents to get to where I am today. I have full confidence in myself and my ability to get a victory,” said Yordenis. 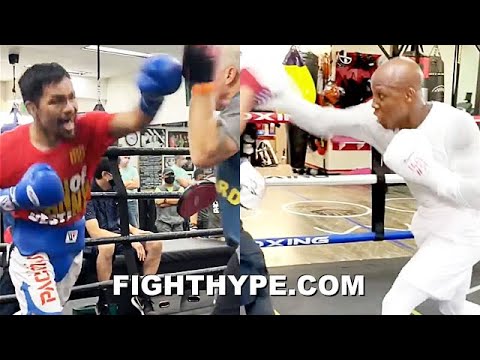