By Jim Dower: Gervonta ‘Tank’ Davis will be returning to the ring in December rather than October, according to Showtime president Stephen Espinoza. That real question is, who will the former three-division world champion Tank Davis (25-0, 24 KOs) fight?

The obvious choice for Tank’s next fight is Rolando ‘Rolly’ Romero (14-0, 12 KOs), who recently revealed that he’d be fighting  Gervonta next on his Instagram.

Tank vs. Rolly Romero makes sense in many respects, as it would sell on Showtime PPV. There’s a huge upside for Rolly to take the fight, considering he can increase his popularity overnight to become a star should he win.

It’s a tough one for Tank Davis to take because Rolly has the size and punching power of a top 147-pounder. Rolly is huge for a 135-pounder and really should be campaigning as a welterweight.

Gervonta would be stepping into the unknown to take on a fighter as powerful and big as Rolando ‘Rolly’ Romero.

Also, Tank and Romero are with Mayweather Promotions and fight on Showtime, making this an easy one to put together. As such, Tank Davis is likely fighting Rolly Romero next in December.

We have to see whether Rolly will agree to the fight, but that doesn’t look like it’ll be a problem. Rolly has been calling out Tank nonstop in the last month, saying he only wants to fight him.

NEWS:   Leonard Ellerbe explains why Gervonta Davis vs. Ryan Garcia is Not happening

Unlike Ryan Garcia, the 24-year-old Rolando Romero hasn’t changed his mind about taking fights. When Rolly says he wants to fight Gervonta next, he must be taken at face value because he’s not shown himself to be fickle like Ryan.

With that said, Rolly rejected a fight with WBC lightweight champion Devin Haney after calling him out. However, we don’t know if Rolly was told behind the scenes by Mayweather Promotions that a fight between him and Haney wasn’t possible.

That would seem to be the likely reason for Rolando to suddenly have a change of mind about challenging the unbeaten Haney (26-0, 15 KOs). 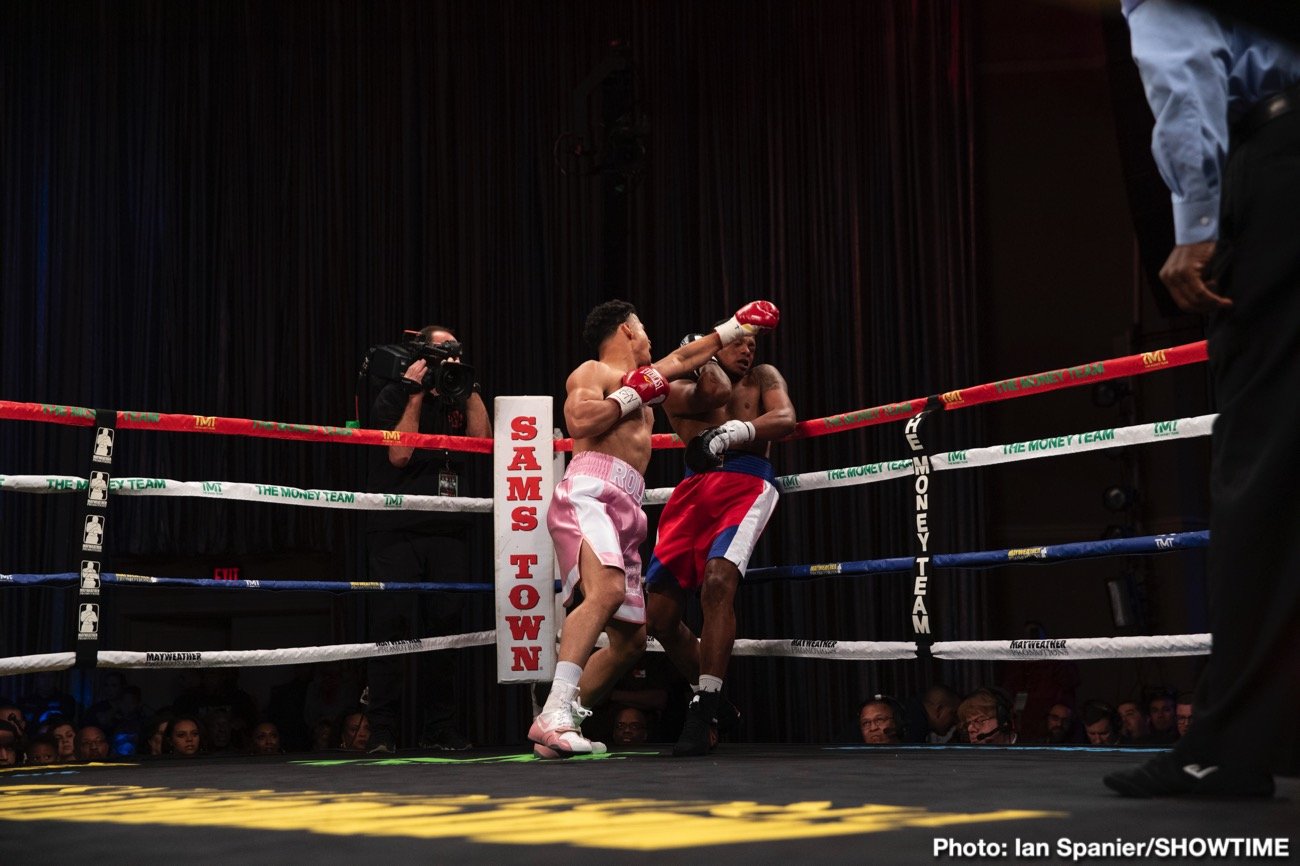 Floyd Mayweather Jr. said last June that he only wants to do in-house fights for Tank Davis against PBC fighters. That comment from Floyd makes it clear that Davis is on a crash course with the heavy-handed Rolly Romero for December.

Realistically, Rolly is Tank’s best option for a pay-per-view fight on Showtime if Floyd only wants to do in-house fights for the time being.

Gervonta vs. Rolly will be an interesting fight and a massive PPV match on Showtime if it takes place in December. With the combination of Gervonta’s popularity and Rolly’s ability to promote fights with his unrivaled trash-talking ability, the match would be a huge one. The fight would be pure gold.

Davis must decide after his next fight which of those two belts he wants to retain.

NEWS:   Leonard Ellerbe explains why Gervonta Davis vs. Ryan Garcia is Not happening

Espinoza already made it known that they’re looking for an opponent for Gervonta to fight at 135 in December, which suggests that he’ll be vacating his WBA ‘regular’ light welterweight strap that he took from champion Mario Barrios with an 11th round knockout on June 26th.


« Conor Benn 100% focused on Adrian Granados fight for this Saturday

Alvarez vs. Plant: Will Canelo be exposed by Caleb on Nov.6th?? »