By Sean Jones: Promoter Eddie Hearn says Canelo Alvarez still wants to fight Caleb Plant for the undisputed 168-lb championship despite their negotiations falling apart recently. Canelo STILL wants to face Plant (21-0, 18 KOs) at some point, be it late 2021 or sometime in 2022.

Canelo is like a dog that won’t let go of a bone, insisting on the Plant fight regardless of it not being one that the boxing fans want to see.

It’s an easy fight for Canelo, and that might be the true reason for him persuing it with dogged determination.

Why does Canelo want to fight Plant?

You can argue that it’s not about legacy for Canelo in him persuing the Plant fight, but rather it being another ‘chip shot’ for him to get an easy putt against another weak champion at 168. Plant is another version of Billy Joe Saunders in the eyes of fans, and he’s not expected to be any problem for Canelo.

Hearn mentioned last week that Dimitry Bivol was one backup option for Canelo to face on September 18th, but that might not happen. It would be a very tough fight for Canelo to face the unbeaten WBA 175-lb champion Bivol (18-0, 11 KOs), who would arguably be an upgrade from a fight with Plant.

Bivol wouldn’t be an easy mark like some of the champions Canelo has been beating at 168 in his journey to become the undisputed super middleweight champion.

The negotiations between Canelo and Plant collapsed last week over a $40 million guarantee that Alvarez wanted for a replacement opponent for September 18th if Caleb was sick or injured and unable to fight on that date.

Plant’s management at Premier Boxing Champions [PBC] wasn’t going to agree with Canelo’s request of a $40 million guarantee. But perhaps if Canelo drops that request, the fight with Plant can continue at some point. 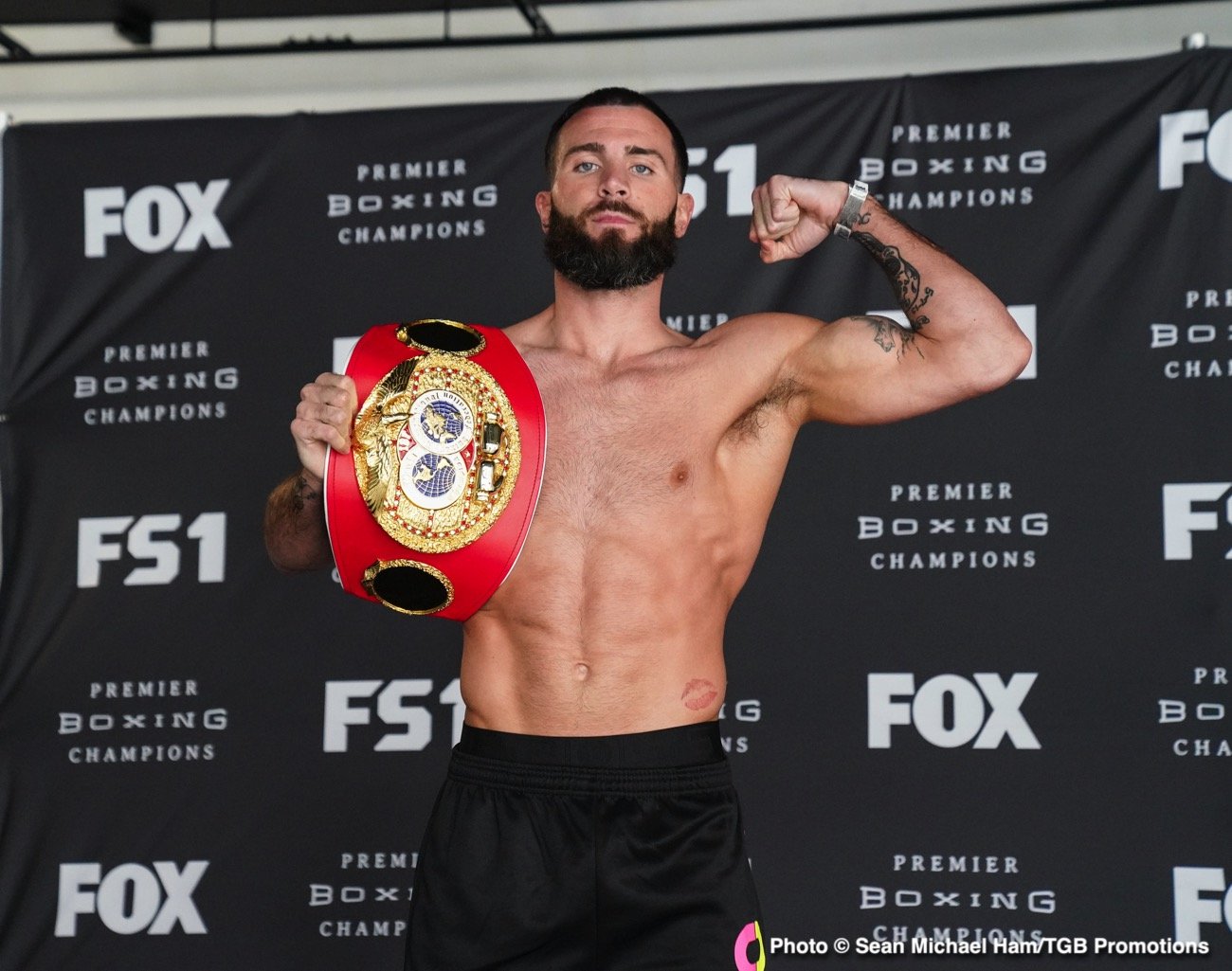 Whether there’s still enough time to save the fight for September 18th, it’s unknown. Plant might have an issue if he’s not given a full eight weeks to prepare. Right now, it would be seven weeks of training time.

Plant is the fight Canelo wants

“When the contracts came through, it wasn’t agreed on both sides,” said Eddie Hearn to Boxing with Chris Mannix on Canelo and Plant unable to agree to a deal.

“That’s the fight he wants; he wants to become the undisputed champion,” said Hearn when asked if Canelo will look to go in another direction rather than continue to try and put together a fight with Plant in the future.

It’s easy to see why Canelo would want to stick it out with the Plant fight rather than move off the clash. For one, that’s a winnable fight for Canelo, as Plant is a wishy-washy type of champion who looks good for the first six rounds but then tires quickly.

If Canelo chooses to move on and not revisit scheduling the Plant fight, boxing fans are going to expect to see him take on the real meat & potatoes of the 168-lb division against David Benavidez. That’s a much different type of fight for Canelo compared to Plant.

The other guy that boxing fans want to see Canelo fight is Jermall Charlo (32-0, 22 KOs), who is dangerous as well for him.

Against the former two-time WBC 168-lb champion Benavidez (24-0, 21 KOs), there would be a genuine risk of Canelo losing to him. Benavidez, 24, isn’t old like some of Canelo’s past opponents.

Benavidez is dangerous for Canelo through and through, and it’s a fight that could go very wrong for him. Hence, it’s one that Canelo will put off as long as possible, if not permanently.

“I think he’ll give every opportunity to make that fight. The next decision is, ‘do we fight on September 18th or take it on the chin and only fight once this year?'” said Hearn about Canelo.

Even if Canelo does make the fight with Plant, he will have to face the music eventually against Benafvidez, Charlo, Bivol, and Artur Beterbiev.

The Mexican star could be in for a RUDE awakening once he’s forced to face the talented guys like Benavidez, Charlo, Bivol and Beterbiev. That could be the real reason why Canelo is not willing to give up on the Plant fight.