Triller wants to do the fight in October in Australia, which Arum views as impossible due to the travel ban for non-Australians.

Arum states that September is the time limit for them to put the fight on. If they go past that into October, the time limit will expire for the Teofimo – Kambosos Jr. fight.

Matchroom Boxing had the second-highest bid for the purse bid, but if they choose not to put it on, it’ll fall back to Top Rank, who had the third-highest bid. Arum is setting aside September to put on the Teofimo vs. Kambosos Jr clash.

It’s been a mess for Triller since they won the purse bid to stage the Teofimo-Kambosos Jr. They originally scheduled it for June 5th but then moved it to June 19th. But then the fight was moved again to August 14th because of Teofimo suffering a COVID-19 illness.

“I think all the documents have been filed with the IBF,” said Bob Arum to iFL TV on the Teofimo Lopez vs. George Kambosos Jr fight.

“Lopez, who is supported by us, has said to Kambosos, ‘Hey, do you want to do the fight on Triller?’ Do it in September because if you go past September, your time limit is expired.

“Do it in the United States, and let’s get it on. If not, you forfeit your deposit. Then I guess Eddie Hearn and DAZN would have the opportunity to do the fight.

“They were the second-biggest bidder, and if they don’t do it, then we’re holding a date in September to do that fight. Triller, on the other hand, says, ‘No, we want to do the fight at the end of October in Australia.’ You can’t get into Australia.

“There’s an absolute ban if you’re not an Australian or from New Zealand; you can’t get into Australia. So the [Teofimo vs. Kambosos] fight can’t happen.

“They’re playing. They made a stupid bid that far priced the fight way more than it was worth. It was a crazy bid. I mean, Hearn’s bid and Top Rank’s bid together wasn’t as much as they bid.

“So it’s just nuts. But at any event next week from the IBF. I don’t think it’s a problem.

“Probably we would do it in Vegas, but maybe in New York, depending on the dates. But again, we first one to secure that fight, and then it’ll either be in New York or in Las Vegas,” said Arum.

Matchroom might opt to stage the Teofimo vs. Kambosos Jr fight if it falls on them.

“I think very likely, but I think because Lopez’s wife is having a baby, so I don’t think he’s going to be prepared to fight in September,” said Arum when asked when he would like to schedule the rematch between Teofimo and Vasily Lomachenko if Teo first because Kambosos Jr.

“We have a date December 11th, which coincides with the Heisman Trophy for the best college football player, which gets a lot of big audiences, and then we segue into the fight.

“So Lomachenko will probably fight somebody else in December, and then in the first quarter, I’d like to make Lomachenko – Lopez,” said Arum.

If Teofimo chooses to vacate his IBF title to avoid the hassle of the Kambosos Jr fight, he’s going to be ring-rusty by the time he faces Lomachenko in the first quarter of 2022.

It would be a good idea for Teofimo to make a voluntary defense before he faces Lomachenko because that’s not the right guy for him to be facing off a long layoff. 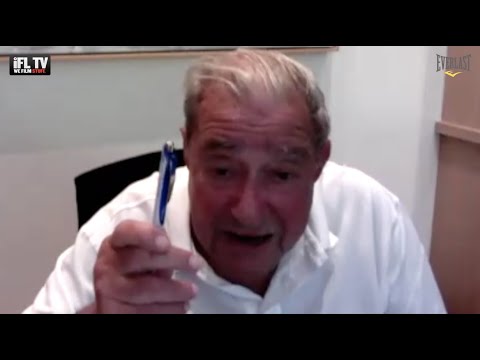