By Dan Ambrose: Former heavyweight world champions Andy Ruiz Jr and Charles Martin could be meeting in October in a fight that will put the winner in a strong position to challenge for a world title in 2022.

Ruiz vs. Martin is a classical 50-50 toss-up fight, and it should be an exciting one from start to finish. If Ruiz loses, he can say goodbye to any hopes of getting a trilogy match against heavyweight champion Anthony Joshua.

Basically, Ruiz’s career will be on the line against Martin, making it a fun fight for the fans. Will Martin wreck Ruiz’s dreams of a third payday fight against Joshua?

ESPN KNOCKOUT is reporting that Ruiz Jr.vs. Martin fight could be happening next, as long as the negotiations go smoothly between the two former heavyweight world champions.

The 31-year-old former IBF/WBA/WBO champion Ruiz (34-2, 22 KOs) is hard at work, training with his coach Eddy Reynoso in San Diego, California, making improvements and continuing to trim weight off slowly.

Ruiz weighed in at 256 lbs for his last fight against 40-year-old former three-time heavyweight world title challenger Chris Arreola on May 1st, and he did not look good. Arreola dropped Ruiz hard in the second round and hurt him on a couple of occasions in the fight.

Some are concerned that the weight loss that Ruiz has undergone since linking up with Canelo Alvarez’s trainer Reynoso hasn’t improved his game.

Indeed, if anything, the weight loss has hurt Ruiz’s punch resistance and power. 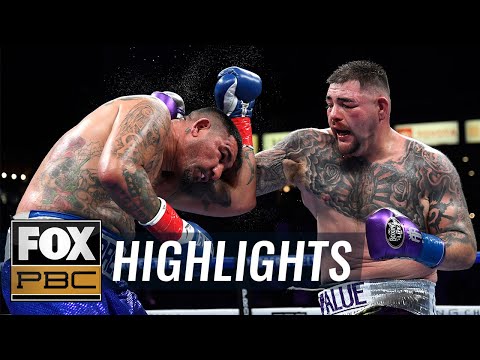 Ruiz has shown no improvements

Against the old-timer Arreola, Ruiz didn’t look as explosive, and he appeared to be weaker than he’d been for his fights with Anthony Joshua. Other than that, Ruiz was just as easy to hit as he’d before he switched out trainer Manny Robles in favor of Reynoso. There are no signs of any improvement in Ruiz’s game.

If the lack of power and weak punch resistance remains a constant for Ruiz, he will need to be careful against the 6’5″ Charles Martin because he’s got some pop in his punches.

If Martin connects with the type of shots that Arreola was hitting Ruiz with all night long last May, he could take him out and spoil his dreams of a trilogy payday fight against Joshua.

That’s the match that Ruiz has repeatedly called for since he lost his rematch with Joshua in December 2019.

Ruiz Jr even went so far as to email Joshua’s promoter Eddie Hearn to ask him to set up the trilogy match. The problem is that Ruiz Jr hasn’t been staying active for him to be considered a viable opponent for Joshua.

As a result, Ruiz Jr likely wasn’t taken seriously as a credible opponent when he approached Hearn, asking him to set up a third fight with Joshua.

The perception that one would have is that Ruiz Jr. is just looking for another payday against Joshua, and he doesn’t have the ambition to work for it like the other heavyweights.

Andy should be fighting Ortiz, Whyte, or Sanchez

Whether this is a feeling of entitlement on Ruiz’s part or sheer laziness is unclear. It could be a mix of those two, along with some fear of losing if Ruiz does fight a quality heavyweight like Dillian Whyte, Luis Ortiz, Michael Hunter, or Frank Sanchez.

Speaking of 42-year-old Ortiz, that was the guy that Ruiz was supposed to be fighting to earn his trilogy match with Joshua. It’s unclear what happened there. 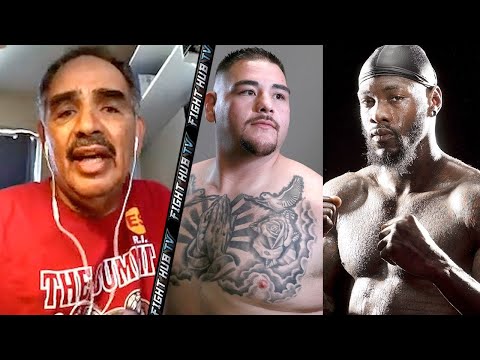 Did Ruiz have second thoughts about facing the two-time former world title challenger Ortiz (32-2, 27 KOs). I mean, Ortiz may be up there in age in his early 40s, but he’s highly skilled, and he takes his training seriously.

You don’t see Ortiz sitting on the sofa, ballooning up to the low 300s. The talented Cuban stays in the gym, training and preparing for fights.

Ortiz is the guy that Ruiz should be fighting rather than Charles Martin. Still, you can argue that perhaps there’s some concern with Andy’s management about his ability to beat quality heavyweights after the way he looked against Arreola.

If Ruiz Jr looks weak and gets hurt left and right by 40-year-old Arreola, imagine what Luis Ortiz would do to him.

Charles Martin (28-2-1, 25 KOs) is training with Ruiz’s former coach Manny Robles in Los Angeles, California, who Andy dumped after his one-sided loss to Joshua in their rematch in December 2019.

Even though Ruiz Jr. admitted that he was skipping training sessions with Robles and not putting in the hard work that he needed to for him to have a chance of beating Joshua, he still dumped his trainer in favor of Reynoso.

That move looked bad on Ruiz’s part because it wasn’t Robles’ fault that he wasn’t taking his training as seriously as he should have.

Should the Ruiz vs. Martin fight take place in October, it will be interesting to see the dynamics with Andy’s old coach Robles going up against him and his new trainer Reynoso.

If Ruiz Jr loses to Martin, it’ll show that the grass isn’t always greener when you hook up with so-called great trainers. Reynoso is famous for being the trainer of Canelo Alvarez, but if you look at him, he’s a more self-taught fighter.

Canelo has learned from fighting many different guys, observing great boxers, and adding parts of their game to his own. Reynoso isn’t the one that did that.

It was Canelo who has made himself the fighter he is today. For Ruiz to be thinking that Reynoso will change him, it’s a mistake on his part.

If Ruiz wants to be a better fighter, he’s got to learn the way Canelo has by watching other great fighters and copying what they do and implementing what he’s observed to his own game.

Reynoso isn’t going to be able to do that with his mitt workouts and using his styrofoam pads to work with Ruiz.

Ruiz vs. Martin is possible for Fury vs. Wilder 3 card

There’s a possibility the Ruiz vs. Charles Martin fight could get added to the undercard of the heavyweight trilogy match between World Boxing Council champion Tyson Fury and Deontay Wilder. Ruiz vs. Martin is a big enough fight to have its own date, but it’s not a pay-per-view worthy fight.

Ruiz’s last match against Arreola was shockingly sold on Fox Sports PPV last May. No words to describe what a crazy idea that was.

If Ruiz-Martin winds up on regular FOX Sports, it suggests that the PPV numbers from Ruiz’s last fight against Arreola were poor enough for the network to want to risk going in that direction a second time.

Ruiz isn’t a PPV fighter; that’s the problem. Unless Ruiz is fighting someone like Joshua, he’s not someone you want to play on PPV. If Ruiz was willing to take risks against the talented heavyweight contenders, then maybe a fight could be sold on PPV, but not against journeymen like Arreola and Martin.

Michael Bisping has advice for Errol Spence after eye injury »