By Charles Brun: Eddie Hearn admits he knew the July 24th fight between Tyson Fury and Deontay Wilder would need to be postponed after he saw that “disastrous” ticket sales for their trilogy match at the T-Mobile Arena in Las Vegas, Nevada.

The entire Fury – Wilder III fight card has been postponed until earlier October. Interestingly, the official reason for the postponement of the July 24 date is Fury coming down with COVID-19, but there are rumors that he’s not sick at all.

Obviously, the timing of Fury getting COVID-19 is convenient. You’ve got a fight card that’s not selling tickets, according to Hearn, and then out of the blue, Fury and several members of his team become ill.

Hearn revealed to the DAZN Boxing Show that only 25 to 30% off the tickets had been sold for the Fury vs. Wilder III card, which was dreadful numbers for a fight of that magnitude.

So, there was no broadcaster in the UK announced. You know he has a contract with BT? They never announced the fight,” said Hearn to the DAZN Boxing show on the Fury vs. Wilder 3 fight that had been scheduled for July 24th.

“They sold no tickets. Basically, you could you could go online and check.,” said Hearn to the DAZN Boxing Show. “I don’t know whether it was 25% or 30% of the tickets have been sold, but that’s disastrous.

“There was no hype. This was going to do very, very poor pay per view numbers,” said Hearn on the Fury vs. Wilder III match.

Maybe it’s fate that Fury got COVID-19 while his fight with Wilder was suffering from poor ticket sales.

If this fight continues to have problems with poor ticket sales, the promoters will have to come up with some solution. Does Top Rank and PBC add some of their stars to the card to help with the ticket sales?

Will fans want to see Fury vs. Wilder 3 in October?

It’s logical to assume that if boxing fans weren’t interested in paying to see Fury vs. Wilder III in July, why would they want to see the fight in October? It’s the same fight. 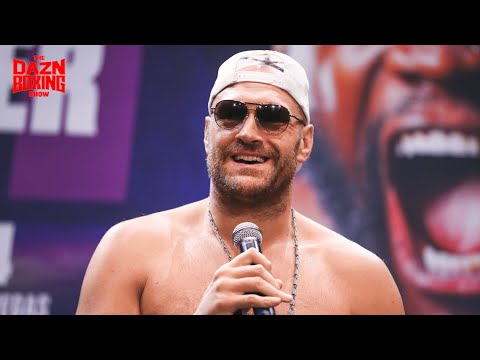 Staging the Fury-Wilder 3 fight card in England won’t solve anything because Fury isn’t a draw there. If Fury and Wilder take their clash to England, it might do equally poor numbers there as it would in the U.S.

American boxing fans likely would be eager to see the trilogy match between Wilder and Fury if their first two fights weren’t filled with odd things.

For example, Fury was given a count by the referee in the first fight in 2018 when he was knocked cold by Wilder in the 12th.

Fury being given a count while he’s unconscious. What referee in this day and age gives a count when a fighter is knocked cold. It’s too risky for a referee to take that approach, yet that’s what we saw in that fight.

In the rematch, Fury got away with murder with the rabbit punching he was doing. That was almost as bad as the referee giving Fury a count after Deontay knocked him out.

In the rematch, the referee didn’t stop Fury from throwing rabbit punches, and Wilder was out there on his own against a fighter that was trying to win by any means necessary.

The referees are supposed to police the fouling to protect the fighters, but we didn’t see that in the second Fury vs. Wilder fight.

With everything that’s happened in the first two Fury-Wilder fights, can you blame boxing fans for not wanting to purchase tickets to see the match?