By William Lloyd: Dillian Whyte ripped into Tyson Fury on Friday, blaming him for hurting the sport with his COVID-19 illness that caused the postponement of the July 24th fight with Deontay Wilder and him blowing it with the Anthony Joshua mega-fight on August 14th.

Whyte says Fury’s two big fights that have fallen through recently have caused a lot of hurt to boxing. Moreover, Dillian feels that Fury (30-0-1, 21 KOs) should be stripped of his WBC heavyweight title because he’s been sitting on it like a mother hen for close to two years without defending the belt.

It’s interesting how the WBC has been willing to put up with Fury not defending their title for such a long period.

Whyte wants the World Boxing Council to strip Fury, giving him the ‘Champion in Recess’ tag designed for ill or injured fighters that can’t defend their belts.

At the same time, Whyte wants to be elevated to WBC champion, and he would therefore defend the belt against Wilder. Once Fury is ready to return to the ring, he could face the Whyte vs. Wilder fight winner to try and reclaim his WBC belt.

“Tyson Fury has f***ed the entire heavyweight scene, and the whole sport is struggling because of it,” said Whyte to The Sun.

What you can say for sure is that many boxing fans have jumped off the Fury express due to his back-to-back episodes in which big fights involving him have fallen through.

First, it was the Anthony Joshua undisputed clash that was supposed to take place on August 14th in Saudi Arabia.

Fury messed up because he should have never attempted to negotiate the fight with Joshua, given that he was still under contract for a rematch with Wilder.

Fury had a contractual rematch that he owed Wilder from their previous fight in February 2020, and he had no business trying to set up a fight with Joshua.

If Fury had taken care of his contractual obligations with Wilder in late 2020 or early 2021, he would have been able to fight Joshua in August. But it was a mistake on Fury’s part to try and walk away from the contractual rematch that he owed to Wilder.

“If Fury fights in October, then he will have been out of the ring, not defending the WBC heavyweight title for 20 months – almost two years – that is criminal,” said Whyte.

“He messed Joshua around on the undisputed fight, and now he has messed Wilder around on their rematch,” said Whyte.

“Fury should be made champion in recess, elevate me from interim champion to champion, and I will fight Wilder straight away,” said Dillian.

It would make the most sense if the WBC stripped Fury and elevate Whyte as the new champion. However, if they do that, Whyte would need to fight a top 15 contender for his next contest in late August.

According to Matchroom Boxing promoter Eddie Hearn, two of the names he’s looking at as possible opponents for Whyte’s next fight are Jermaine Franklin and Cassius Chaney. 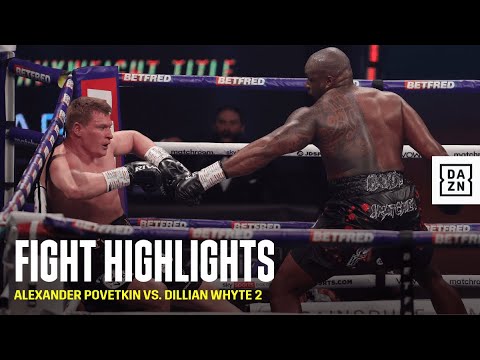 Neither of those two fighters is ranked in the top 15 by any of the four sanctioning bodies.

It’s fine that Whyte wants to take shots at Fury, but he doesn’t have room to talk if his next fight will be against Franklin or Chaney.

I mean, come on, those are second-tier fighters that guys like Whyte should have fought when he first turned professional, not now that he’s been in the game for over ten years.

There is an outside possibility that Whyte could face Andy Ruiz Jr in September, but that’s still not confirmed yet. If that fight happens, it would be a great move for the WBC to strip Fury and have Whyte and Ruiz fight for the belt.