By Jeff Aronow: Fringe contender Leigh Wood (25-2, 15 KOs) pulled off a huge upset victory in stopping WBA ‘regular’ featherweight champion Can Xu (18-3, 3 KOs) by a 12th round knockout on Saturday night at the Matchroom Boxing Fight Camp in Brentwood, Essex.

The 32-year-old Wood, who came into the fight ranked #12 WBA, dropped Xu in the 12th round with a right hand. 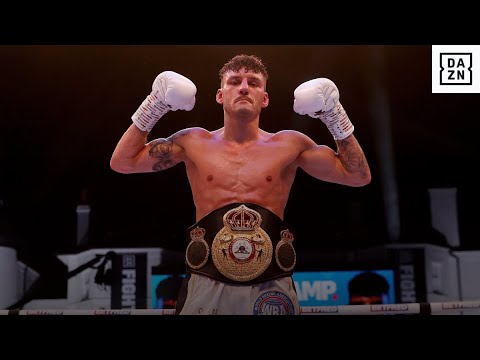 After Xu, 27, got back to his feet, Wood unloaded with a storm of shots that caused referee Marcus McDonnell then stepped in and stopped the fight.  It was arguably a little premature, but Xu was hurt, and he might not have

“I struggled to give Can more than three rounds,” said Eddie Hearn after the fight. “I can’t see him [Xu] wanting a rematch.

“I love the Santa Cruz fight or Navarrete. He’s changed his life tonight.”

“I want the biggest fight; I want to test myself,” said Wood about wanting Santa Cruz.

Leo Santa Cruz holds the WBA Super World featherweight title, and he’s the one that Wood wants to fight. It’s unclear whether Santa Cruz will be agreeable to take the fight, as he was recently knocked out hard by Gervonta ‘Tank’ Davis. 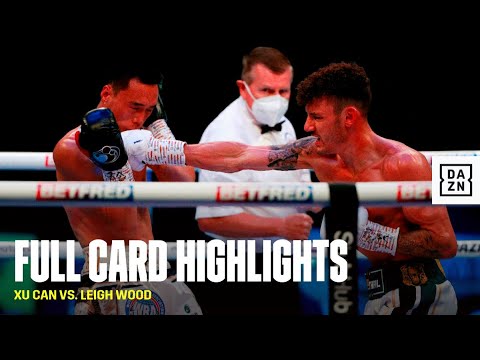 It would be a bad idea for Wood to face WBO featherweight champion Emanuel Navarrete, because that’s a bad style match-up for him. Wood wouldn’t be able to negate Navarrete’s offense by using an illegal stiff arm like he was doing tonight, and clinching wouldn’t work because, unlike Xu, the Mexican talent fights through clinches.

On the downside, Wood got away with using an illegal stiff arm to keep Xu from getting in close the entire 12 round fight without the referee stepping in and warning him about it.

Fighters aren’t supposed to be allowed to hold their lead arm out to keep their opponents from getting in punching range, but Wood got away with it tonight. He also used a lot of shouldering, which is illegal as well.

With Wood bending the rules all night, it put Xu at a big disadvantage because he couldn’t get close because he was stiff-armed, shouldered hard, or tied up.

Again, the referee did nothing to address this, putting Xu at a tremendous disadvantage. When Xu would get close, Wood would shoulder him or grab him in a clinch to keep him from getting his shots off.

There was also a bit of holding and hitting from Wood, which wasn’t good to see from the challenger. He got away with it, though, so you can’t fault him.

Cullen used a high-volume punch attack to keep Yildirim stuck in his shell the entire night, unable to get his shots off. 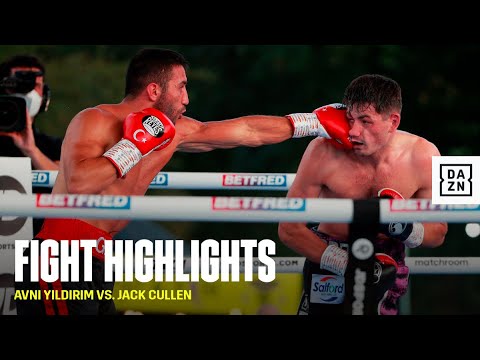 When Yildirim would get in close, Cullen would expertly tie him up to keep him from throwing punches. Yildirim was doing a lot of holding himself and not working when he was inside. He looked tired, especially during the second half of the fight.

The win for Cullen makes superstar Canelo Alvarez because he chose to fight Yildirim despite it being a terrible mismatch.

Tonight’s dominating performance from Cullen, who is basically a domestic level middleweight, shows that Canelo cherry-picked Yildirim and got away with it by DAZN agreeing to let him fight him.

The loss for Yildirim pretty much ends the usefulness for him as a B-side player against the well-known contenders in the 160-lb division.

In a competitive fight, Chris Billiam-Smith (13-1, 10 KOs) defeated Tommy McCarthy (18-3, 9 KOs) by a 12 round split decision to win the British, European, and Commonwealth cruiserweight titles. 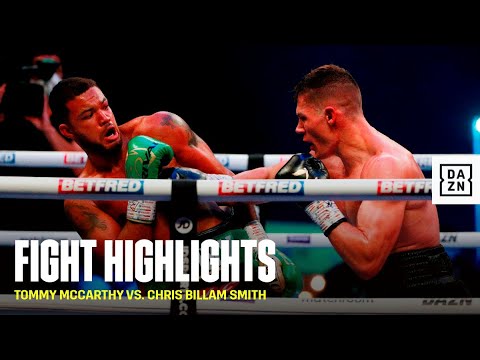