By Dan Ambrose: In a surprise mini-upset on Saturday night, journeyman heavyweight Jonathan Rice (14-6-1, 10 KOs) defeated previously unbeaten contender Michael Coffie (12-1, 9 KOs) by a fifth round knockout in a scheduled 10 round fight on SHOWTIME at the Prudential Center in Newark, New Jersey.

The 34-year-old Rice came into the fight having lost two out of his last three contests, but went after big New York native Coffie, nailing him with huge shots and dominating the action. 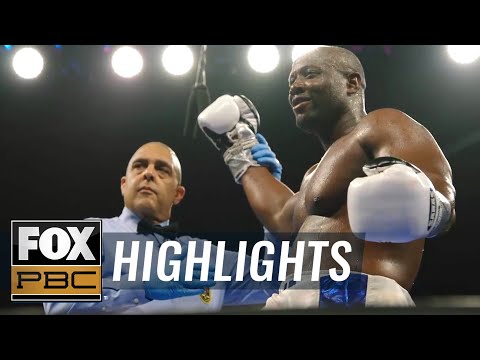 In the fifth, Rice was unloading on a badly hurt 35-year-old Coffie, forcing the referee Eric Dali to step in and stop the fight. The time of the stoppage was at 2:32 of round five.

While some boxing fans may be shocked that Coffie lost, this was bound to happen. He was never as good as fans thought he was, and him losing to Rice showed his true level.

Since turning professional in 2017, Coffie had beaten exclusively second-tier opposition. So the naive fans and the sanctioning bodies that gave him a top 15 ranking did it based on wins over these types of fighters:

Those are all non-contenders, so basically, Coffie, 35, was an unproven heavyweight. When you get those kinds of guys, this is what happens. It’s sort of surprising that Coffie lost to a lower-level fighter, but as I mentioned, that’s clearly where he should be.

Coffie is what he is. In theory, you can hope that he can be rebuilt and improved, but if you’ve seen him fight, this is as good as it gets with him. There will be no extensive improvement, and he’s now on the wrong of 30, not getting any younger.

It’s questionable what direction Coffie’s management can take him in terms of his next fight.

If he’s losing to guys at Rice’s level, it’s not a good idea to throw him in with someone like Michael Hunter, Filip Hrgovic, or Frank Sanchez right about now. But at the same time, Coffie’s advanced age makes it imperative that he be moved quickly, even if he’s failing. 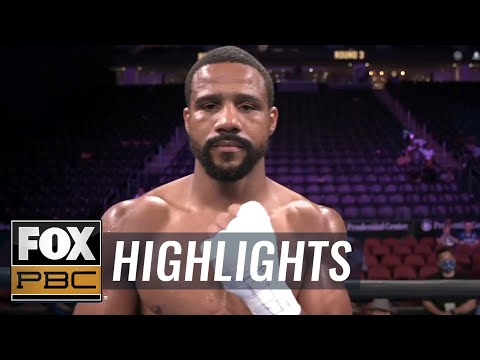 Other results on tonight’s card:

Ring-rusty light welterweight Karl Dargan (20-1, 10 KOs) defeated Ivan Delgado (13-4-2, 6 KOs) by a third round knockout. In round three, Dargan unloaded on the over-matched Degado, knocking him down two times leading to the fight being halted.

The referee’s time of the stoppage was at 1:09. Before tonight, Dargan last fought three years ago in 2018.

Welterweight prospect Vito Mielnicki Jr. (9-1, 6 KOs) destroyed Noah Kidd (6-4-2, 5 KOs) by a second round knockout. In the opening round, Mielnicki Jr knocked Kidd down, and in the second round, he dropped him again. 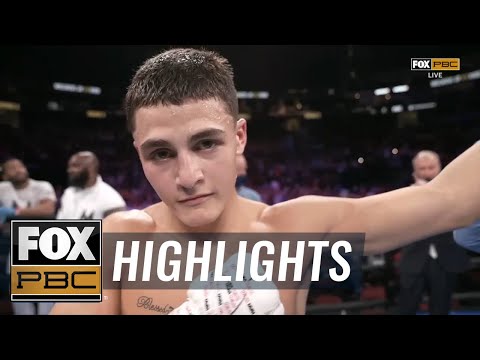