By Charles Brun: Adrian Granados is planning on beating welterweight contender Conor Benn in front of his own fans on July 31st when they meet in the main event in a 12 round fight at the Matchroom Fight Camp in Brentwood, Essex.

The much more experienced 21-8-3, 15 KOs) wants to shut Benn’s self-promoting mouth when he gets him in the ring to put the overconfident braggart in his place on the night.

He feels he’s ready to fight Amir Khan and Shawn Porter, two fighters that would be a potential nightmare for the young upstart.

Benn is currently ranked #9 WBA, #10 WBC, #13 IBF, but he still hasn’t faced his first true contender. His best wins up to this point have come against Sebastian Formella and Vargas.

If Benn loses to Granados or struggles, hopefully, his promoter Eddie Hearn talks some sense to him to have him put the brakes on his career.

Benn needs to slow things down because he’s pushing too fast for his limited background in the sport. He’s not someone like Errol Spence Jr, who has the amateur pedigree going for him.

“He’s world-class at talking s***,” said Granados to DAZN about Conor Benn and his ability to self-promote with his bragging.

“This will be the best version of me, and you’ll see that they’ve made a mistake picking me as Conor’s next fight.”

“This is a big opportunity for me against a fighter I know they’re hyping to be the next big thing.

This is a big moment for me, and I’m taking it,” said Granados. “I’ve asked questions of much better fighters than Conor Benn, and I’m not coming to the U.K. to make up the numbers,” said Granados.

You can’t rule out an upset in this fight because Granados has a lot of talent and can punch a little.

I wouldn’t say his power or hand speed is on the level of Benn’s, but he’s got enough pop to deck him the way Cedrick Peynaud did. It doesn’t take much to put Benn on the canvas, as Peynaud showed.

Granados’ losses have come against these fighters:

Granados deserved the victory in his 10 round split decision loss to Broner in February 2017 in Cincinnati, Ohio. For the fans that saw that fight, they had Granados winning. I had Granados beating Broner eight rounds to two.

Benn proclaims himself #1 welterweight in the UK

“People say ‘You’re silver spoon.’ I’ve chosen the hardest sport in the world. I ain’t got to be here,” said Benn to Matchroom Boxing. “I have everything to lose.

I’m a winner all around. Of course, I want the big fights. I want to be the best fight in Britain, which I believe I am. The rankings don’t lie, and I’m #1,” said Benn.

Conor, 24, is ranked ahead of former world champions Amir Khan and Kell Brook in the rankings at 147, but I’m not sure he can beat either of them.

Khan would be an easier option for Benn, but even that would be tough for Conor. If Benn wanted to beat Khan, he would have to deal with his blazing fast hand-speed. I’m not certain that Conor is ready for someone like that.

Brook still has the power to beat Benn, and it might be a bridge too far for the young welterweight hopeful. As Tony Bellew said earlier this week, Benn needs to be saved from himself because he’s pushing too fast. 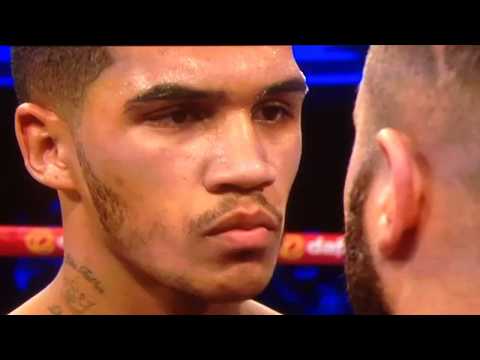 If Benn pressures his promoters at Matchroom to put him in with someone with a little too much talent, he’s going to get beaten.

You can argue that Benn already should have one defeat on his resume from his fight against Cedrick Peynaud in December 2017. Peynaud dropped Benn a couple of times, and the judges gave Conor a highly controversial 6 round decision.

Since that fight, Benn has been able to dodge defeats, but he still hasn’t fought anyone of quality.

In Benn’s last fight, he bum-rushed journeyman Samuel Vargas and scored an odd-looking first round stoppage last April. Charles Brun felt that the referee hastily stopped the fight when he shouldn’t have.

Benn has been bragging ever since he stopped Vargas early and that Errol Spence Jr, Amir Khan, and Danny Garcia couldn’t do the same thing when they fought him.

Benn leaves out that Spence, Garcia, and Khan weren’t trying to stop Vargas in the first round like he was. Moreover, they didn’t have a referee that prematurely stopped the fight while Samuel was covering up.

The Benn vs. Vargas fight should NOT have been stopped. If Benn is going to be getting knockouts like he needs to travel outside of the UK to fight because he’s going to develop as a fighter if the referees halt his fights prematurely left and right. 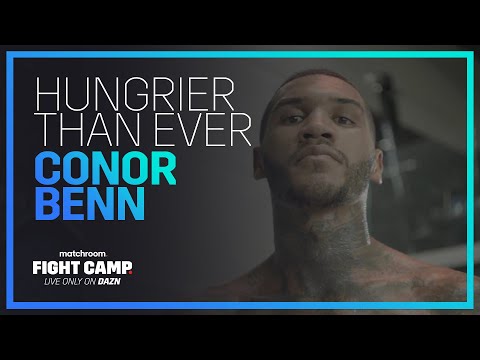 
« Joe Joyce: ‘Takam is coming to win, he wants Joshua’