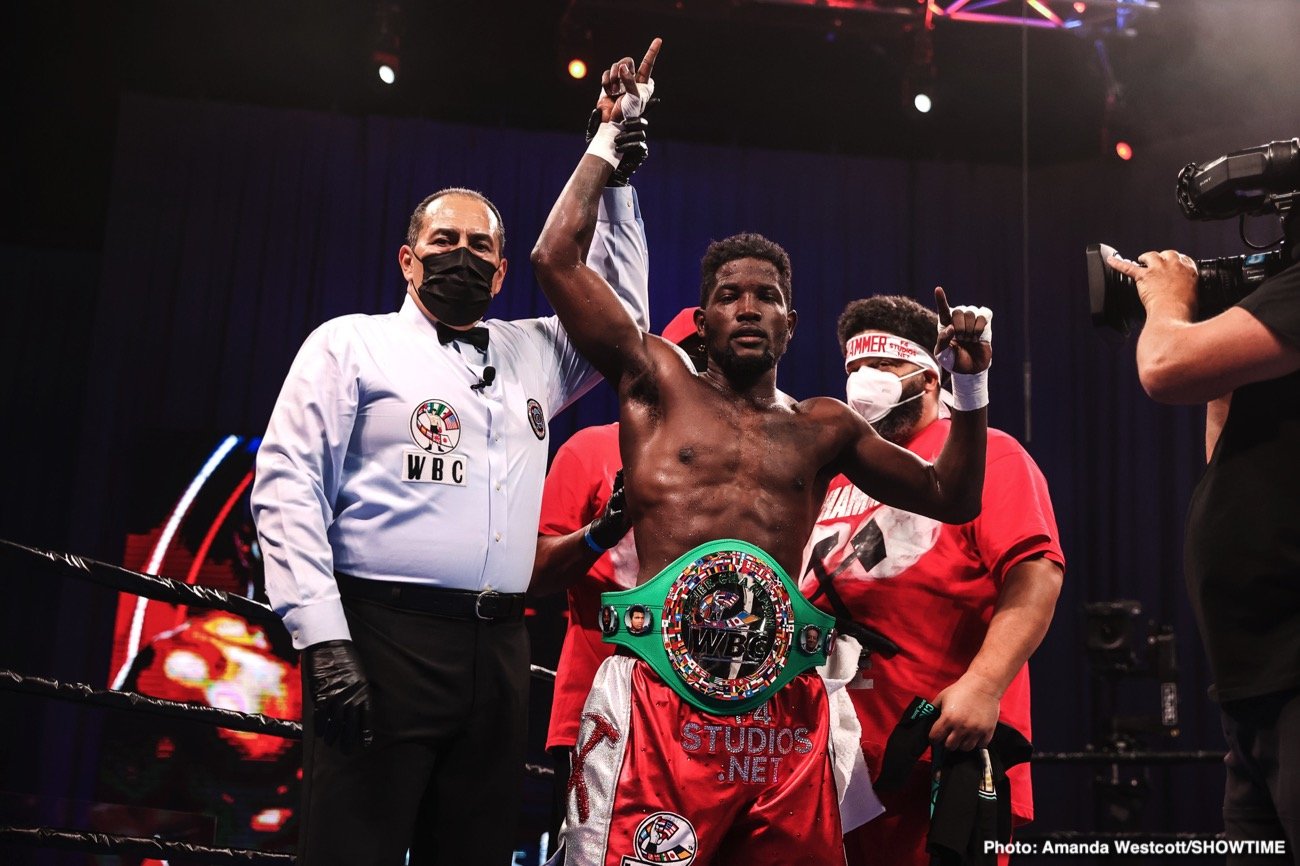 One of boxing’s biggest attractions returns to the ring as Gervonta “Tank” Davis jumps up two weight classes to the 140-pound division to take on undefeated Mario “El Azteca” Barrios, the WBA Super Lightweight World Champion. It is the second SHOWTIME PPV main event for Baltimore’s Davis, who seeks to conquer a third weight division against San Antonio’s Barrios. The last time boxing fans saw Davis, he scored one of the most sensational knockouts of 2020 against decorated champion Leo Santa Cruz on Halloween. Davis closed out 2019 with a spectacular performance against Yuriorkis Gamboa in front of a sold-out State Farm Arena crowd where he will return on Saturday night.

Viewers can purchase the telecast at SHO.com/PPV and watch live on any SHOTWIME supported device. The event is also available via all traditional cable and satellite providers and via PlayStation store and Sling TV. Davis vs. Barrios is also available at select closed-circuit locations and movie theatres.

The Emmy® Award-winning series ALL ACCESS is on hand in Atlanta to reveal never-before-seen moments from fight week, intimate scenes from the locker rooms before and after the fight and inside the ropes on Saturday night. ALL ACCESS: Epilogue premieres immediately following next week’s live telecast of Colbert vs. Nyambayar. Catch up on ALL ACCESS: DAVIS vs. BARRIOS Episode One and Episode Two before Saturday’s PPV telecast.

In less than one month, Houston’s Jermell Charlo will look to make boxing history when he defends his WBC, WBA and IBF belts against WBO champion Brian Castaño in one of the most anticipated and important fights of the year. Both fighters aim to achieve something that has never been done before by becoming the first undisputed champ at 154 pounds in the four-belt era. Despite being a pay-per-view caliber scrap, fight fans can witness boxing history on SHOWTIME. “If he’s saying he’s going to make me risk my life, what do you think I’m going to make him do with his?” said Jermell at last week’s kickoff press conference. “Charlo is strong and a good boxer but he has never suffered in the ring before. He will on July 17,” said Castaño.

ShoBox: The New Generation celebrates its 20-year anniversary with a four-fight card Friday, July 23. The popular series debuted in Atlantic City on July 21, 2001 and has produced 84 fighters who later went on to win a world title. Just as it has for the past 20 years, the upcoming quadruple-header will feature prospects matched tough.