By Charles Brun: Paulie Malignaggi predicts an easy victory for Tyson Fury over Deontay Wilder next month in their trilogy fight at the T-Mobile Arena in Las Vegas, Nevada, on July 24th.

In the former two-division world champion Malignaggi’s mind, WBC heavyweight champion Fury (30-0-1, 21 KOs) will steamroll over Wilder (42-1-1, 41 KOs) in their third fight because he was able to do it last time.

Malignaggi figures because Fury got the jump on Wilder last time by surprising him by coming straight at him with a roughhouse approach, it’ll work this time as well.

If all battles were always the same, Malignaggi’s way of looking at the Wilder vs. Fury 3 fight would make sense.

Unfortunately, each battle is different in war, and it could be a critical mistake on Fury’s part if he attempts to recycle his last game plan to use this time around.

Malignaggi seems to think Fury will get away with the same approach as last time against Deontay without him paying a heavy price.

“I think it’s hard for Wilder to match-up with Fury, and I think it’s stylistically a bad fight for him,” said Paulie Malignaggi to iFL TV. “I think Wilder is one of the best heavyweights in the world.

“For anybody that gives me the Szpilka knockout or [Luis] Ortiz knockout in the second fight, a step-back counter shot isn’t fighting going backwards.

“I’m talking about a guy that is consistently backing you up, and your momentum now is taking you backwards and psychologically; you need to be in reverse mode fighting.

“That’s what Fury does to you, and I don’t think Wilder knows how to fight like that. There have been some really great fighters that didn’t know how to fight going backwards.

“Sometimes it’s a matter of styles, and it’s a problem. I think Wilder needs to believe his own hype in this situation between he lost his last fight. So I think he needs to believe that there were reasons for it,” Malignaggi said.

Charles Brun has to disagree with Malignaggi about Fury being a bad style match-up for Wilder.

It’s not a bad one unless you’re talking about Fury getting away with murder by fouling Wilder with shots behind the head while the referee is doing zero to control those fouls.

You can argue that it’s ALWAYS a bad-style match-up when one fighter will use roughhouse tactics and are allowed to get away with them the entire fight.

Who can forget the Manny Pacquiao vs. Jeff Horn clash. If you saw that fight, you remember seeing Horn rough Pacquiao up for 12 rounds and get away with it. People said afterward that Horn was a bad style match-up for Pacquiao.

Yeah, he was because the referee didn’t do his job and penalize him for his fouling. If Wilder could hit Fury below the belt as hard as he could six to eight times per round for an entire fight, would that not be a bad style match-up for him?

If this the type of fight that Fury was up against going into the third match with Deontay, for sure, you could say that it’s bad style match-up for him.

But if the referee is doing his job, it would be a fair fight without the fouling, and it would be anyone’s guess who wins. So you couldn’t say it was a bad style match-up once you remove the fouling from the equations, right?

“For him, there shouldn’t be excuses; he should feel that,” continued Malignaggi in talking about Deontay.

“I don’t like the way he went about it, blaming [Mark] Breland and everyone else. But in his mind, nonetheless, I don’t think it’s unhealthy for him to believe that going into the fight. 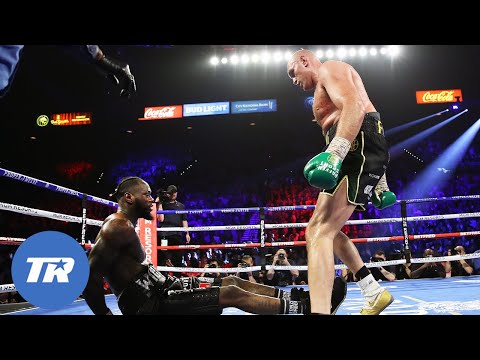 “This way, it gives him a reason to believe in himself for the rematch. I think he made a lot of disparaging comments towards Breland and started to bring race into it just because Fury is white.

“If Fury had been black, Deontay Wilder would not have brought race into it. You’re alienating a big part of your fanbase. If you’re going to be the people’s champion, you’ve got to do it a certain way.

Yeah, I think he’s going to go about it the same way; I don’t think Wilder can adjust to that,” Malignaggi said about Fury walking him down.

“Wilder can fight, but I just don’t think he can adjust to that particular part of style to fight going backwards, and I think Fury is one of the guys that can backup Wilder,” said Malignaggi.

If you take away Fury’s fouling, the bicep injury Wilder had, and the fact that he lost his legs after being clipped by a rabbit shot in the third, it’s possible that Deontay could have won that fight.

I know many boxing fans felt that Wilder deserved a knockout victory in his first fight with Fury in 2018.

That was the one in which Wilder knocked Fury out in the 12th, and the referee unbelievably gave a count while he was unconscious. So it was like, ‘What do we see here?’

So if you stick a 21st-century referee in there that night, Fury would have been knocked out.

If you want to give Fury a free pass for the fouling he did in the rematch last year and give him the win; you can argue that the two fighters are 1-1 going into their third clash.

In other words, Wilder should have won the first fight by knockout if the referee had done the right thing and stopped the clash after Fury was poleaxed in the 12th.

“People say, ‘He’s not a big puncher; how is he hurting Wilder?’ So when you’re being backed up and bullied, something psychologically clicks in you.

“It’s like, wow, it’s like a boy being beaten up by a man. It psychotically brings you down. Wilder may not have wanted to stop fighting in the last fight, and that shows the heart of a champion.

“But he was also like a boy being beaten up by a man. He couldn’t stop that momentum of Fury. Like Fury says, he’s going to be able to run over Wilder again.

“To me, Fury already proved that he could outbox him in the first fight. Then, in the second fight, he just ran him over.

“I think that’s the approach to take. I think Fury was brilliant to realize that in round 12 of the first fight to where he realized, ‘If I back this guy up, he can’t fight me.’I think it’s going to be the same way again,” said Malignaggi.

“I don’t want to underestimate Wilder, but we have seen him in twice with Fury and I don’t think he matches up well,” Malignaggi said in repeating his theory.

Malignaggi is taking a simple shortcut to predict what will happen in the third fight between Fury and Deontay.

It’s so utterly easy for Malignaggi and the lazy boxing fans that don’t want to take time to look at the hard work that Wilder is putting in with his new coach Malik Scott to improve.

What Malignaggi and others are doing in making a prediction is remembering what happened in the second fight and saying, ‘Deontay doesn’t have a chance because he lost last time.’

What they fail to realize is that Wilder was injured, Fury was fouling with rabbit punches, and it was a different coaching situation.

Wilder had Mark Breland in his corner for that fight, and they weren’t expecting Fury to bum rush the way he did with his rabbit punching.

Wilder has a new coach, his right bicep is healthy, he won’t be wearing a heavy ring-walk costume, and if Fury chooses to foul like last time, he’ll be ready for that style of fighting. 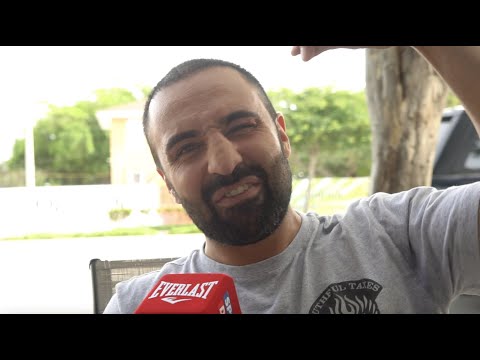 
« Teofimo Lopez Jr vs. George Kambosos Jr could be added to De La Hoya vs. Belfort card on Sept.11 on Triller pay-per-view