By Sean Jones: Logan Paul is predicting a third-round knockout victory for his brother Jake Paul over Tyron Woodley. If Jake can score a quick knockout of the 39-year-old Woodley, that would be impressive.

Woodley will have a good game plan, and he’ll be ready for Jake. If Jake wants this fight, he’s going to need to work hard because Woodley isn’t going to surrender at the first hint of trouble.

“Jake continues to challenge himself, and he’s moving at his own pace,” said Logan Paul when asked about his thoughts on Jake’s fight with Tyron Woodley. “I decided to skip right to the best,” Logan said about him fighting 44-year-old Floyd Mayweather, who is a million light-years away from being the best at 147.

“Knockout for sure,” Logan said about a prediction for the Jake vs. Woodley fight. It’ll probably take three.” 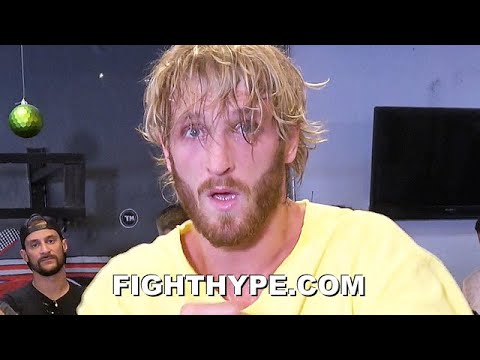 Logan’s prediction is too quick for the type of opponent that he’s facing. Woodley has more stand-up skills than Ben Askren, and his chin better as well.

The right-hand shot that Logan dropped Askren with in the first likely won’t have any effect on Woodley.

If Jake is going to knock Woodley out, it might take an accumulation of blows over the course of the fight. It’s doubtful that Jake will be able to stop Woodley early the way he’s done against his inept opposition.

It’s no wonder why Jake has looked so impressive as a professional. He’s been fighting hand-picked opposition with no skills to compete with him.

I would say that Woodley might be the guy to beat Jake, but his age and his recent string off four straight losses look bad.

If you saw Woodley’s last four fights, they were all winnable ones for him, but he looked like he had no ambition to fight hard the way he needed to win.

Woodley looked mentally shot in those fights, and now he’s taking on Jake Paul, who will be trying to take his head off. If Wooley can’t get motivated for this fight, he won’t last.

“I am not impressed one bit,’ said Stephen A Smith to ESPN about Jake Paul fighting Tyron Woodley.

“In his first three career boxing matches, Jake Paul fought a youtube, a former NBA player in Nate Robinson, and a former UFC fighter in Ben Askren, who is primarily a wrestler, he just showed up in the octagon.

“Not an actual boxer in the bunch. Look, I know that’s fine. You got to ease into it, I get all that, but at some point, you’ve got to fight a real boxer, Jake.

“You’ve got to fight someone with some real muscle memory in the sport. I don’t give a damn if it’s an amateur.

“It doesn’t even have to be a pro, but somebody with muscle memory for actual boxing. Not somebody like Woodley, who is a UFC fighter and a mixed martial artist and a wrestler and all of that,” said Smith.

What real boxer would Stephen A suggest Jake Paul fight? If you throw Jake in with a light heavyweight to give him a weight advantage, he’d still be out of his class. This writer is trying to imagine how long Jake would last if he fought IBF/WBC light heavyweight champion Artur Beterbiev or WBO champ Joe Smith Jr.

If Jake fought someone his own size from the cruiserweight division, he’d struggle against the best. Jake might be able to beat some of the top 15 cruiserweights, but not many. He’s too reliant on his power to win his fights, and you can’t do that if you want to take on the best.

Smith: Jake must fight real opponents to get respect

“Woodley’s not much different than Ben Askren,” said Smith. “I promise you he’s a better boxer, he’s certainly a better puncher, but he’s not a boxer.

“Remember Askren, who Paul took out by TKO in the first round back in April, looking like he was fighting in the 1930s with his hands like this.

“Remember that? A UFC guy passed his prime, Askren and Woodley. Hey y’all, they even wrestled together back in college. Wrestled, not boxed.

“If Jake Paul is ever going to get the respect in boxing that I know he wants, he has to face real opponents. Let me say this about Jake Paul.

“I love the attention he’s bringing to the sport of boxing. That’s a good thing, and I respect his business savvy.

“I get it, Jake Paul is good for the sport of boxing, but here’s the thing. It’s not really boxing if you’re not fighting an actual boxer.

“At some point in time, we do have to say that. I love Jake Paul, I’m rooting for him. make that money, bro.

“But can you fight somebody with muscle memory as a boxer? Come on now, come on,” said Smith. 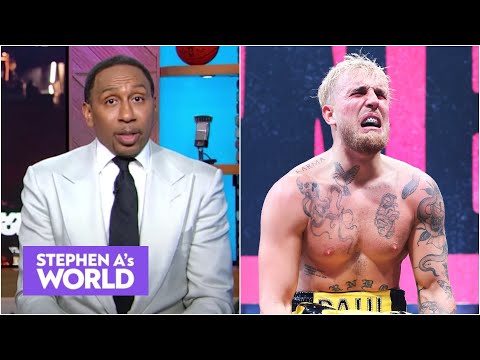 With the money he’s making to fight former UFC guys, NBA players and fellow YouTubers, why would Jake Paul want to deviate from that to fight a real boxer with?

You’ve got to believe that Jake understands what his ceiling is already in boxing from having sparred different people. You can see Jake’s bruises from time to time that he bite off more than he can chew.

Jake obviously understands by now that if he steps it up against a true boxer from the top 15, he’ll have a hard time.

Why would Jake want to mess things up for himself? He’s found a niche by following Floyd Mayweather’s path of taking on MMA guys and making a lot of money.

Obviously, if Jake were to take on a real cruiserweight boxer like Lawrence Okolie, Mairis Briedis, or Yuniel Dorticos, he’d likely be knocked out right away.


« Is Floyd “Money” Mayweather His Own Worst Enemy?