By Brad Slotnick: WBC middleweight champion Jermall Charlo made it clear on Wednesday that he has no interest in talking about a future fight with Canelo Alvarez because his entire concentration is on his next challenger Juan Macias Montiel on June 19th on Showtime.

Montiel, 27, has no credible wins on his 12-year resume over relevant top 15 contenders. His best win came against a shot James Kirkland last December with a first-round knockout.

When Montiel tried testing himself against first tear fighters, he was blown out in two rounds by Jaime Munguia in 2016 and fought to a 10 round draw against Hugo Centeno Jr in December 2019.

The real question is, why is Charlo’s management matching him against guys like Montiel still? Are they hiding something, or is all they’re capable of getting for him?

It looks to some boxing fans that Charlo’s management and purposefully matching him against weak opposition to keep him winning as long as possible, even if it means he never achieves stardom because of that.

Is Charlo using his weight class as an excuse?

“You know Canelo is at 168, I’m at 160, and I’m focused on Montiel right now. Don’t make an enemy out of me,” said Jermall Charlo during his conference call on Wednesday. “Yeah, hopefully, we get to see that fight one day.”

The fans know full well that Charlo could easily move up to 168 to challenge WBA/WBC/WBO super middleweight champion, Canelo Alvarez if he wanted to.

As big as Charlo is, he can’t use the weight as an excuse for not fighting Canelo because he’s bigger than him, much bigger.

Charlo not worried about Montiel’s power

“It’s going to be fireworks. I’m giving you the best Jermall Charlo I can give you,” said Jermall when asked why boxing fans should watch his fight on June 19th.

“I’ve got a guy like Montiel who is going to come straight forward and bring me some power.

“I’m going to put it in my pocket and charge my phone up with it. Hey, get ready. It’s going to be a good night of boxing. I’ll be damned if I’m letting Montiel take any advantages over me.

“I’m excited. I’m ready. This is a dream fight I’ve been waiting for all my life,” said Montiel. “We’ve been training for months getting ready for this fight, and I am more than ready to step up to this challenge.”

“No pressure, I’m a fighter, I’m a professional at what I do,” said Charlo. “It’s my legacy on the line. So no matter what’s going on, I’ve got to continue to be great.

“I’ve got the best trainer in the world. I’ve been training the best. I’m so ready for this fight. I know Montiel is going to bring a strong challenge. He’s going to listen to Samson and try to knock me out.

“You’re putting pressure on yourself. Normally, when they talk s***, we lay them out. I’m going to be prepared, I’m ready, and I’m at the top of my level in my prime.”

“He’s a pressure fighter, he fights from both sides, and he’s going to have to fight fire with fire,” said Jermall Charlo of Montiel. 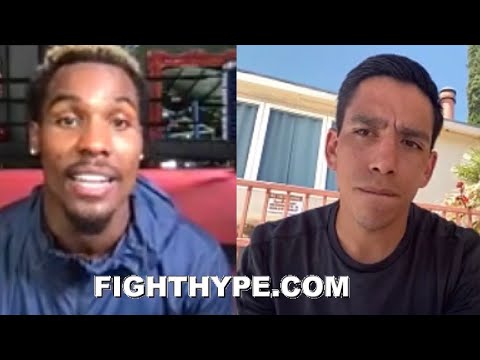 Jermall Charlo not frustrated at failing to get Canelo, GGG or Andrade fights »