By Jimmy James: Upcoming American undefeated boxer, Floyd Schofield, said in a live video interview with Golden Era Boxing, that Devin Haney’s father saved his son from going down in sparring, “I would have knocked Haney down, if his father wouldn’t have saved him.”

Floyd Scholfield Sr, also confirmed the sparring session, and added that “even with Linares, my Son (Schofield Jr) said Haney is not the guy the world thinks he is.” And added, “his chin is questionable, he has no power, so everything we saw this weekend he said it months ago.”

Haney gained a new wave of doubters, who questioned his performance this week against former world champion Jorge Linares, sparking criticism around the boxing world. Fighters like Ryan Garcia are now making fun of him, despite the fact Garcia also ducked him when Haney called him out.

In my eyes, he did dominate the fight against Linares and it wasn’t a close fight, but veteran Linares is not a fight he should have taken to start with. Why not fight against Rolando Romero, Javier Fortuna, or Issac Cruz instead, who are in their prime? Why not fight Regis Prograis?

Even if Vasyl Lomachenko, Teofimo Lopez, and Garcia ducked you, you can still find younger opposition than fighting Linares. Against Russell Jr, would have been a much better fight.

Devin’s father should tell Haney to start working on his power, or else this time there will be no one to stop Schofield in the ring once he starts dominating his division. 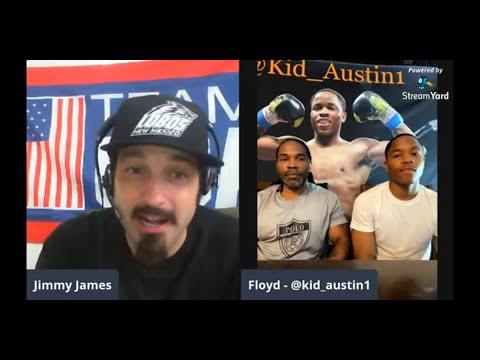 
« Jason Moloney: “I Want The Best, Love To Fight Donaire”

Ricky Hatton: Pacquiao must raise his game against Spence »