By Charles Brun: Deontay Wilder already has his sights set on Anthony Joshua for their long-awaited unification later this year in December after he rips back his WBC heavyweight strap from Tyson Fury on July 24th.

Wilder admits that he’s not someone that fighters want to face for obvious reasons. He hits too hard.

Will Joshua agree to fight Wilder?

Nevertheless, Wilder (42-1-1, 41 KOs) suspects that Joshua (24-1, 22 KOs) is already looking for a way to worm his way out of a fight with him by choosing to make a mandatory defense against possibly Joe Joyce.

The World Boxing Organization would likely give Joshua an exception to face Wilder if he asks for one, but he has to ask.

If he chooses, Joshua can certainly bypass the fight with Joyce to face Deontay, but it’s a dangerous fight. AJ may opt to go in the direction of least resistance by taking on the slow behemoth Joyce in a fight that would play out big in the UK.

Wilder is obviously getting ahead of himself by talking up a fight with Joshua at this early stage in the game.

IBF/WBA/WBO heavyweight champion Joshua still has his work cut out for him in his defense against WBO mandatory Oleksandr Usyk in September at the Tottenham Hotspur Stadium in North London, UK. 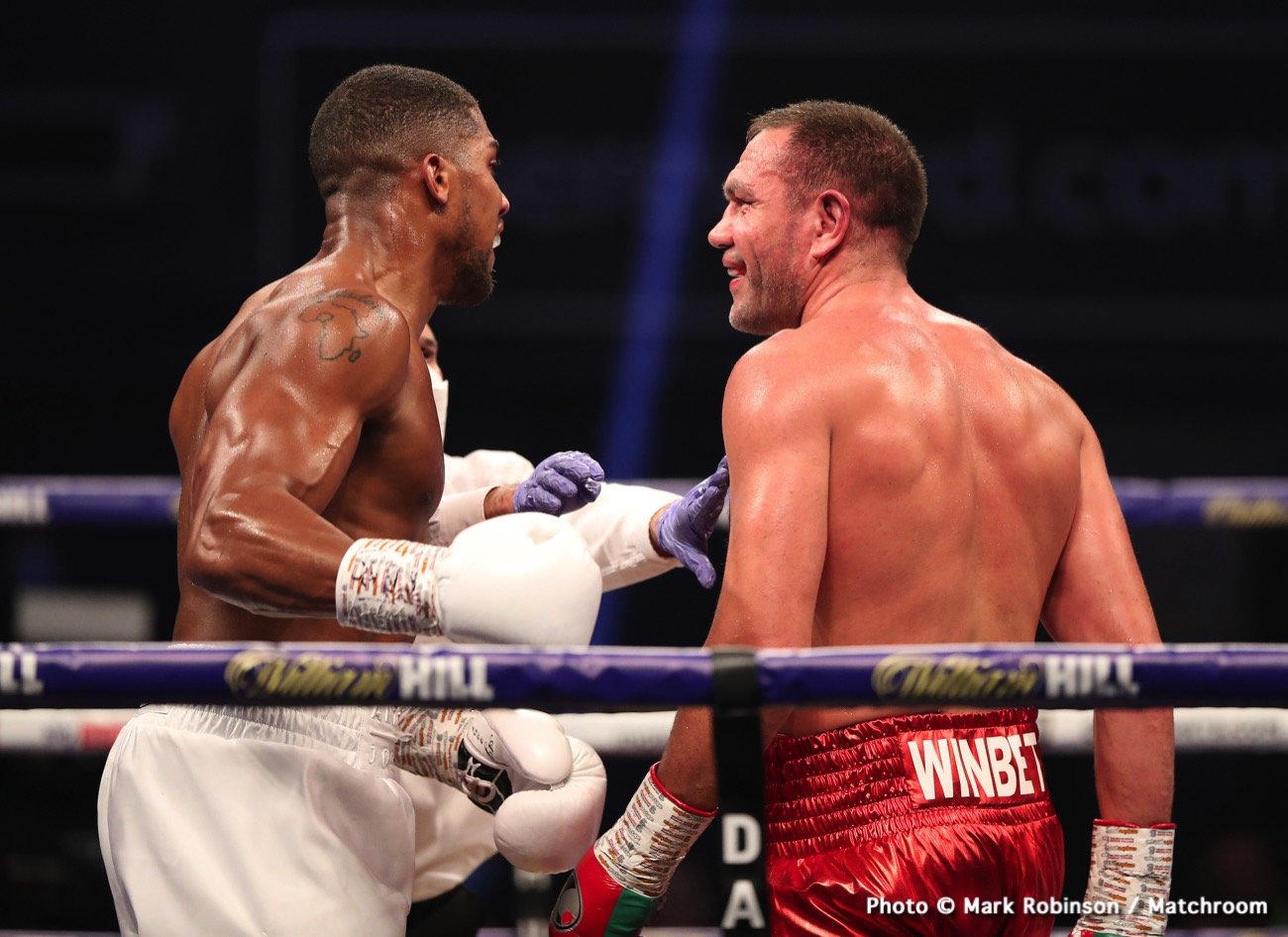 Wilder: I want Joshua without any excuses

“Most definitely, hands down [I want the Joshua fight], Wilder said to Sky Sports.”Without no excuses, no mandatories, nothing in the way.

“As I see, they are already making up excuses. They [Team AJ] already got a mandatory planned ahead,” said Wilder about Joshua needing to defend against his WBO mandatory Joe Joyce in 2022.

“No one really wants to fight someone like me, and I don’t blame them.”

“In a devastating fashion,” said Wilder in predicting how he’ll beat Joshua.

If Wilder impressively blasts through Fury on July 24th, he’s going to have momentum heading into the undisputed clash with Joshua this December. That would be a huge fight.

“He [Fury] was very immature. His team was immature to look past us,” said Wilder.

“Foolish of them, stupid of them to think that they would just go past us,” said Deontay about Fury believing he could walk away from their contractual rematch.

It seems that Fury thought Wilder would do nothing when he chose to ignore their rematch clause and try and walk away without giving him the third fight.

That was a strange move on Fury and his team’s part, but it shows how badly they wanted the Joshua fight.

The thing is, if Fury had just taken the fight with Wilder last December, he would have been free to face Joshua in August if he’d won.

But you can argue there was worry on Fury’s part in what could happen to him facing an angry and 100% healthy Wilder, who is out for blood. Fury has woken up a sleeping giant with his foul-plagued win.