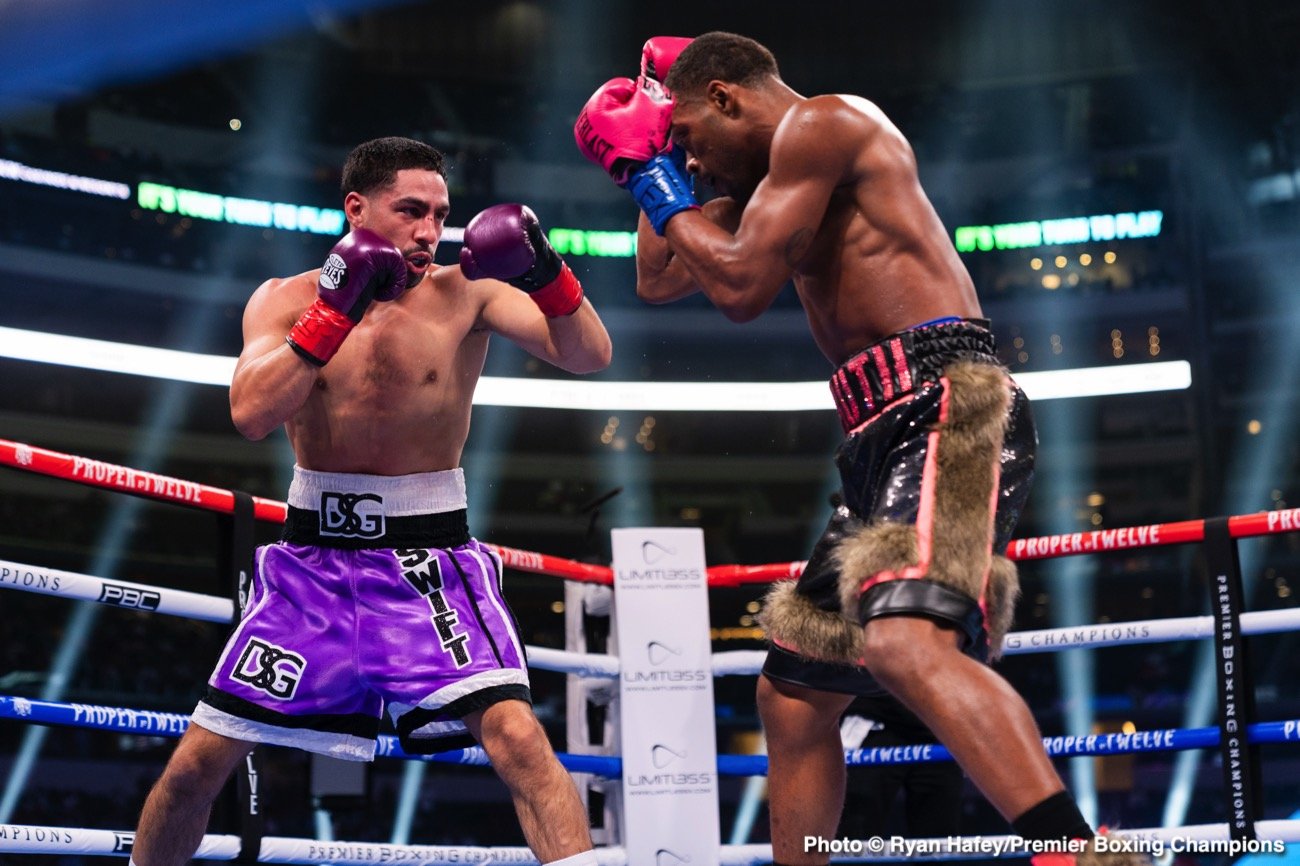 By Chris Williams: Danny Garcia says he sees the Manny Pacquiao vs. Errol Spence Jr fight as a “50-50” affair that could end by knockout either way on August 21st.

Danny ‘Swift’ Garcia (36-3, 21 KOs) is coming off a 12 round unanimous decision defeat to IBF/WBA welterweight champion Spence last December at the AT&T Stadium in Arlington, Texas.

What we don’t know is if Danny is embittered from the experience of losing to Spence. If Garcia is resentful about losing to Spence, that might explain why he’s picking the 42-year-old Pacquiao to win.

“I think it’s a 50-50 fight, to be honest,” said Danny Garcia to Fighthype on the Pacquiao vs. Spence Jr fight. “I think I can see both of them knocking each other out. And I think this fight is not going to go the distance.

“I think somebody is getting knocked out. It could be either-or. If Manny fights the way he fought Thurman, I believe he can stop Spence. But if Spence comes with his A-game, I think Spence can stop him with a body shot,” said Danny Garcia.

Former WBC/WBA welterweight champion Keith ‘One Time’ Thurman looked like a faded fighter against Pacquiao in their fight in July 2019.

This wasn’t the Thurman from the zenith of his career back in 2016 when he was viewed as the #1 welterweight in the world.

The Thurman that Pacquiao had taken off a lot of weight during training camp, and he wasn’t anywhere near the fighter he’d been three years earlier in 2016. Even with Thurman not at his best, he almost beat Pacquiao.

“Hell, yeah, he’s a legend, Manny Pacquiao, so he always has that motivation,” Danny Garcia said when asked if the 42-year-old Pacquiao inspires him.

“So age don’t matter. He knows what to do. You got to bring your A-game against Manny.”

Unfortunately, age DOES matter. It matters a lot unless you’re an older fighter like Floyd Mayweather Jr taking on a Youtuber like Logan Paul.

Age doesn’t matter when you’re fighting YouTubers like Floyd, but it means everything when you’re facing elite fighters like Errol Spence Jr.

The only reason Pacquiao won that fight is that Thurman has been sitting on the shelf, not fighting, licking his battle wounds from his 2017 fight against Danny Garica. Thurman got fat in eating himself to 180+ before starting training camp for his fight with Pacquiao in 2019.

So not only was Thurman ring rusty, his training camp was basically a fat farm for the first half of it.

Dillian Whyte shows respect to Alexander Povetkin after his retirement »