By Sean Jones: David Benavidez (24-0, 21 KOs) says he’ll be ready to take on Canelo Alvarez soon once he’s positioned himself to fight for his titles.

Canelo (56-1-2, 38 KOs) is fighting for the undisputed championship at 168 in September. But after that fight, he and Benavidez need to go at it for the true supremacy for the super middleweight division..

Benavidez is fighting former IBF super middleweight champion Jose Uzcategui (31-4, 26 KOs) next on August 28th. That fight will help push Benavidez up in the IBF, WBA, WBC, and WBO rankings.

Unless Canelo chooses to vacate his 168-lb titles if and when he beats Plant on September 11th, he will need to fight Benavidez. If he’s Canelo’s mandatory, it’ll look bad if he refuses to fight Benavidez or if he ignores him and dares the sanctioning bodies to strip him.

“Canelo, you have to have power to keep him off of you,” said David Benavidez to SnowqueenLA. “You see Billy Joe Saunders; you see Callum Smith, you see Yildirim; all those dudes didn’t have the power to keep him [Canelo] off of him.

“That’s why Canelo goes in there and walks everybody down because he doesn’t respect any of these guys’ power.

“I think when you get a fight against Canelo, you have to fight every minute, every second of every round.

“He’s the best right now. You have to stand there and fight him; it has to be man to man. I don’t think anybody can knock me out. No,” said Benavidez when asked if Canelo has the power to knock him out.

“I’m working on defense, head movement, and power too. I got to make sure if he gives me one, I got to give him two back.

“It’s like two bulls coming at each other. I love knocking people out with body shots,” said Benavidez.

“I want to challenge myself. I’m not a hater, I give Canelo his credit, but I feel this is a fight that needs to happen. People want to see this fight,” said Benavidez.

Canelo will likely try and walk Benavidez down as he did with Billy Joe Saunders, Callum Smith, and Avni Yildirim. If Benavidez lets his hands go in combination form, Canelo will back off and fight cautiously as he did against Erislandy Lara.

“When the time gets here, I’m going to be extremely ready,” said Benavidez about him fighting Canelo.

“I never liked Caleb Plant. He’s got the skills, but he doesn’t have the power if he gets in the ring with me to back me up because I’m going to be walking through his shots.

“The thing about Caleb Plant’s fights is he does good the first five, six, seven rounds, and then in the last rounds, he kinds of fades, and he gets hit with shots that he shouldn’t be hit with.

“For me, I land one big shot, and I change the whole dynamic of the fight. That’s kind of what I’m going for,” said Benavidez.

One of the reasons Benavidez doesn’t like Plant is because he won’t fight him. Benavidez has been calling Plant out, but he’s not had any luck.

Plant could have fought Benavidez while he’s waiting for the Canelo fight in September, but he chose not to.

“[Jermall] Charlo, we’re both brawlers,” said Benavidez. “It’s going to be like Barrera vs. Morales, so I’m excited about what’s coming.

“I’m sure they would have made that happen. If it would have been me vs. Charlo, and the winner faces Canelo.

“He’s [Charlo] a good brawler. He’s not bad at all; he’s good. For me, that’s why I want these types of fights.

“I want to be a legend. He throws good shots, and he’s powerful. I’m willing to take the challenge because I want to challenge myself,” Benavidez said.

Jermall Charlo (31-0, 22 KOs) is likely going to stay at 160 for the remainder of his career because he sounds like he’s no interest in moving up in weight.

Charlo is already 31, and he’ll likely start showing age soon and wind up being beaten by one of the mediocre contenders that he chooses to fight.

Uzcategui next up for Benavidez on Aug.28th

“We’re both trying to get back to a world title. He’s another bull; we’re going to go toe-to-toe, and let’s see who gets the knockout.

“I guarantee it’s going to be me. I know there are big fights over the horizon, and I’m very excited about what’s coming in the future.

“A long time ago, I sparred him [Uzcategui] when I was 19 or 20-years-old. He went up there [to Big Bear, California], and he thought he was going to beat me up, but I got the better of him.

“I know Uzcategui’s style really good, and that’s why I’m excited to have this fight.

“I know he’s going to come straight forward looking for the fight, and those are the types of fighters that I love to fight.

Former IBF super middleweight champion Uzcategui will get a chance for Benavidez to show what he can do against the former champion. Caleb Plant dethroned Uzcategui in 2019.

Initially, Plant dominated in the early round, but just as Benavidez says, he gassed out, and Uzcategui came on in the last quarter of the fight. 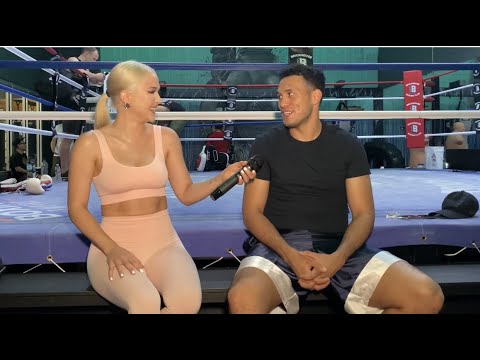 Who Holds the Record for the Most Successful Title Defenses? »